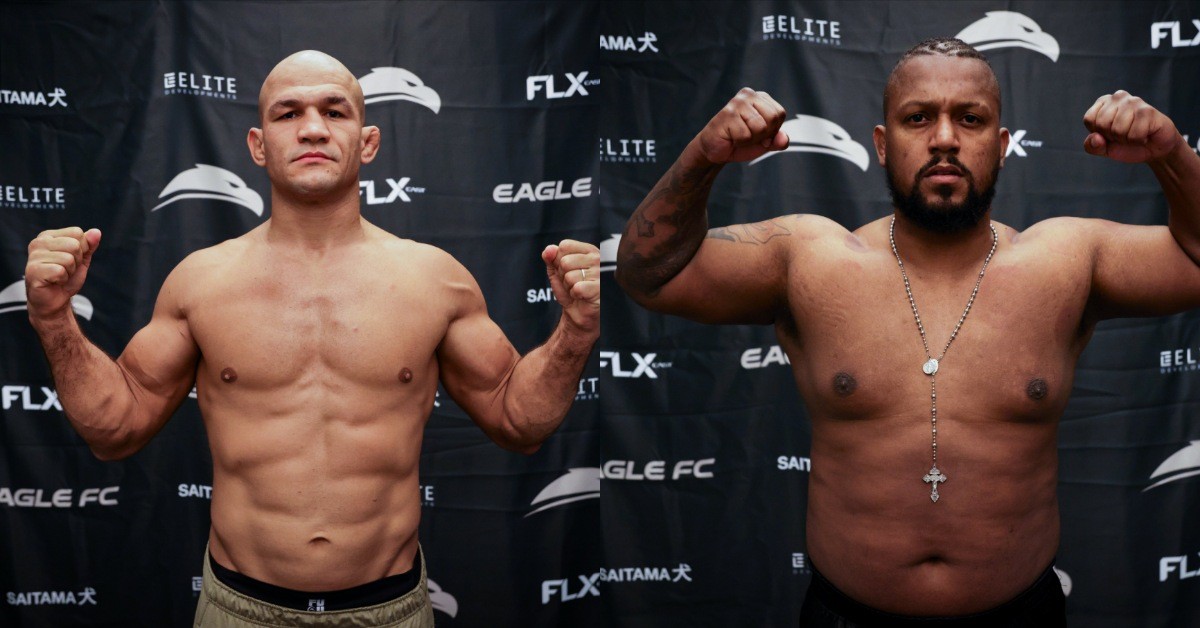 Junior Dos Santos will be back in action this Friday at Eagle FC 47. He is set to take on a fellow former UFC heavyweight fighter Yorgan De Castro. EFC owner, Khabib Nurmagomedov has previously stated the result of the fight will have a significant impact on the promotion’s future. While De Castro will fight for the heavyweight title, JDS may get to face Fedor Emelianenko in a possible super fight.

JDS is coming off of 4 straight losses. Since beating Derrick Lewis in 2019, Junior has lost to Francis Ngannou, Curtis Blaydes, Jairzinho Rozenstruik and Ciryl Gane. But all of them are currently prominent fixtures in the top end of the division. Although it proves that JDS can not hang with the best anymore, he certainly has a lot more to offer. Despite being 38 years old, the former UFC heavyweight champion can certainly compete for a few more years.

Yorgan De Castro on the other hand never reached his full potential in the UFC. He beat Sanford Alton Meeks in the Dana White’s Contender Series via TKO. After earning a UFC contract, Yorgan beat Justin Tafa via KO on his debut for the company. But that was the extent of his success in the UFC. The 34-year-old lost 3 bouts in a row and ultimately got cut from the promotion.

Now their paths will cross in the Eagle Fighting Championship. The company has previously held two events in the USA and this will be its third foray into the country.

Eagle Fighting Championship’s 47th event will once be held inside the FLX Arena in Miami, Florida. The event is set to take place this Friday, May 20th.

In the USA: Fans in the United States of America can watch the event for free on the FLX application. The event will go live on air from 6 pm ET/3 pm ET. The official website of Eagle FC (eaglefc.com) will also stream the event live.

Tune in TONIGHT on the @EagleOnFLX website or app#EagleFC47: Dos Santos vs. De Castro | TONIGHT 6P ET | LIVE and FREE on FLXcast worldwide and Combate in 🇧🇷 | Sign up today at https://t.co/QslxaipV9R pic.twitter.com/9AZZpt0dpX

In Russia: Because Khabib Nurmagomedov has roots in Russia, the Russian fans will also keep an eye out for the event. They can watch the fights for free on the FLXcast application or stream the event live via the official Eagle FC website.

In the UK: British MMA fans can view the event as well via the FLXcast application or via the official Eagle FC website. The event will commence at 11 pm GMT.

In India: Due to the timezone difference, the event will take place on May 21st in India. Indian MMA enthusiasts can watch the event for free from the Eagle FC website or the FLXcast application.