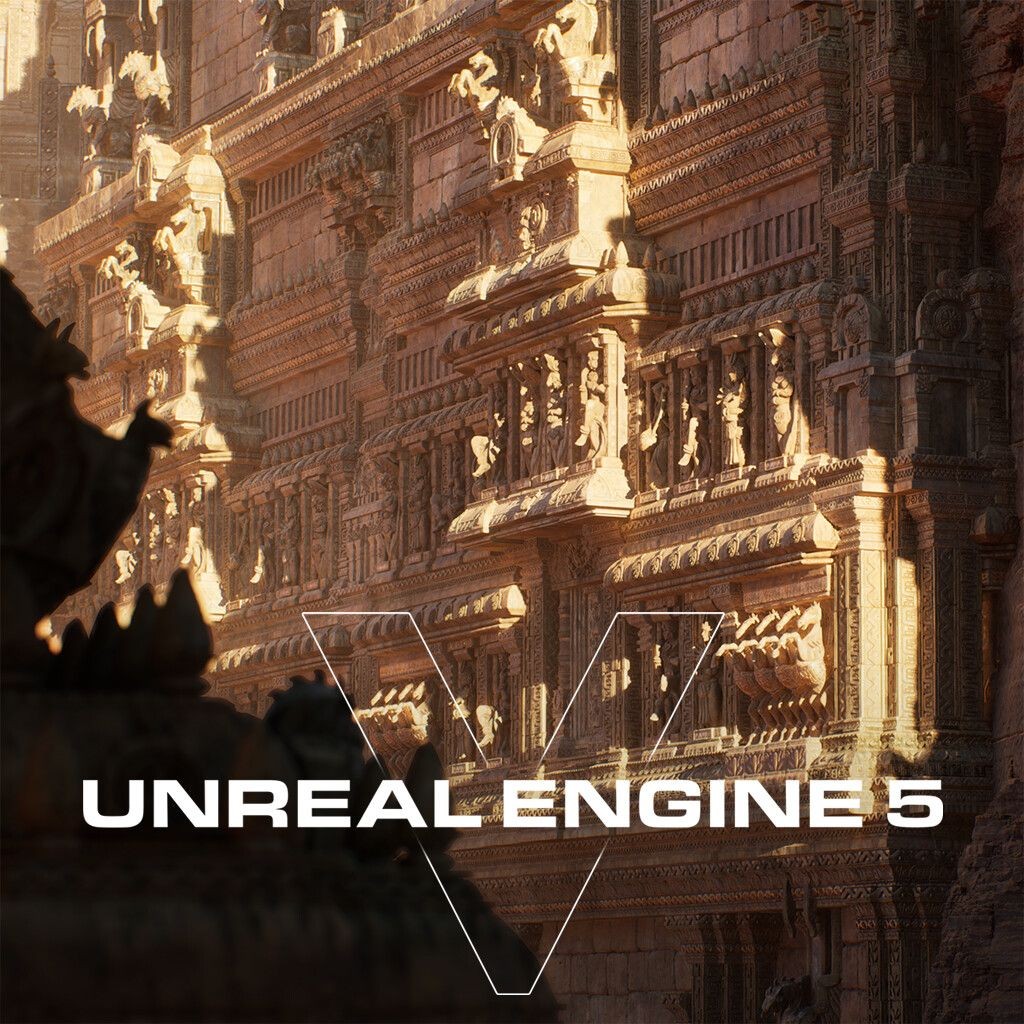 Early access to Unreal Engine 5 is currently available. Epic Games said on Wednesday that any developers can download the next edition of its game engine for testing reasons. Unreal Engine 5 has just received its first look. One of our objectives for the next generation is to achieve photorealistic graphics on par with movie Animation and real life. To make it accessible to development teams of all sizes via highly efficient tools and content libraries.

Achieving the quality in Unreal Engine 5

To make this increase in quality possible, a number of teams and technologies have collaborated. The team used the Quixel Megascans library to create enormous scenes with Nanite geometry technology, which provides film-quality objects with hundreds of millions of polygons. PlayStation 5 has a huge increase in storage bandwidth to allow significantly larger and more detailed scenes than prior generations.

Here’s the whole list of significant features on which they’ve worked. Their method of defining each crucial element and ensuring its perfect quality 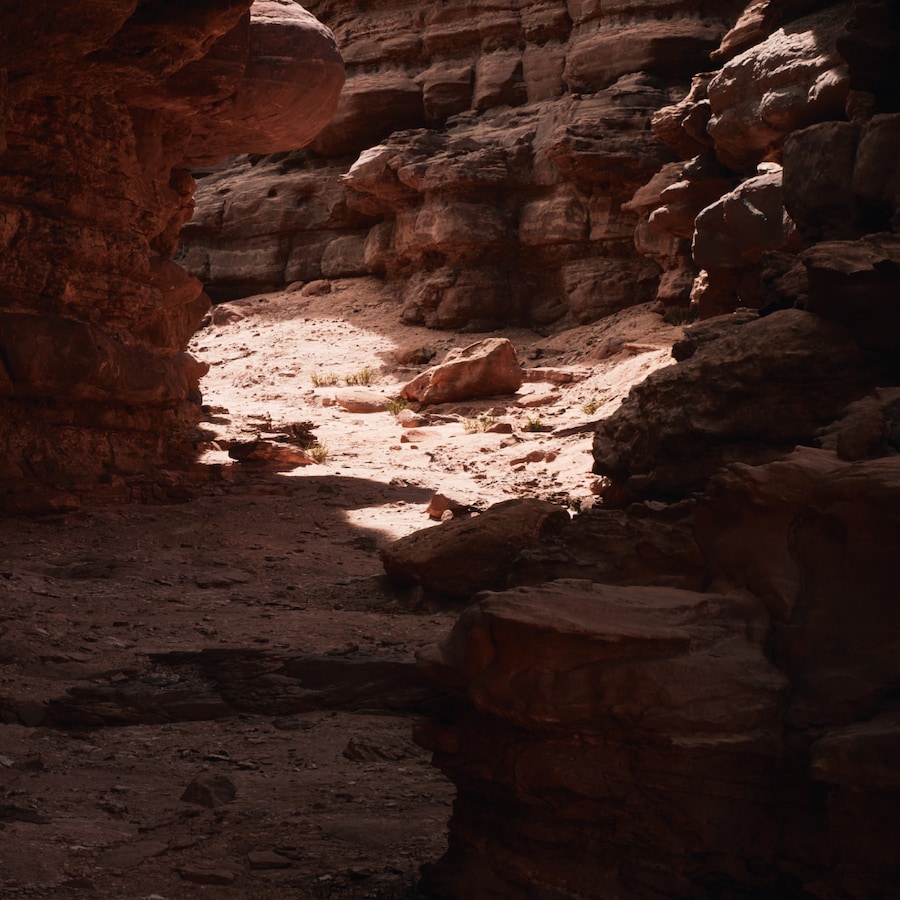 Lumen is a fully dynamic global illumination solution that lets you create dynamic, believable scenes where indirect lighting adapts on the fly to changes to direct lighting or geometry—for example, changing the sun’s angle with the time of day, turning on a flashlight, or opening an exterior door.

With Lumen, you no longer have to author lightmap UVs, wait for lightmaps to bake, or place reflection captures; you can simply create and edit lights inside the Unreal Editor and see the same final lighting as when the game is run on console. 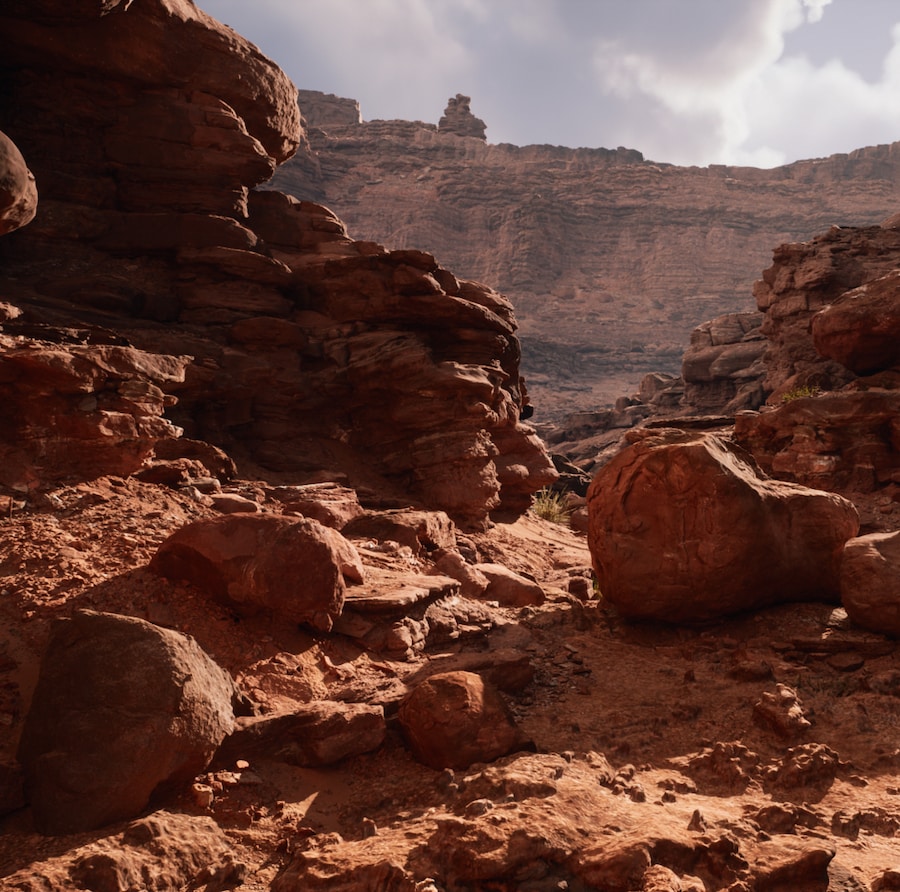 Create games with massive amounts of geometric detail with Nanite, a virtualized micropolygon geometry system. Directly import film-quality source art comprised of millions of polygons—anything from ZBrush sculpts to photogrammetry scans—and place them millions of times, all while maintaining a real-time frame rate, and without any noticeable loss of fidelity.

Nanite intelligently streams and processes only the detail you can perceive, largely removing  poly count and draw call constraints, and eliminating time-consuming work like baking details to normal maps and manually authoring LODs—freeing you up to concentrate on creativity. One of our ongoing goals is to make the creation of open worlds faster, easier, and more collaborative for teams of all sizes. With Unreal Engine 5, a new World Partition system changes how levels are managed and streamed, automatically dividing the world into a grid and streaming the necessary cells.

Team members can now also simultaneously work on the same region of the same World without treading on each other’s toes, thanks to a new One File Per Actor system, while with Data Layers, you can create different variations of the same World—such as daytime and nighttime versions—as layers that exist in the same space. 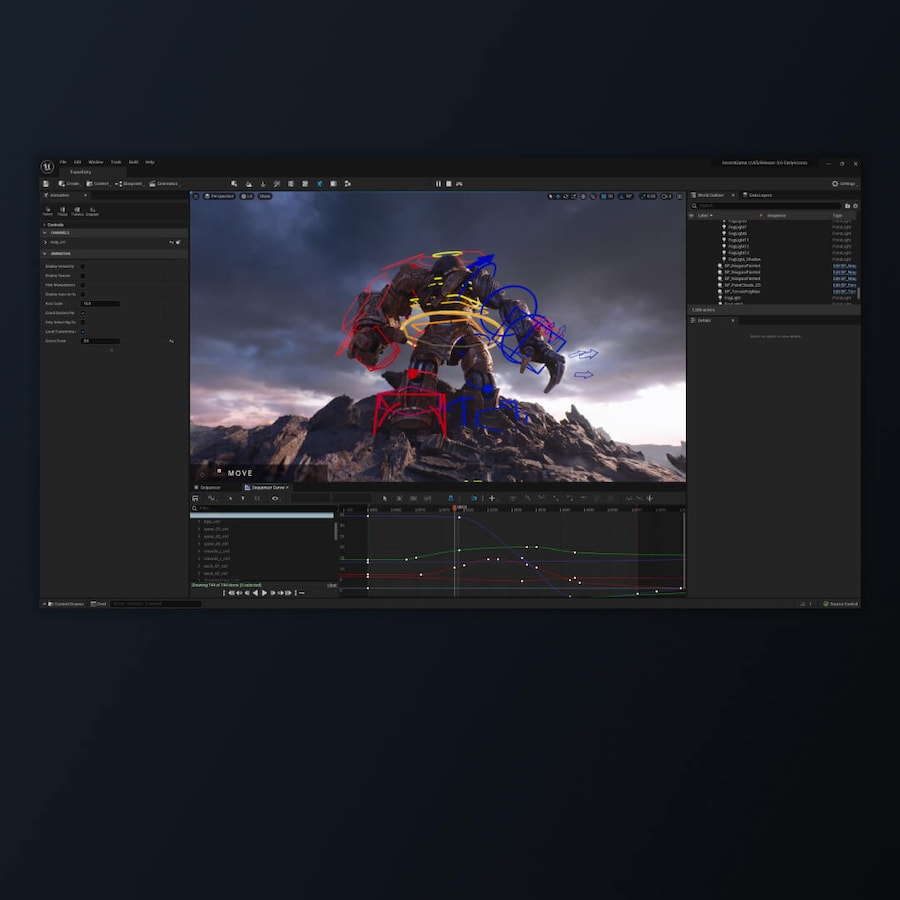 Artist-friendly tools like Control Rig let you quickly create rigs and share them across multiple characters; pose them in Sequencer and save and apply the poses with the new Pose Browser; and easily create natural movement with the new Full-Body IK solver. And with Motion Warping, you can dynamically adjust a character’s root motion to align to different targets with a single animation. 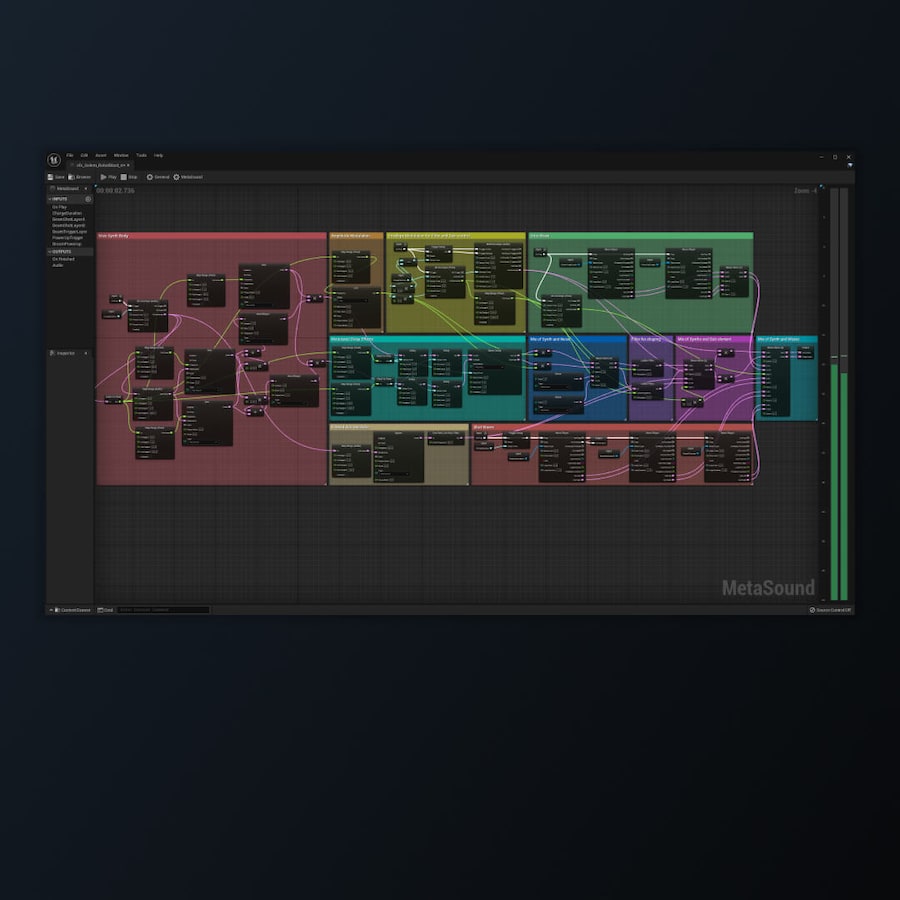 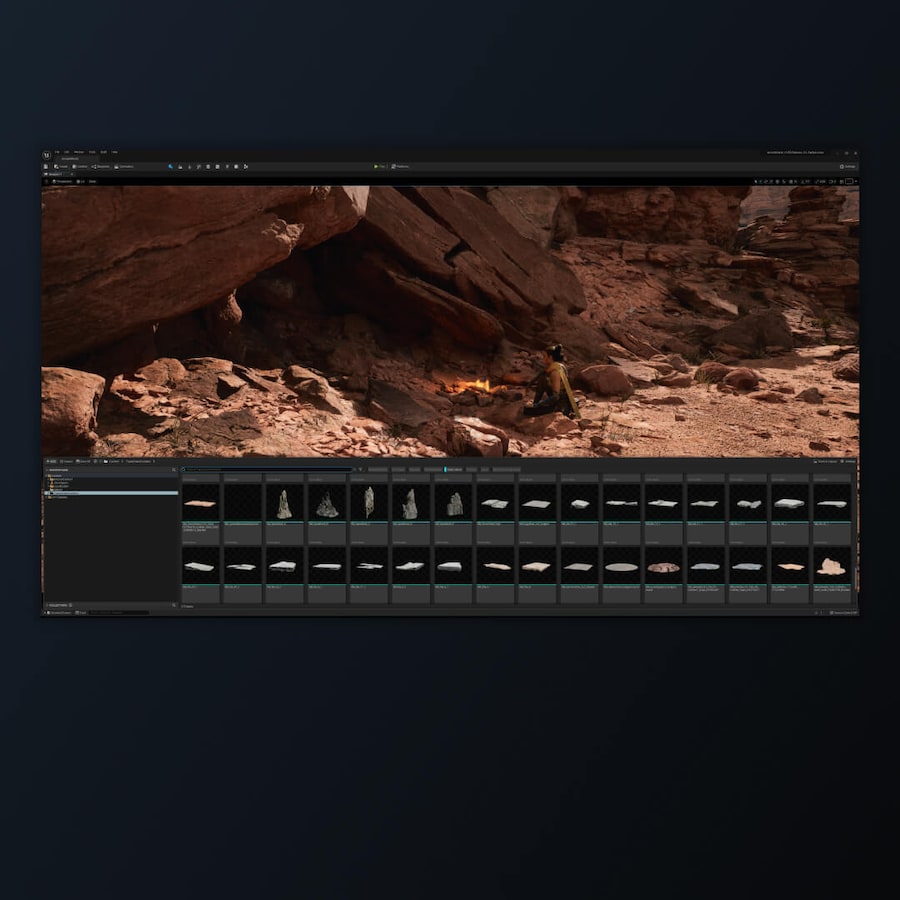 The revamped Unreal Editor provides an updated visual style, streamlined workflows, and optimised use of screen real estate, making it easier, faster, and more pleasing to use. To free up more space for viewport interactions, we’ve added the ability to easily summon and stow the Content Browser and to dock any editor tab to the collapsible sidebar. You can now quickly access frequently used properties in the Details panel with a new favouriting system, while the new Create button on the main toolbar lets you easily place Actors into your world.

Existing engine systems such as Chaos physics and destruction, Niagara VFX, convolution reverb, and ambisonics rendering are also featured in the demo.

Find out more and go hands-on with Nanite, Lumen, and all of the exciting new tools and features: https://t.co/U47glzF20K

as stated by their advertisement Unreal Engine announced

“Starting today, you may download and utilize Unreal Engine for free to create games, just like you always have, with the exception that royalties on your first $1 million in gross revenue are now canceled. The new Unreal Engine licensing conditions, which go into effect on January 1, 2020, provide game creators with a significant edge over alternative engine license models.”

What fans are trying out on Unreal Engine 5

So now that Unreal Engine 5 is out, I wanted to answer the burning question that everyone has been thinking about: how many crabs can you render at once? 🦀 #UE5 pic.twitter.com/svDTVcqQcv

Compatibility is a major factor for Unreal Engine 5

Unreal Engine 5 is compatible with PC, PlayStation 4, PlayStation 5, Xbox One, Xbox Series S/X, Nintendo Switch, Mac, iOS, and Android. Naturally, Epic Games will migrate Fortnite, its most successful title, to Unreal Engine 5 “down the road.” Other titles are expected to appear in the coming years.

Here's a look at the gameplay of the new @unrealengine 5 demo from @epicgames pic.twitter.com/zGGvVcgQ7g

When will we get the full release

Epic Games says the full release of Unreal Engine 5 will arrive in early 2022, and it will include memory, speed, and quality enhancements, as well as even more new capabilities. Only game developers will be able to use the early access build. Visit get started, go to unrealengine.com/ue5.

Also Read: What are the Big Gaming Companies Participating at the Digital E3 2021