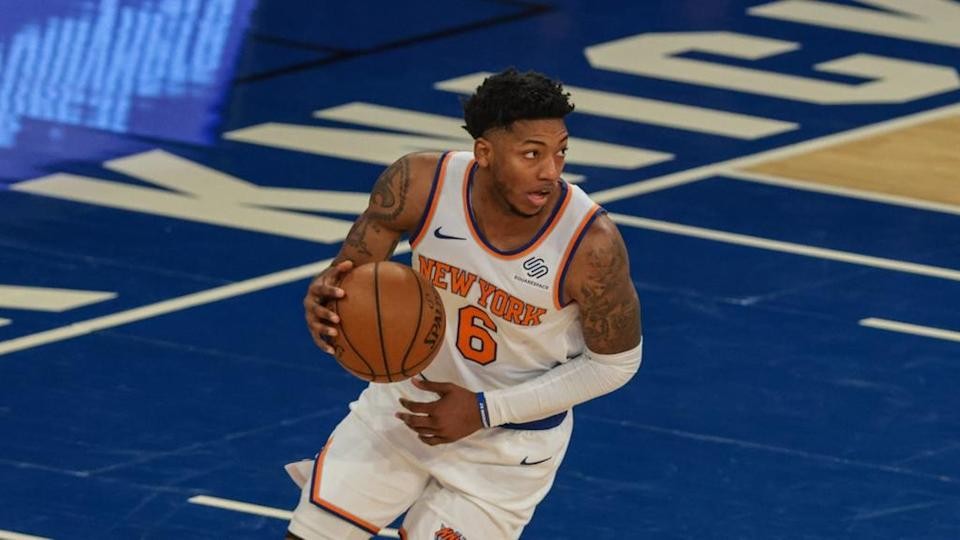 The NBA playoffs are filled with a million people’s emotions, from teams to fans and to the players’ families. Everyone wants to see their star perform and come out on top. In game 3 of the first round of the NBA playoffs, the New York Knicks coach and team management decided to bring one of their most valuable assets, Derrick Rose off the bench as a starter in place of Elfrid Payton. While some fans were happy, Elfrid Payton’s mom had her ‘I told you so’ moment

The playoff game between the New York Knicks and the Atlanta Hawks has been intense.  Legendary player, Derrick Rose started in game 3 and he put himself out there. The man went on to play for 39 minutes. Although Derrick Rose may not have helped his team get across the finish line as the Hawks beat the Knicks.

Right after the defeat, Elfrid Payton’s mom took to Twitter and she had her son’s back.

Although mama Payton was proud and blamed replacing her son with Derrick Rose as the reason why the Knicks lost, fans around the world disagree.

Derrick Rose brought the Knicks so close. He put his whole heart and soul out there. The reason why Elfrid Payton was dropped from the starting lineup was due to his poor performance in the previous few games.

The New York Knicks are however in deep-sea and their chase to win a ring might come to an end if they do not figure out a way to win Game 4. Although one may think that after this tweet the coach of the Knicks might look at  Elfrid Payton to start again it is going to be highly unlikely as Derrick Rose has proved why he deserves to stay on that starting lineup