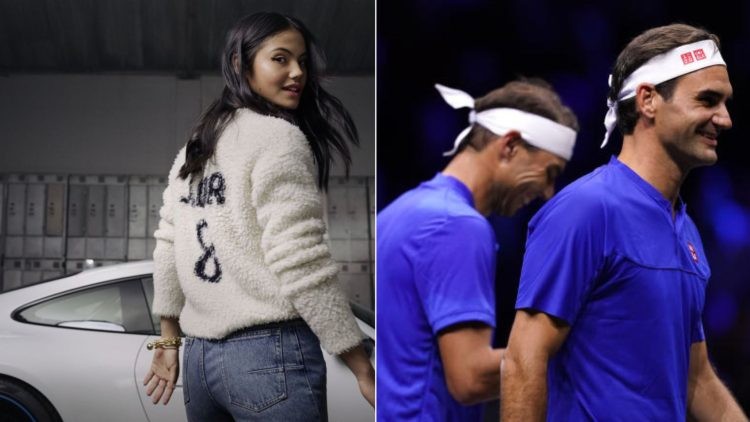 Her achievements at such a young age have made her very lucrative for sponsorship deals from various different firms and brands. Considering this Emma Raducanu has earned herself a lot of endorsement deals from a plethora of world-class brands such as Nike, Wilson, HSBC, Porshe, Vodafone, British Airways, Evian, Dior and much more at such a young age itself.

Emma had been plagued with injury issues as a result of which her form dipped significantly and she could not win any titles in 2022.

However, this did not stop Emma from beating the Big 3, Roger Federer, Rafael Nadal and Novak Djokovic in a newly released list of the most marketable list of athletes in 2022. Even though her results in 2022 were not up to the mark she was ranked higher than the Big 3 members.

What is Emma Raducanu’s rank on the most marketable athletes list?

Emma has been ranked number 12 on the list of the most marketable athletes. The primary reason behind Emma’s high rank on the list is because of her immense brand strength. Her audience reach was also very good and was marked as 22.91 out of 50 and her economics rank or score was 10.29 out of 30.

Serena Williams was ranked second on the list of athletes, however, the now-retired tennis star was number one in terms of tennis players.

Cristiano Ronaldo was ranked the highest on the overall list. Serena Williams got a score of 67.99 out of 100 in terms of marketability and on the other hand, Ronaldo was leaps and bounds clear of Serena as he scored 91.21 in the same category and had a 100 out of 100 in the audience, reaching economics criteria.

Rafael Nadal was ranked the highest among the big 3 members at 16. It was obvious for Federer and Djokovic to decline in their ranks since Federer retired from the sport and Djokovic has received a lot of negative publicity in the past year due to his views pertaining to the COVID-19 vaccine and his reluctance to it.

Simona Halpe and Garbine Muguruza were the other tennis players to appear in the top 50 ranks. A lot of analysts have predicted that Emma Raducanu’s rank will significantly rise.