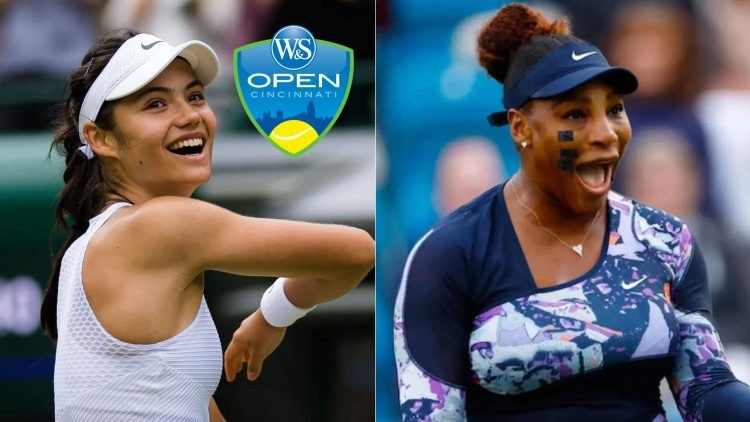 The match between Emma Raducanu and Serena Williams in the Cincinnati Open will be the one to watch out for since it will essentially be the battle between a youngster full of potential and an experienced veteran who is way out of her prime. Serena and Emma have been matched for the opening round itself.

These may very well be some of the final matches that would be played by Serena since she recently announced her intentions to retire from tennis and focus her efforts on other avenues after the conclusion of the US Open.

Emma on the other hand will be looking forward to getting some crucial match time in before she goes to the US Open to defend her title. On this she further stated,

“I think it’s going to be an exciting match,”

Emma had won the US Open last year as a dark horse since she was just 18 years old and no one really considered her to be in contention for the title.

Why was the match between Emma Raducanu and Serena Williams postponed?

The highly anticipated clash between Emma and Serena at the Cincinnati Open had been pushed back arbitrarily from Monday to Tuesday. This action taken by the tournament organisers left the fans fuming since they have spent their time and money in order to make it to the event venue on time to watch the match.

Fans are excited about this match since this is probably the penultimate tournament for Williams and she will be playing a match on her home, US soil after around two years. A lot of the fans also acquired the tickets for this match at an inflated rate since they were sold out pretty quickly.

When the tournament organisers were approached for a comment they said that the match was postponed due to certain factors which are related to scheduling.