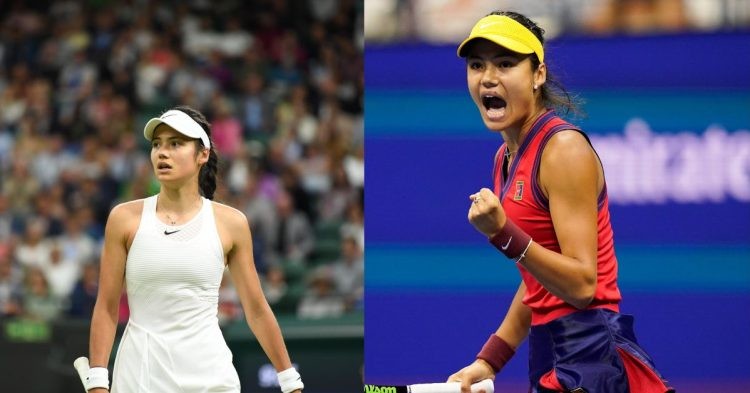 Emma Raducanu is just 19-years-old and has already achieved so much in the world of tennis. At such a young age, she has managed to win a grand slam and dominate other players in major tournaments.

In a recent interview to Grazia, Raducanu opened up about her strategy and preparation for this season. Instead of aiming for grand slams, she has shifted her focus to learning and gaining experience. Moreover, she said, “My current training program changes a lot; we don’t have that much consistency because we’re always on the road.”

After the grand slam win, people’s expectations have significantly gone up. However, Raducanu is in no hurry considering the fact that she is still a teenager with a long way to go. The outside chatter and expectations don’t weigh her down as she is solely focused on improving her game. Besides, she parted ways with her coach Torben Beltz in April and is yet to choose a new coach.

Emma Raducanu talks about her expectations from Wimbledon 2022

Wimbledon is around the corner and the British tennis prodigy is excited to play on her home turf. Last year, she made her debut at Wimbledon and crashed out in the fourth round.

After winning a grand slam, home support will certainly go up this year. Talking about the same, Raducanu said, “This year I’m sure it will be a little bit different. I’m proud of the support I received last year especially, it was pretty amazing.” Wimbledon will start from 27 June and big players like Serena Williams have confirmed their participation.

Last year’s US Open was only the second grand slam tournament of her career. She surprised everyone with her aggressive play and eventually won the tournament without dropping a set. With her US Open victory, she became the first British woman since 1977 to win a grand slam in the singles category. When asked about her life after the US Open victory, she said, “I really don’t have downtime and probably do need to work on switching off more.”