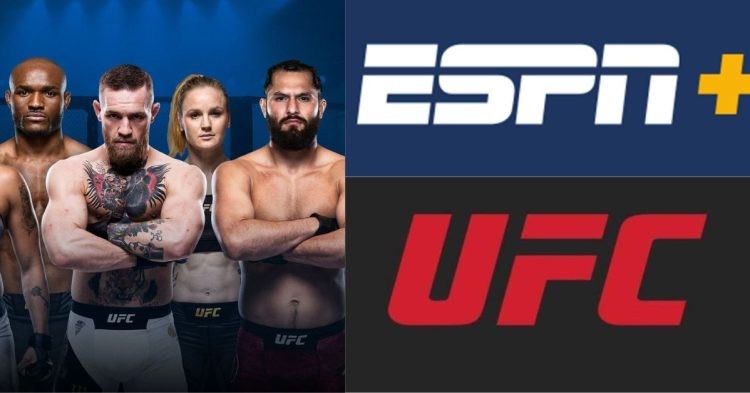 UFC fans will have to pay a heftier amount of money if they want to watch their favourite fighters compete inside the octagon as ESPN has announced a significant hike in their subscription prices. As per a report from Bloomberg, the monthly subscription cost of ESPN+ will increase from $6.99 to $9.99.

If fans buy a yearly plan for the UFC events then the total sum gets a bit cheaper as one would require to pay $99.99. However, the above-mentioned amount excludes the pay-per-view subscription fees. Including the 13 PPV events that will cost $74.99 each, fight enthusiasts would have to pay a staggering sum of $1000 to enjoy the entire year’s UFC schedule.

This is the second time that Disney has raised the price of UFC events after increasing the PPV costs from $69.99 to $74.99 back in January this year. The latest hike in monthly subscription prices indicates an increase of 43% and it would most likely be applied from August 23rd.

After the January increase in PPV prices by ESPN, Dana White shared his dissatisfaction. As of now, the UFC President has not offered any comments on the sudden change in monthly prices.

How will the increase in prices of the monthly subscription of ESPN affect UFC?

Despite the quick growth and increasing popularity of UFC, the latest hike in the monthly subscriptions of ESPN+ could affect the viewership of the organization. Owing to the fact that a large sum of viewers in the US who are fans of UFC have subscriptions to the fight pass.

Consequently, with several UFC events streaming exclusively on ESPN+, the viewership will go down significantly. In terms of finances, the UFC is secured as they have already received the money for the existing streaming rights deal with ESPN.

However, if the UFC is unable to bring in viewership and subscriptions as per the expectations and the amount invested by ESPN then there is a high possibility that they will not re-sign a new contract with the promotion.

Do let us know in the comments section your thoughts about ESPN increasing the prices for the third time after Endeavour’s acquisition.