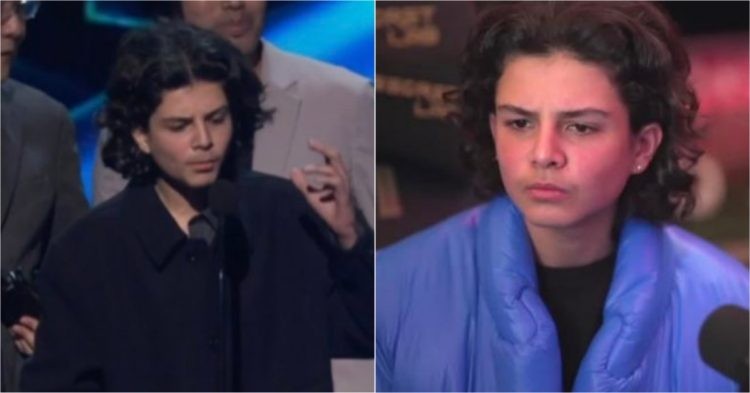 Game Awards in 2022 had a lot of surprising winners. While many expected God of War: Ragnarok to walk away with the biggest accolades, instead it was “Elden Ring” which won the best game award. So it definitely should have been the headline, instead, Matan Even stole all the thunder and pulled off an epic troll job. Neither the officials nor the security understood what happened before it was too late.

As the creators of Elden Ring were going up on the stage to receive their award, a young man in a black suit shepherded them. He stood behind the recipients as they were giving their speeches. Just when it seemed like everybody was leaving the stage, Matan Even came forward and decided to give a small speech. Even the audience was confused as the scene unfolded.

Matan Even said. “Hey, Matan… I think I want to nominate this award to my reformed orthodox rabbi Bill Clinton.”

As one may imagine, it did not really go down well with the organizers. The camera immediately cut away from the main stage and went to a wide shot. Although he was escorted out of the arena pretty much immediately, Matan’s actions were enough to make him a viral sensation overnight. Fans almost forgot about the Game Awards itself and focused on Matan Even’s actions.

Who is Matan Even?

Apparently, Matan Even did not have any special pass to attend the award ceremony. He was just another spectator who bought a ticket for the show. According to a report from Polygon, Matan Even is just 15 years of age! More interestingly, Matan Even used to be an activist who gained notoriety during the Hong Kong-China dispute.

There are clips of him appearing on InfoWars, which is a channel famous for its founder and Joe Rogan‘s friend Alex Jones. Readers would be surprised to know that Matan’s recent accent is not consistent with the prior clips of him as a child. During his InfoWars interviews in 2019 and 2020, Matan Even seemingly had a normal American accent.

He also crashed an NBA game where he duped the cameraman into showing a t-shirt that had messages regarding the Hong Kong conflict. But, there are recent videos, where Matan denied having an American accent and bought into his recent character completely. Fans often see characters like The Liver King, who make a name for themselves with their gimmicks.

Why did Matan Even crash Game Awards 2022?

Matan has also taken advantage of his newfound fame and has gone viral with some of his recent antics. So what was the reason behind him crashing the Game Awards 2022? It certainly appeared to be a premeditated move. Was there a message that Even was trying to put across? The Polygon report added that Matan was in character the whole time while doing the interview with them.

Matan added, “At the end of the day, [Reform and Orthodox] are both Jewish, and I think that, you know, secluding one group from the other would be maybe anti-Semitic. So I thought that calling Bill Clinton a Reform Orthodox rabbi would include all types of Jews out there.”

Even identified himself as Jewish. Hence, on the surface, it seems like Matan’s intentions are noble as he is trying to unify people. However, upon a closer look, there are a few questions that need to be asked. While his words are suggesting something, Matan’s actions suggest something else. He even made a parody video, mocking Logan Paul‘s response to the CryptoZoo scandal.

Is the teenager truly trying to fight for a cause? Or is he trying to build a brand for himself after the Game Awards fiasco and the latest videos? He also seems to be channeling his inner Andrew Tate with the latest clips of him arguing with women. What is your take on the issue? Let us know your thoughts in the comments down below.