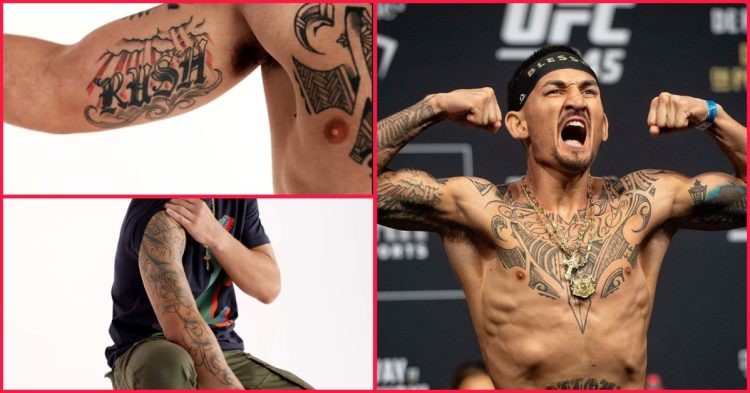 Max Holloway is one of the greatest featherweight fighters that the UFC has ever seen! After the long reign of Jose Aldo at the top, the 145lbs division needed a strong figure to be the champion. Although some thought it would be Conor McGregor, Holloway ultimately replaced Aldo as the king of the division.

Blessed made his UFC debut 11 years ago at UFC 143. He was finished early in the debut fight against Dustin Poirier. Although Max won 3 back to back fights following the debut, Holloway’s momentum halted as he ran into Dennis Bermudez and Conor McGregor.

The loss to McGregor sparked a change in Max as he went on the run of his life! He won 14 fights straight and the win streak included victories over Jose Aldo, Anthony Pettis, the current lightweight title contender Charles Oliveira, former lightweight champ Frankie Edgar and Brian Ortega.

After winning the strap in UFC 212, Holloway made 3 successful title defences. However, his dream run came to an unexpected end at UFC 245 as he fought Alexander Volkanovski for the first time. Max was unsuccessful in the rematch as well. He lost the bout via a split decision at UFC 251.

But there is no quit in Max Holloway! He proved it by fighting two Top contenders and beating them handily. Now, he will once again find himself on the biggest stage of them all, against a very familiar opponent. In the co-main event of UFC 276, Holloway will get possibly the last chance to win back the 145lbs belt.

How many tattoos does Max Holloway have?

In 2018, Max Holloway appeared on the YouTube channel of GQ. During the interview, the former champ talked about how many tattoos he has and broke down the meaning behind them. In the interview, he stated that the very first tattoo of his life was on his stomach.

Max Holloway has a tattoo of his surname on the lower stomach, just above the abdomen. He joked that the tattoo was meant for him to remember the spelling of his name. The second tattoo that he got, was on his back. He has the wings of an angel and a demon on his back. According to Max, it symbolizes the balance in life.

He also has an incomplete Polynesian chest tattoo that harkens back to his roots. It is to signify his journey so far in life and his motherland. As for why the tattoo is incomplete, Holloway stated that his journey is not complete yet. Hence, he will let it stay incomplete until he feels his journey is over.

Max is very religious in his life and has multiple tattoos that signify it. He has the word ‘Jesus’ inked on his chest and a cross symbol on his sleeve. Holloway also has a Bible verse inked on his forearm.

It is no secret how affectionate Max is towards his son, Rush Holloway. Rush has made multiple appearances on the broadcast and press conferences over the years. Max had his name inked on the inner portion of his right bicep.

He also had a big tattoo of his own nickname ‘Blessed’ on the forearm of the same hand.

To show his love for his hometown, Holloway has also tattooed the name and zip code of the street he grew up in.

Max Holloway mentioned that he plans on getting many more tattoos throughout the rest of his life. Not only does he plan on completing the incomplete chest art, but he also has an idea of what to do with his other hand which is yet to be filled with his trademark beautiful art.