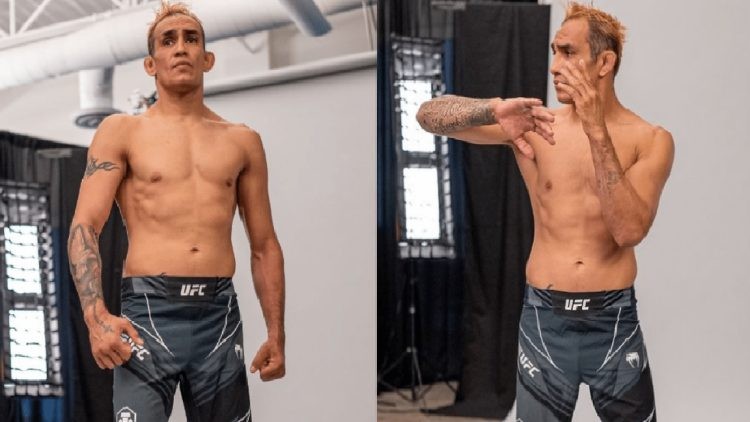 Speaking about how he feels in this new weight class, here’s what the former interim lightweight champion had to say.

“Everybody is a little bigger. I’m faster and I’m stronger. They are gonna have their hands full no matter who’s in front of me.”

Tony Ferguson is definitely small for a welterweight. Much like Nate Diaz, Ferguson will have a lot of disadvantages on the road. However, he does open up the possibility of exciting match-ups against the likes of Jorge Masvidal, Leon Edwards, and Khamzat Chimaev among others.

What if Tony Ferguson loses at UFC 279 against Li Jinliang?

Tony Ferguson has a lot at stake if he loses at UFC 279. While he might not have a very popular name standing opposite him, he does have a credible powerhouse in the form of Li Jinliang.

It’s not going to be easy for Ferguson against the Chinese fighter, and while his submission skills will be on display, Jinliang’s pressure could prove to be too much for the former interim lightweight champion.

Ferguson losing against Li Jinliang is asking for more trouble and possibly tarnishes his legacy should he continue to fight again. However, a win on the other hand opens to door for massive money fights against several notable names. Moreover, it provides the opportunity for Dustin Poirier to take on Tony Ferguson in the 170-pound weight class.

Tony Ferguson is a true veteran of the sport, and by the time everything is said and done, El Cucuy will go down as one of the greatest mixed martial artists of all time.