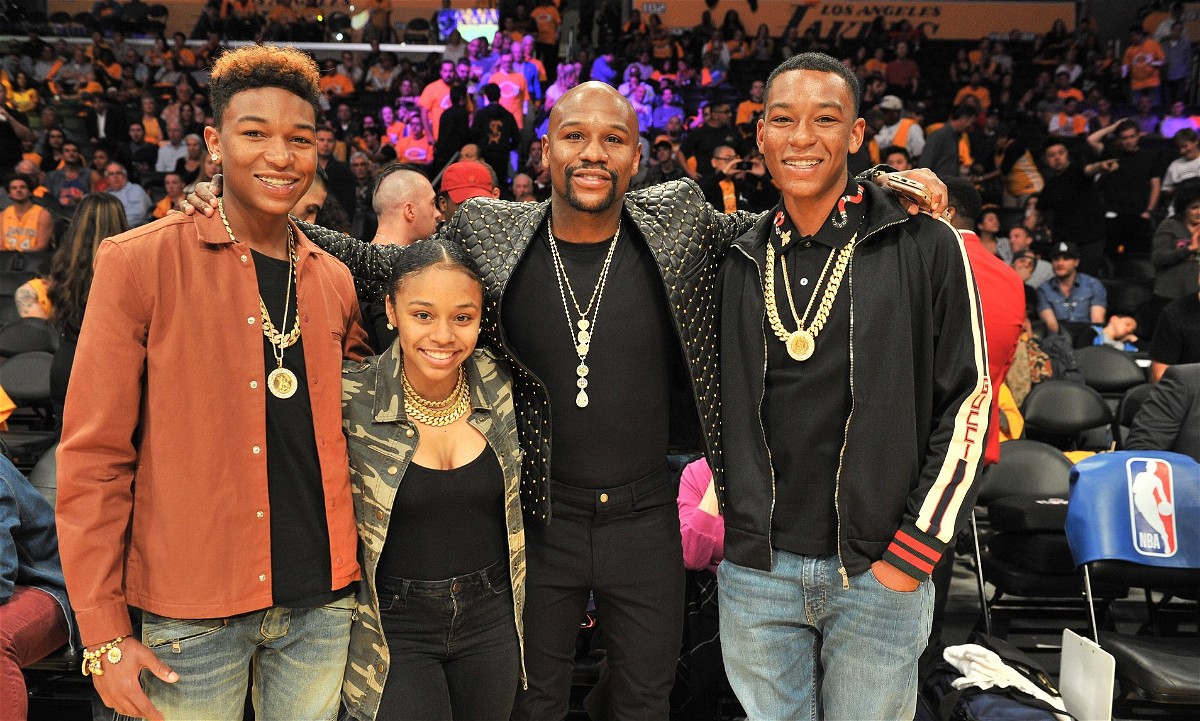 Floyd Mayweather Jr. is a former professional boxer and an American professional boxing promoter. Mayweather competed from 1996 to 2007 and from 2009 to 2015. He also made a one-fight comeback in 2017 against Conor McGregor. He has held multiple world titles during his career in five weight classes and the lineal championship in four weight classes.

The undefeated champion is again set to step foot inside the boxing ring to square off against YouTube star Logan Paul on Sunday evening. Mayweather seems excited that Paul is confident in his abilities inside the ring, but confidence will only carry him so far.

While his career has been successful, we cannot say the same about the boxer’s dating life. His dating life shows an array of affairs with several women.

His dating life began with Erica Dixon, and soon with Josie Harries. He dated for 14 years, from 1993-2007. After their separation, he dated Melissa Brim for two years. Also, the boxer was caught in an affair with Shantel Jackson during the year 2006-2015.

Read More: Floyd Mayweather warns Logan Paul for his comments on his ex-wife

In December 2011, Floyd Mayweather pleaded guilty to one count of misdemeanor battery domestic violence and no contest to two counts of harassment for hitting the mother of three of his children (Josie Harris). He was sentenced to 90 days in jail and released after 60 days.

According to the arrest report, the victim, Josie Harris, got home at 2:30 A.M. on a night in September of 2010 to find Mayweather talking to their two sons. The two got into a verbal altercation, and Harris called the police, the report said. 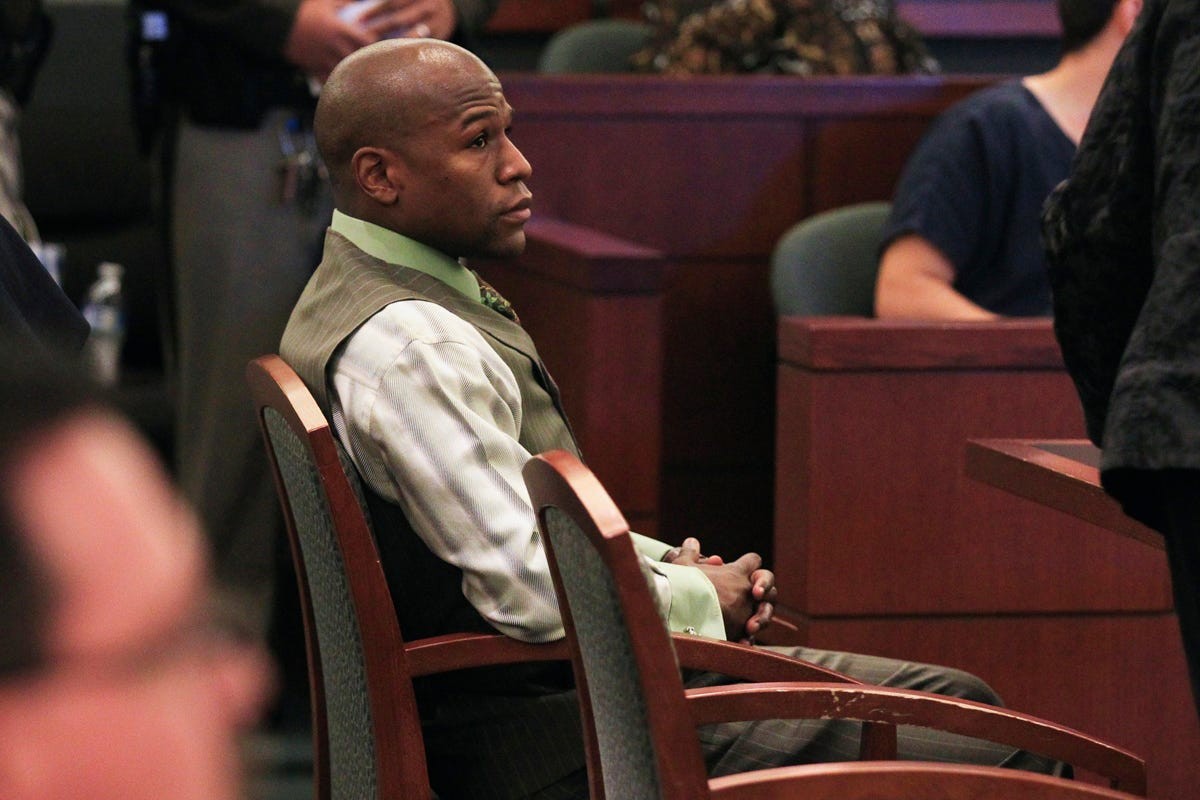 The police report said Floyd Mayweather left after the police arrived, but returned at 5 A.M. with his friend James McNair. Harris told police that she woke up to Mayweather standing over her reading her text messages. When she admitted she was dating someone, he allegedly started hitting her. Harris told police that Mayweather hit her in the back of the head, pulled her off a couch by her hair, and told her, “I’m going to kill you and the man you’re messing with.”

Their son Koraun, then aged 10, managed to jump over the fence and go and get help from security, who called 911, while Mayweather sped off in this car. 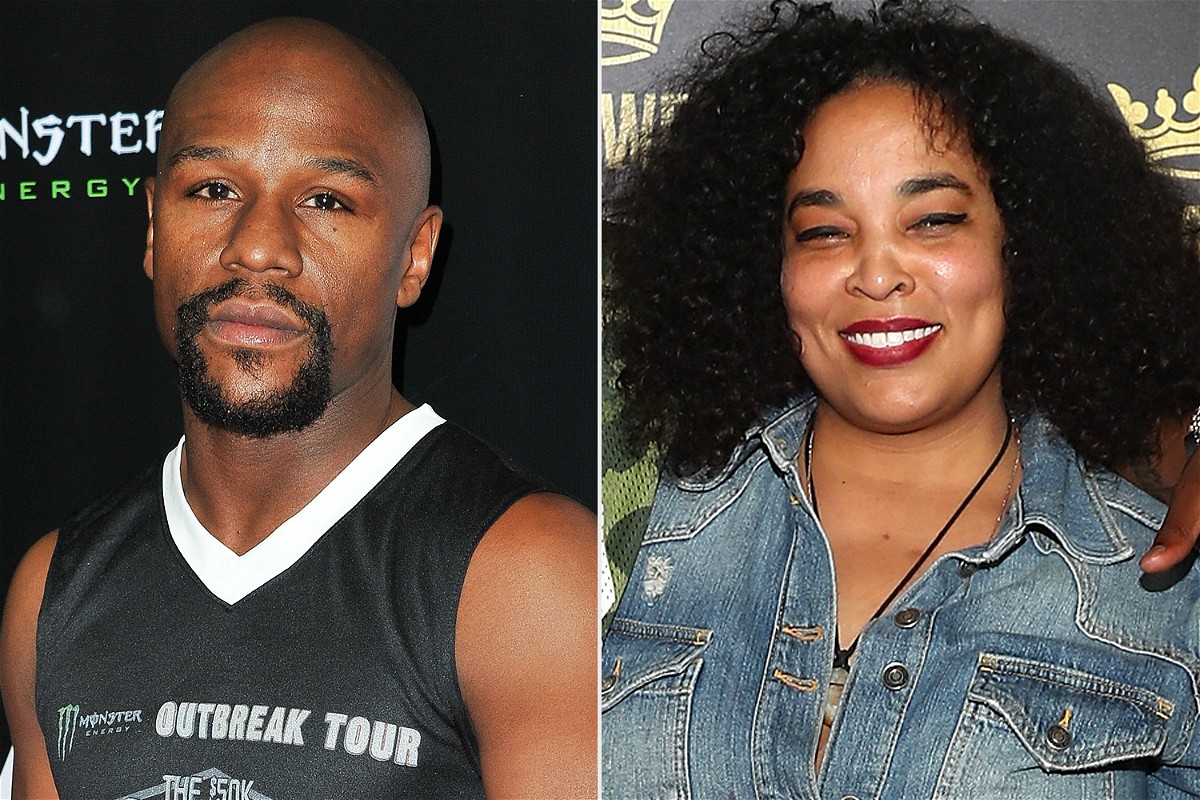 Back in 2015, Harris sued Mayweather for $20 million accusing him of lying in an interview with Katie Couric. In his interview, he claimed Harris was high on drugs during an alleged 2010 domestic violence incident. He said he had to restrain Harris during an altercation.

On March 10, 2020, Harris — the mother of Mayweather’s three children: sons – Koraun, 21, and Zion, 18, and 16-year-old daughter Jirah, was found dead in a car outside of her California home. An autopsy later revealed the 40-year-old died of an accidental overdose of Fentanyl, an opioid – and Alprarzoam a Xanax – were found in her system, resulting in “mixed drug toxicity.” according to USA Today.

Read More: Floyd Mayweather’s walkout songs: Every song he has walked out to in his boxing career

Floyd Mayweather and his children

While the boxer has never been married, he is a father to four children (two daughters, and two sons). Mayweather is the father of 21-year old Koraun, 20-year old Iyanna, 19-year old Zion, and 17-year old Jirah, besides his adopted son Devion Cromwell.

Koraun Mayweather is the oldest kid of Mayweather’s children, he apparently does not have a good relationship with his father. Their connection was weakened by Mayweather’s behavior with Josie Harris, Koraun’s mother. It was Koraun who was just 11 years old who saw his dad hitting his mom and informed the police. Although the two seem to be getting closer now.

Iyanna might just be the child to have the best relationship with Mayweather. She acknowledges she has been loved unconditionally by her father, getting expensive gifts for her birthdays until now. She was born from Mayweather’s relationship with Melissa Brim, while the boxer also had some connections to Josie Harris.

Zion is the third child of Mayweather, he is an aspiring and evolving social media star, with more than 200 thousand followers on Instagram, the youngest of Mayweather’s sons is actively posting partnerships with musicians, artists, and YouTubers.

Jirah, the youngest child of Mayweather, also does not enjoy a good relationship with her father. She has disapproved of Floyd’s behavior towards her mother and blamed him many times on her social media accounts. After her mother died last year, Jirah tweeted a message implying that Mayweather is selfish.

His current girlfriend is an Instagram influencer, Anna Monroe. It is rumored that Money and the Brit are engaged to be married. The couple announced their relationship on New Year’s Day.