Everything You Need to Know About Paul George, His Wife and Kids 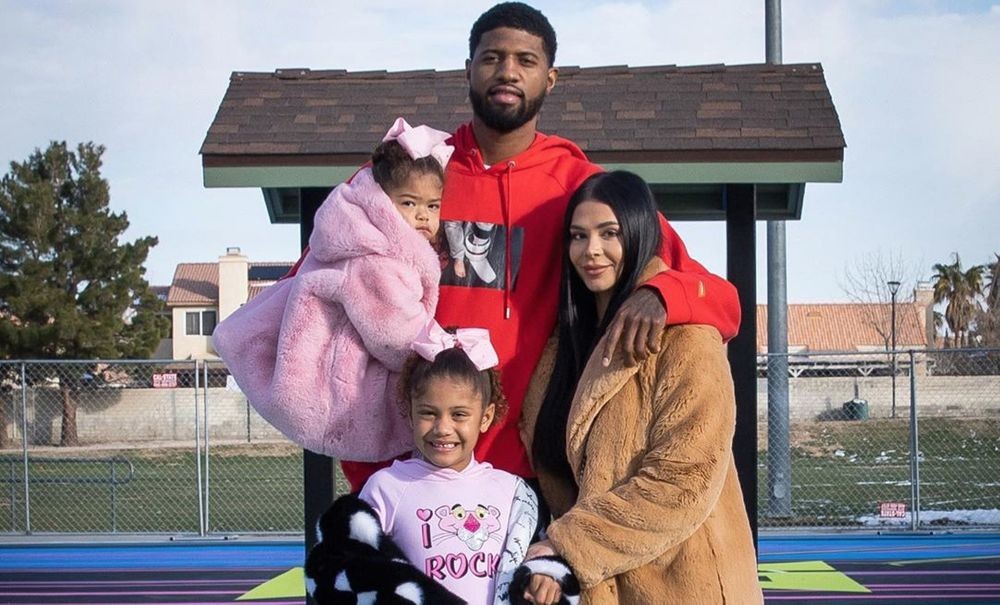 A seven-time All-Star and one half of the superstar duo from the LA Clippers, Paul George has made a name for himself in the NBA. Although he is ridiculed beyond measure for shrinking in the playoffs, he is one of the best players in the NBA right now. Off the court, however, PG is a loving father to 2 girls and recently got married to his long time girlfriend, Daniela Rajic.

The couple share custody for the girls and are planning to share the rest of their lives together. But the relationship began on a rather controversial note for the couple.

Daniela Rajic met Paul George in 2013 at a Tootsie Club. Sparks flew and the two decided to date each other. However after Daniela was pregnant with Paul George’s child, the relationship got rocky.

Paul George seemed like he was not ready for a child yet at the time and he went to the extent of offering Daniela $1 Million for an abortion. However, PG13 and his management claimed that Paul never offered any money. Paul George also came forth and spoke to the media about the pregnancy. He issues a statement that read,

If and when there is legal confirmation that I am the father, I will fully embrace my responsibilities. This is a personal matter that is still being sorted out, so I hope you can respect my privacy

On the 1st of May in 2017, Olivia came into this world. Paul paid all the medical bills and even took a paternity test. The test results confirmed that PG was indeed Olivia’s father.

During the same month, Daniela Rajic fought a paternity suit against  George. In return, Paul filed for complete custody. The custody battle was not sweet but in November an agreement was reached. The couple had joint custody and a financial package.

Paul George and Daniela spoke to Page 6 and issued a statement that read,

We are both very grateful for the opportunity to be joint parents to our beautiful daughter Olivia. While we have our separate lives, we are committed to providing her with all the support, nurturing and love she deserves.

After the rocky relationship that started with a court battle for custody, Paul and Daniela announced their pregnancy. The couple had a beautiful baby girl, Natasha George in 2018. Paul took to social media to post a pre-delivery selfie.

Paul George and Daniela Rajic: For Better or for Worse

The relationship may have had its ups and downs. But Paul and Daniela fought through it all. Daniela now runs a swimsuit business called NUDESWIM. She entered into the business with Sarah Nasser and launched the bikini line in 2019.

Last November, PG realized that he wanted to spend the rest of his life with his baby mama. So in November 2020, Paul went down on one knee and popped the question and Daniela said yes.

Paul George and his girlfriend, Daniela, just got engaged 💍

The couple got married in 2021 and are expecting their third child together as well. For better or worse, The PG13 Family look absolutely adorable and we can only hope everything remains amazing for them.