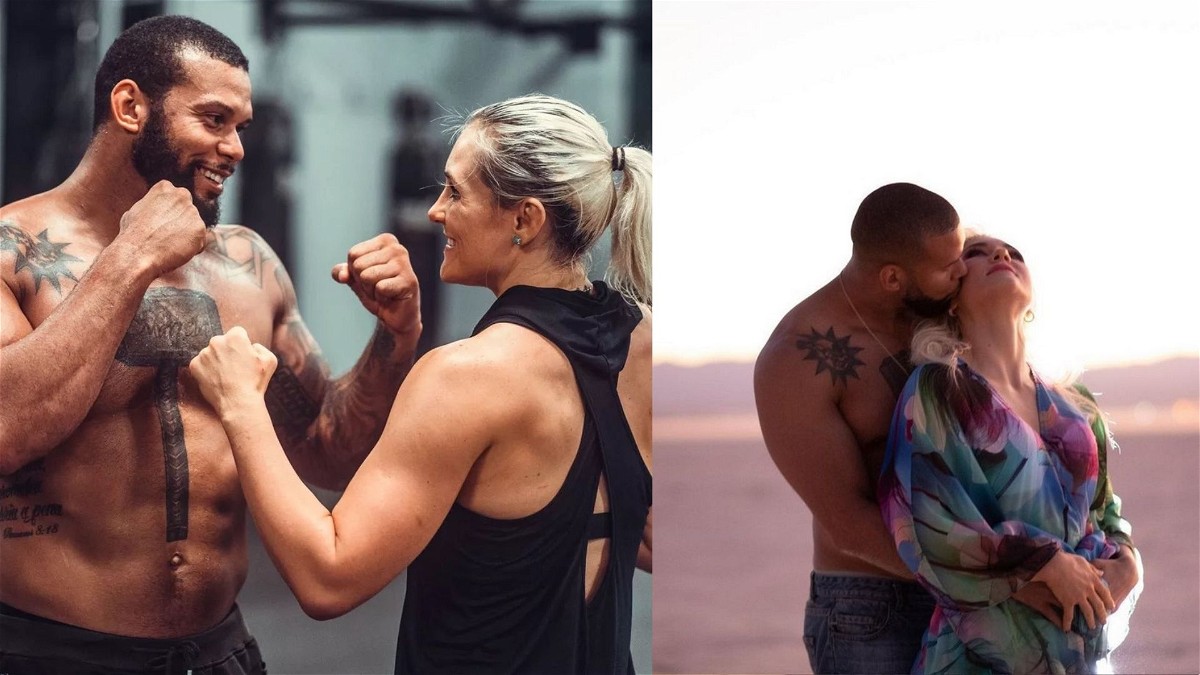 Thiago Santos and his wife Yana Kunitskaya. (Images via Twitter)

Thiago Santos is a former UFC title contender who is currently competing in the light heavyweight division of the promotion. Also known as Marreta, the Brazilian is an extremely strong fighter that possesses threatening knockout power. Consequently, Santos is a well-recognised fighter with tons of experience and wins over big names like Jan Blachowicz, Kevin Holland, Anthony Smith and many more.

Currently, the light heavyweight fighter is going through a slump in his career. However, he would try to get past his past few losses and get a win in his next fight at UFC Vegas 38. Although let us move away from Thiago Santos’ professional career and take a look at her wife Yana Kunitskaya’s life.

The early life of Yana Kunitskaya

Yana Kunitskya was born on November 11, 1989, in the city of Murmansk in Russia. The 31-year-old also has a younger sister named Victoria Kunitskaya. Her mother’s name is Olga and her father’s name is Joseph Kunitskaya. Her parents come from a sporting background as her mother Olga was a professional gymnast and her father was a professional skier.

Similar to her parents, Yana Kunitskaya’s interest lied in sports. As a result, she started her combat sports training since she was four years old. She began her fighting career at the age of 12 with Taekwondo and won various inter-school events. Consequently, she shifted her focus in hand to hand combat and went on a 16 fight winning streak.

A few years later, the Russian moved to St.Petersburg when she was 16 years old to live and study. She entered the Lesgaft National State University of Physical Education, Sport and Health.

Yana Kunitskaya started her Mixed Martial Arts training at the age of 18 years. After training for two years, the Russian made her debut in 2009 at the K-1 Grand Prix 2009. Following her debut, Yana competed in different organisations in Poland for the next three years. However, she decided to take early retirement from the sport due to her pregnancy. 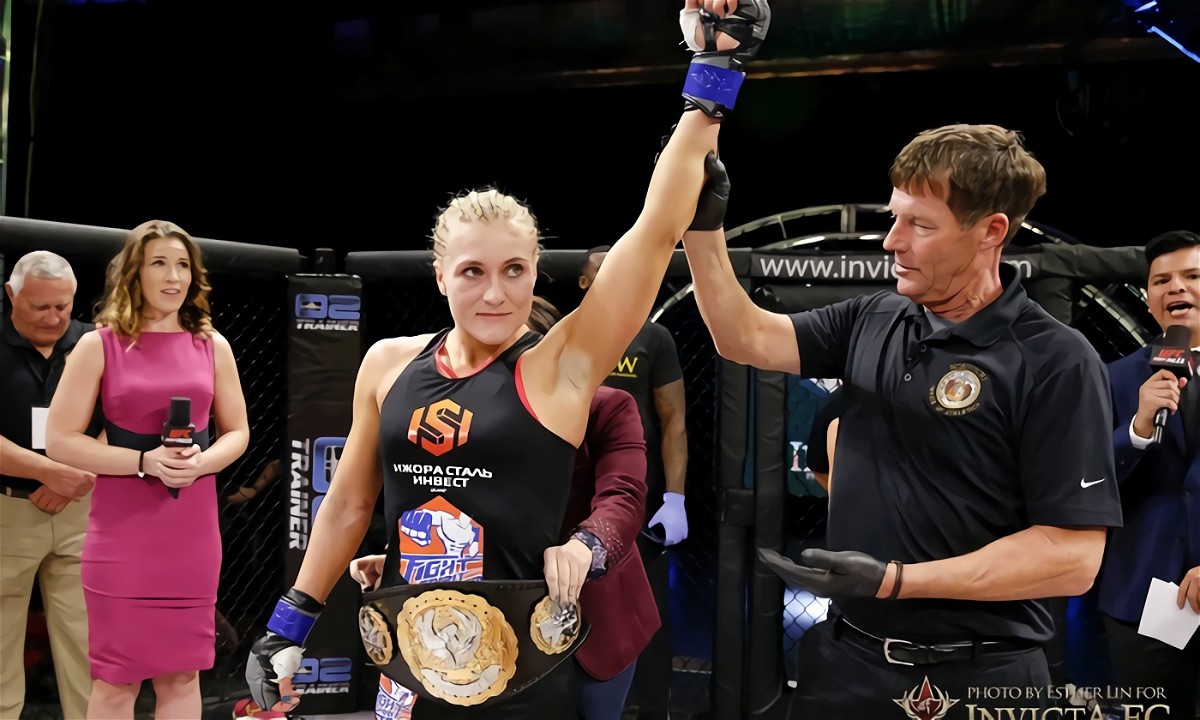 Later on, the Russian fighter made her transition from an athlete to a trainer. Although she made a come back into combat sports after four years in an MMA event in Russia. Thereafter she fought in the Invicta fighting championship and racked up few victories and became the bantamweight champion. Following her success in Invicta, she earned a well deserved UFC contract in 2018. 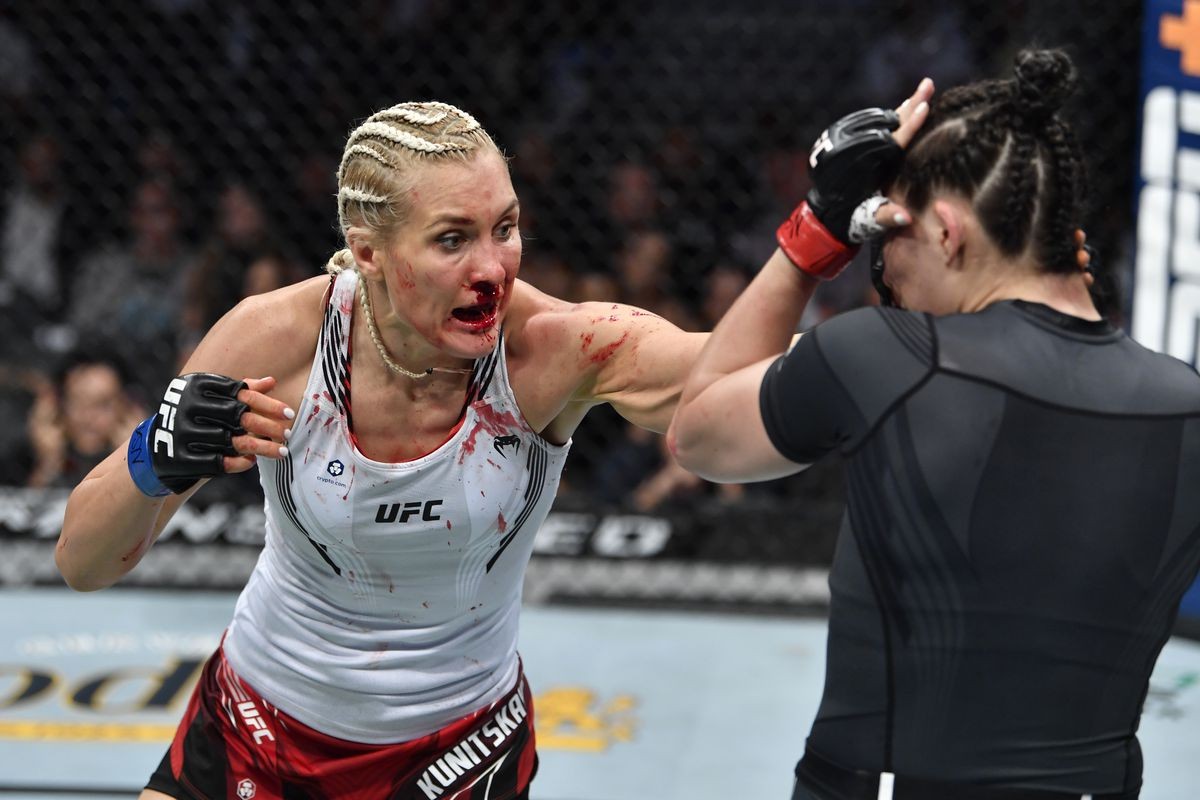 Competing in the UFC’s featherweight division, Foxy had a horrible start as she suffered a knockout loss against Cristiane Cyborg Justine in the first round of the title fight. Following her loss, she moved to the bantamweight division. Kunitskaya who is currently ranked 8th has a good record of four wins and two losses in the 125-pound division.

When did Thiago Santos and Yana Kunitskaya marry?

The 31 one-year-old has a child named Adam who was born in 2013 from her previous relationship. Yana has recently revealed in August that she and her partner Santos are expecting their first child together. She posted a picture on Instagram captioned Alias Santos can’t-wait to meet you. Alias Santos is expected in April.

Both the fighters were living in Rio De Janerio in Brazil. However, Thiago Santos and his wife Yana Kunitskaya are planning to move along with their family to Florida. They are planning to relocate to Florida full-time once they are able to leave Brazil permanently. As of now, the couple is training together in Florida and are living happily.

Yana has recently changed her surname on her Instagram account. Instead of Kunitskaya, she now writes Santos. So it does seem to imply that the couple has finally tied the knot. However, it is yet to be confirmed when the ceremony actually took place.

Who many children do Thiago Santos and Yana Kunitskaya have?

Both Yana and Thiago have children of their from their previous marriages. While Marreta has a son name Tiago, Kunitskaya has a son named Adam. But on April 5th of 2022, she gave birth to her and Thiago’s daughter Alisa Santos.

The couple shares pictures of their adorable daughter on their various social media platforms. Although both of them had children of their own, it has never seemed to create any issue between them. The Santos family is a bright example of how two professional athletes maintain their career and their family life and share a beautiful bond.