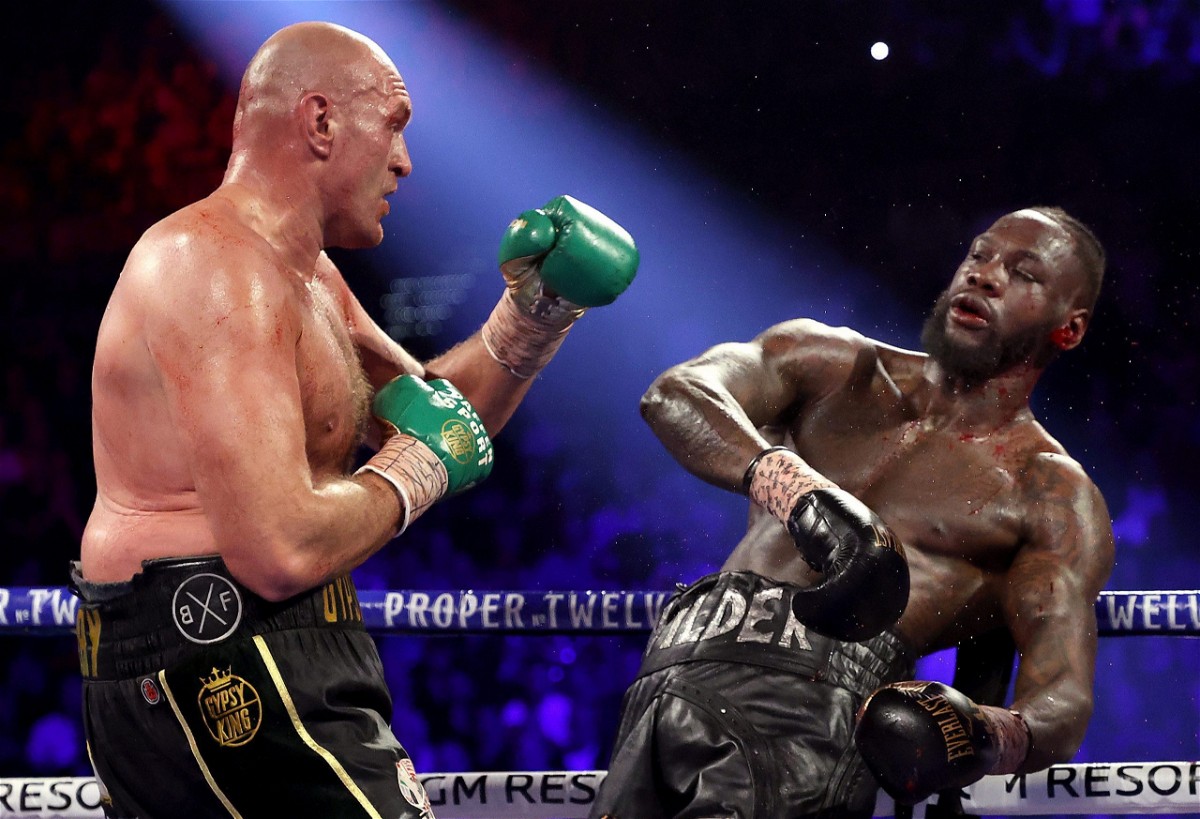 There is hardly any doubt that Tyson Fury and Deontay Wilder are two of the best heavyweight boxers in this current era.  Subsequently, the two boxers have faced off against each other twice and have engaged in one of the most fierce fights in the history of the sport. However, Tyson Fury has an upper hand in this intense rivalry with Wilder.

Owing to the fact that The Gypsy King and Wilder drew the first fight. Whereas in the rematch, the British fighter secured a violent TKO victory over the Bronzebomber. After Fury handed Wilder his first defeat many boxing fans claimed that Tyson cheated for his fight against Wilder.

Not only some boxing fans but The Bronzebomber himself has accused the Gypsy King of tampering with his gloves during their rematch in 2020. As a result, let’s take a look at the number of times the WBC heavyweight champion Tyson Fury is accused of glove tampering.

Did Tyson Fury tamper with his gloves for his fight against Deontay Wilder?

After losing the rematch against Tyson Fury in February 2020, Deontay Wilder made some astonishing claims. The American boxer accused the Gypsy King of cheating during both their bouts. According to the former world heavyweight champion, Fury’s teammate Ricky Hatton pulled down the British fighter’s gloves in an improper position.

Further, the Bronzebomber made a similar claim stating that his corner did the same thing again during the rematch which injured his ear and caused bleeding. Deontay believes that Fury had something hard on his gloves which led to his shortcomings. “It’s the reason why the side of my face swelled up in an egg weight form and it left a dent in my face as well.”

In addition to that, Wilder posted a two-minute long video on his Instagram page showing evidence that Ricky Hatton pulled Tyson’s gloves in the first faceoff. While asking for a trilogy fight Wilder stated that “What you did is what my people deal with all the time, someone cheating them from providing their greatness into the world.

“I saw in the first fight when Ricky Hatton was pulling down your glove to put your first in the improper position. Y’all tried the same method the second time, but this time you scratched flesh out of my ears which caused my ears to bleed.”

However, all the allegations that were made by Deontay Wilder on Tyson Fury have not been proved. Following Wilder’s claims, legendary cut-man Jacob Stitch Duran came forward in support of Fury. He clarified that the Nevada Athletic Commission check the gloves moments before the two fighters enter the ring. Duran revealed that there was no tampering whatsoever.

With Wider’s team not filing a complaint at the given period, the Athletic Commission did not investigate. Moreover, there is no clear evidence that Fury has used objects in his gloves. Hence one could safely say that Tyson Fury did not cheat by tampering his gloves for his fight against Deontay Wilder.