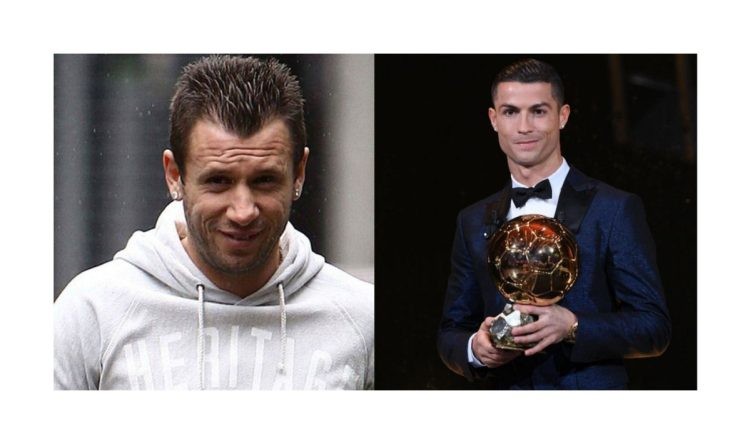 Ex-Real Madrid and Inter Milan player Antonio Cassano has taken a dig at Cristiano Ronaldo. The forward chose Messi over Ronaldo as the greatest player ever. He referred to Ronaldo as being eternally second, behind Messi. Many ex-footballers over the years have had their opinions on the Messi-Ronaldo debate, but this is quite possibly the first time someone has disparaged one of the two greats.

What did Antonio Cassano say about Cristiano Ronaldo?

“Cristiano, listen to me: you’re strong, you won a lot, phenomenal… but you’re like Toto Cotugno, the eternal second,” he said. Toto Cotugno is an Italian singer who finished second in six editions of the Sanremo music festival in Italy. This led to him being referred to as the eternal second. Cassano has made his “opinions” on other footballers like Dybala, Haaland, Perisic, Courtois, and even managers like Allegri and Simone Inzaghi very public and very controversial. He has also said he would stop watching Barcelona play if they signed Romelu Lukaku.

On Ronaldo, Cassano said he isn’t one of the greatest players around, despite commending the fact he has scored 807 goals. “I take my hat off for the 807 goals he scored. But Cristiano Ronaldo is not among the best players in the world. Goalscorer? Yes. Is he a strong forward? Also. Did he win titles? He won.”

Cristiano Ronaldo is like Inzaghi and Trezeguet. They were fabulous players, but let’s be honest: playing football is something else. Goals do not define a player. Iniesta didn’t score 60 goals, and Zidane didn’t reach 100…. Those are the geniuses who made football history.”

His statements seem to be contradicting each other, but some can see where he is coming from. Ronaldo over the past few years has scored goals but seems to be struggling in doing anything else. His pressing, dribbling, and passing stats are all over the place.

Cassano’s comments seem to have triggered the Manchester United star

Antonio Cassano delivered more antagonising statements against the Portuguese superstar. He accused him of sending him WhatsApp messages after he said that Ronaldo is not a top player.

“Cristiano wrote to me on WhatsApp asking for more respect after everything he’s won, all the goals he’s scored and for what he represents,” Cassano said.

Antonio Cassano, you have my respect. 👏 pic.twitter.com/gA0HXlbpkv

“He sent me messages saying: ‘I have a lot of money, I’ve scored more than 750 goals – you’ve only scored 150 in your entire career.’ I said what I think and it’s just a personal opinion.”

In another apparent dig at the Portuguese, he said, “He should follow Lionel Messi’s example – he’s a person who doesn’t give a damn what the world thinks.”

If Ronaldo has, in all seriousness done this, it may be out of character. No doubt the Portuguese has had similar reactions to criticism before, as seen in his interaction, or the lack of, with Jamie Carragher before Manchester United’s match against Liverpool Everyone is entitled to their opinion and that is exactly what Cassano has done. His opinions, however credible, have added more conversation to an already raging debate.