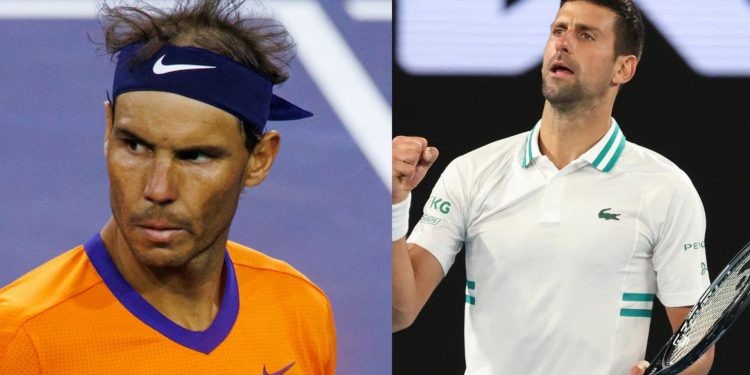 Players would be looking forward to having a bit of practice on the grass court before the Wimbledon Championship starts. In the absence of World No 1 and 2 Daniil Medvedev and Alexander Zverev all eyes would be on Rafael Nadal and Novak Djokovic to clinch the trophy.

Novak Djokovic has not had the best of a year until now since he has not won a single grand slam title. He could not attend the Australian Open due to the COVID-19 Vaccine controversy and lost out to Rafael Nadal in the Quarterfinals. He has not been consistent with his performances.

The Wimbledon might be the final chance for Novak to win a grand slam title since he most probably won’t be allowed to compete in the US Open since he has not taken the COVID-19 vaccine.

Rafael Nadal on the other hand has had a perfect year and has won both the Australian and the French Open. However, he has had his troubles in the form of his chronic leg injury.

He has been treating it after the French Open and it would be surely exciting to see how fit he is. All in all, the players are surely looking to get some game time and hence, Rafael Nadal, Carlos Alcaraz, Novak Djokovic and others would-be participate in the Hurlingham Classic before the Wimbledon.

This would be an exhibition tournament and hence no ranking points would be allotted to any players under the WTA quota.

Rafael Nadal, and Novak Djokovic to play at the 2022 Hurlingham Classic

This event would surely be an interesting one since there are a lot of top-class players who would be participating in the tournament.

This tournament can be easily watched live from the Facebook channel of the Giorgi Armani Tennis Classic.

Even though this is an exhibition tournament, it is expected that the players would be effectively taking part and portraying their best skills to be match fit for the upcoming Wimbledon.