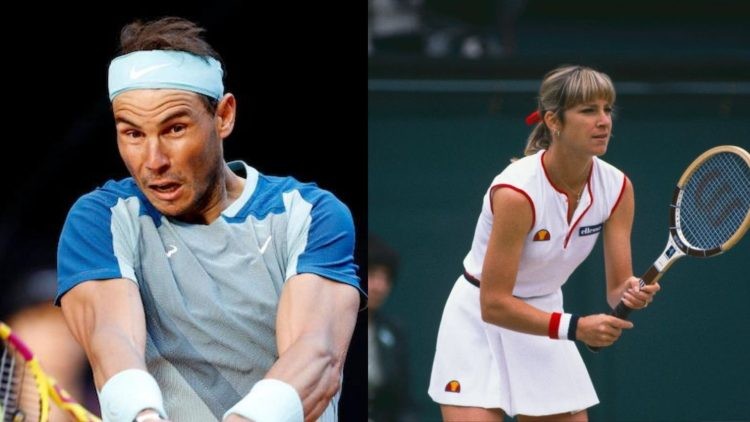 Former Tennis player Chris Evert felt that the career of Rafael Nadal may be drawing towards an end after the Spanish tennis star revealed possible prospects of retirement in a press conference after his win against Felix Auger Aliassime.

Rafael displayed his excellent skill set to beat the Canadian tennis player Felix in his bid to reach the Quarter Finals of the French Open.

The performance shown by Nadal clearly demonstrated that the fire still burns deep within, but he faces certain major obstacles including his chronic foot problem that came alive in the Rome Open.

His win in the Round 4 meant that he would be facing the current World No 1 Novak Djokovic in the quarter-finals. In the press conference, Rafael Nadal stated that,

“I went through a tough process again with my foot. I do not know what will happen in the near future with my career, so I am just trying to enjoy and fight as much as I can to keep living the dream.”

“I hope to give myself a chance to play at the highest level possible and then let’s see.”

All of these comments raised eyebrows in the Eurosport studio wherein Chris Evert felt that he might be possibly concluding his career. She stated,

“He is sounding weary,”

“There is so much more that comes with being a professional tennis player than playing a match, but he sounded tired.”

All of these comments from Christine were not appreciated by Rafael Nadal’s fans.

The comments made by Christine drew major flak from the fans of Rafael Nadal.

They felt that his statements were blown out of proportion and Rafael Nadal is expected to be weary and tired after playing a match that lasted over four and a half hours.

So interesting it was taken out of context.. I meant weary in his interview and said because it was a 4 1/2 hr match..😞 https://t.co/hTGPDgFKdu

The fans were appreciative of the fact that Rafael Nadal tries to win every match he plays and it is a treat to watch him play the sport.

They would probably have expected that it is only a matter of time before Rafael Nadal retires from the sport. Christine Evert felt that her statements were taken out of context.