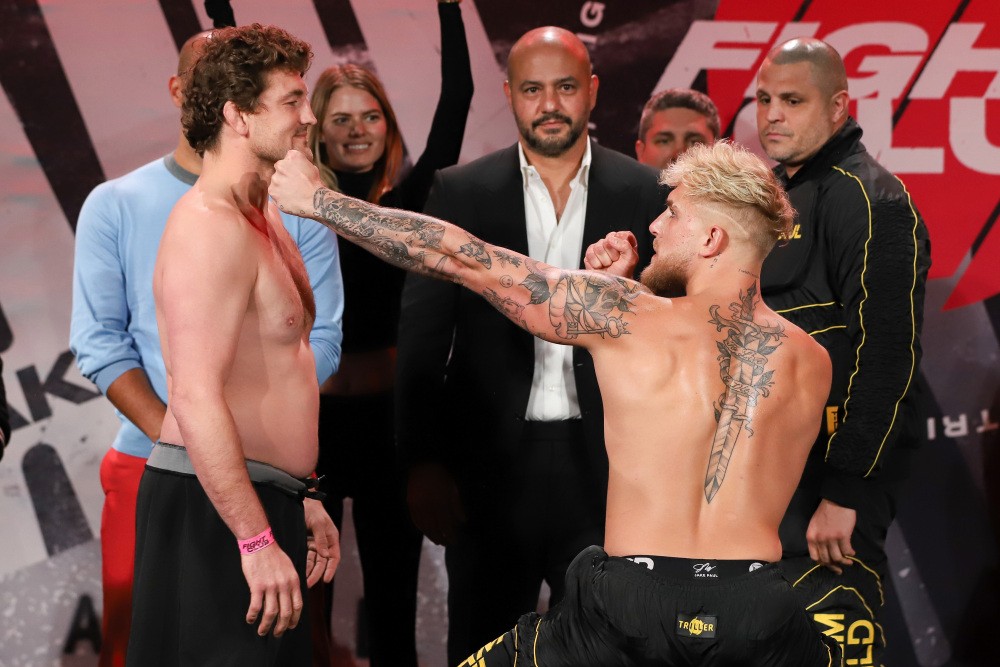 Surprisingly, Jake Paul vs Ben Askren has become one of the most anticipated fights in recent times. The majority of the fans just want Ben Askren to beat Jake Paul. Besides that, fans are intrigued to see Askren compete in a boxing fight for the first time in his career.

This fight is huge for Jake Paul as well. This is the fight where he can prove to the world that he is here to stay. Both fighters seem mentally prepared for war this Saturday night. But, physically Jake Paul looks in a much better shape than Ben Askren.

Ben Askren is even in worse physical condition compared to his UFC weigh-ins. Jake Paul did not miss the opportunity to roast Askren as he pointed out that he has a belly going into the fight.

The former UFC welterweight title contender, Ben Askren is a highly accomplished mixed martial artist. He has won the welterweight champion in Bellator and ONE FC. Askren has also made it to the Olympics as a wrestler. There was a time when he was the hottest free agent in MMA thanks to his unbeaten MMA record. But, he was never known for his physique.

Askren had one of the worst strikings amongst all the MMA champions. But, he has phenomenal wrestling and grappling and that was enough for him to beat some of the toughest welterweights on the planet. But, the boxing game is different than MMA.

Askren is not going to take Paul down and control him. He will have to box for 24 mins and for that he must have good cardio. But his current physique certainly raises concern surrounding his cardio and training for the fight.

One reason for this physique of Ben Askren is his attempt to be as heavy as Jake Paul going into the fight. Askren weighed in at 191 lbs while he used to fight in the welterweight division in UFC. Askren commented on his physique later on social media and said:

“Cause I’m about to ruin the image and the style that ya used to I look funky. But yo I’m makin money, see so yo world I hope you’re ready for me.

There are a lot of unanswered questions going into this match. The majority of the combat sports fans believe Ben Askren will beat Jake Paul. However, it’s not going to be an easy fight for the former UFC welterweight.