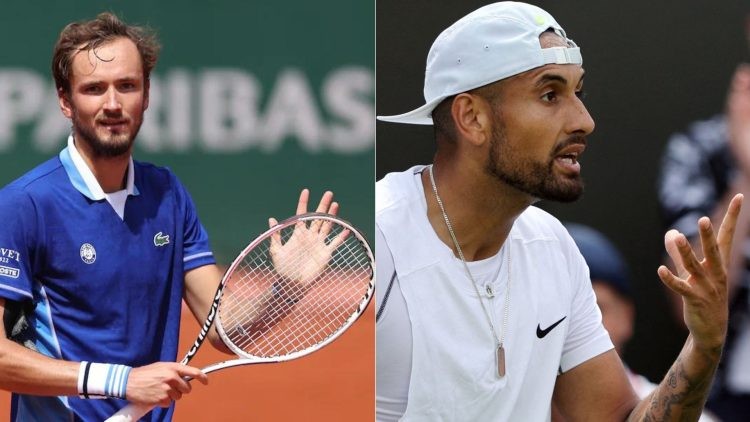 Daniil Medvedev was recently verbally attacked by a group of childish fans after he lost the Montreal Open finals against Nick Kyrgios. However, an unlikely ally came to his support in the form of Nick Kyrgios who condemned the actions of the fans.

Disgusting behaviour ☹️ This is the best we have in the sport, fans need to show some respect. https://t.co/p0MG6vF4Xn

In the video which is currently being circulated across social media, Daniil was walking away from the locker room when a group of fans around him started calling him a loser. The gesture made by Nick is worthy enough to be appreciated.

Daniil Medvedev responds after fans call him a ‘loser’

Following his 6-7, 6-4, 6-2 defeat to Nick Kyrgios in Canada he was taunted by the fans and even called a loser. In the emerged video it is clearly visible that a group of fans started the ‘loser’ chant when Medvedev was passing by. As soon as he heard the taunts he turned around and went over to confront the crowd.

Even though it is not clear what Medvedev was heard saying, his focus was clearly on a young male. Daniil was asked to comment on the incident during the Cincinnati Master press conference, during which he stated,

“I was disappointed after losing the match … but when someone mocks me, I’ll respond,”

“It would be bad to let people shout bad things at me and just keep walking. I will ask what his problem is.”

He further said that the young fan’s father also had joined in for the taunts. Daniil asked the father to educate his kid since he will not tolerate anyone mocking him.

Medvedev claimed that this was the first time he has been heckled in such a manner and he does not appreciate this.

Daniil and Nick will be carrying forward their US Open preparations in the upcoming Cincinnati Masters. Daniil would be looking forward to protecting his number-1 ATP rank which is currently being chased by Rafael Nadal and Carlos Alcaraz.