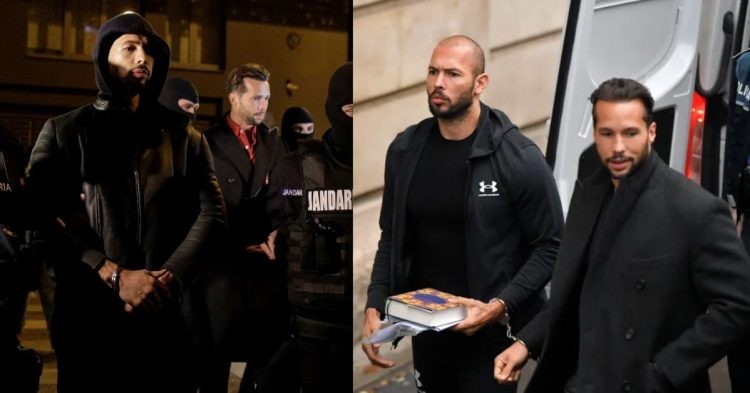 Andrew Tate’s arrest is at the center of the world’s collective attention in early 2023. Getting arrested just before the New Year, Tate finally received the chance to appeal his detention on January 10th. Earlier, fans were worried that Tate was in danger after reports of him being transferred to a hospital without his consent began emerging.

Recently some videos of the Tate brothers entering a Romanian courthouse went viral. Andrew’s younger brother, Tristan Tate, even waved at the camera upon noticing it. The Tates’ exited the police van with 2 women among security officials. Andrew looked well for a man who recently left the hospital.

His feud with Greta Thunberg and her brilliant comeback had the internet laughing at the Top G. And after his arrest on very serious charges, detractors quickly seized the opportunity to assault his reputation even further. Andrew Tate’s misogynist rants and overbearing personality also didn’t help things in any way.

However, his fans seem to be quite glad and relieved after catching the first glimpse of Andrew Tate in 2023 without handcuffs on. User The Mafio88 wrote, “Seeing them being ok made my day.” Ck R wrote, “Finally relieved to see Andrew Tate well and healthy after all those hospital news”. Another fan expressed that they missed the Tates’ content, writing, “I can’t wait to see them on YouTube, I’ll pray for both.”

Some fans left words of encouragement as Tate fights the “matrix”. One such user, Real T, wrote, “The elites are just trying to put him down from exposing them to younger generations. Let him speak out. Still Top G.” Many also poked fun at Tristan waving at the camera. “Tristan a G, he could potentially get 20 years in prison but still had to wave at the camera.” wrote use Jj.

Andrew Tate was arrested on 29th December 2022 on charges of r*pe, human trafficking, and ties to organized crime. He was initially to be detained for 24 hours. On the 30th of December, prosecutors were granted an extension as the period was increased to 30 days.

The official motivation cited for the extension was “the possibility of them evading investigations cannot be ignored.” All 4 suspects immediately filed appeals against this decision. And they were granted their day in court, January 10th is when they would be appealing their arrest. However, if the court decides to uphold the extension, prosecutors could request detention for up to 180 days.

This means Andrew and Tristan Tate could be in jail for nearly half a year. This will upset many and delight others. Even reports of their mother being upset with them have emerged. Could it get any worse for the Tate brothers? Well, only the judge presiding over their case truly knows what fate awaits the Tates.