Ubisoft has announced a new Far Cry 6 teaser. Announcing that global gameplay reveal will take place on May 28. The preview stars Giancarlo Esposito as “El Presidente” Antón Castillo, the dictator players will have to defeat in the franchise’s next edition.

The Link to the Far Cry 6 Gameplay Reveal

Tune in tomorrow at 9:30 AM PDT for the first look at gameplay from #FarCry6.

It was originally set to come out on February 18.

However, the game was pushed to mid-2021, due to COVID 19-related difficulties. As we approach the middle of the year, it’s expected to get a final release date from Ubisoft soon, Many enthusiasts have speculated that the release date will be October 2021.

What is the storyline of Far Cry 6?

The residents of Yara aren’t having a good time, we find Yara immersed in violent riots as the public strives to remove their ruthless ruler, El Presidente, in classic Far Cry fashion.

After fifty years of controlling Yara with an iron fist, the island’s ‘El Presidente’ Antón Castillo is facing a violent rebellion. The story of Far Cry 6 is still kept secret, despite the presence of legendary Breaking Bad actor Giancarlo Esposito.’

We do know that gamers will play revolutionary Dani Rojas, and that Dani can be either male or female, this is a first for the franchise. So, what else is there to look forward to in this groundbreaking tale?

"The pin simply holds the handle in place, it is only when you let go… that this grenade goes boom." Fantastic 🎨 by reddit user u/xgntr pic.twitter.com/CyU1JCYo6O

Antón witnessed his own father being executed fifty years ago, influencing his own world views. The ideals that he tries to teach in his son Diego. According to Ubisoft’s desire to create a more relatable villain. “Anton feels that not only do the Castillo’s deserve to be in power, but that they are also the only ones who can bring Yara back to its former glory.” Diego, or Antón’s son, is the mystery youngster you may have seen in the game’s teaser.

Stop what you're doing right this instant, and gaze upon your glorious leader, El Presidente, Antón Castillo. 🎨 by dnydeliart on IG#FarCry6 pic.twitter.com/UFqSGLHq55

It’s important to note that this will be the first Far Cry game situated in a city. 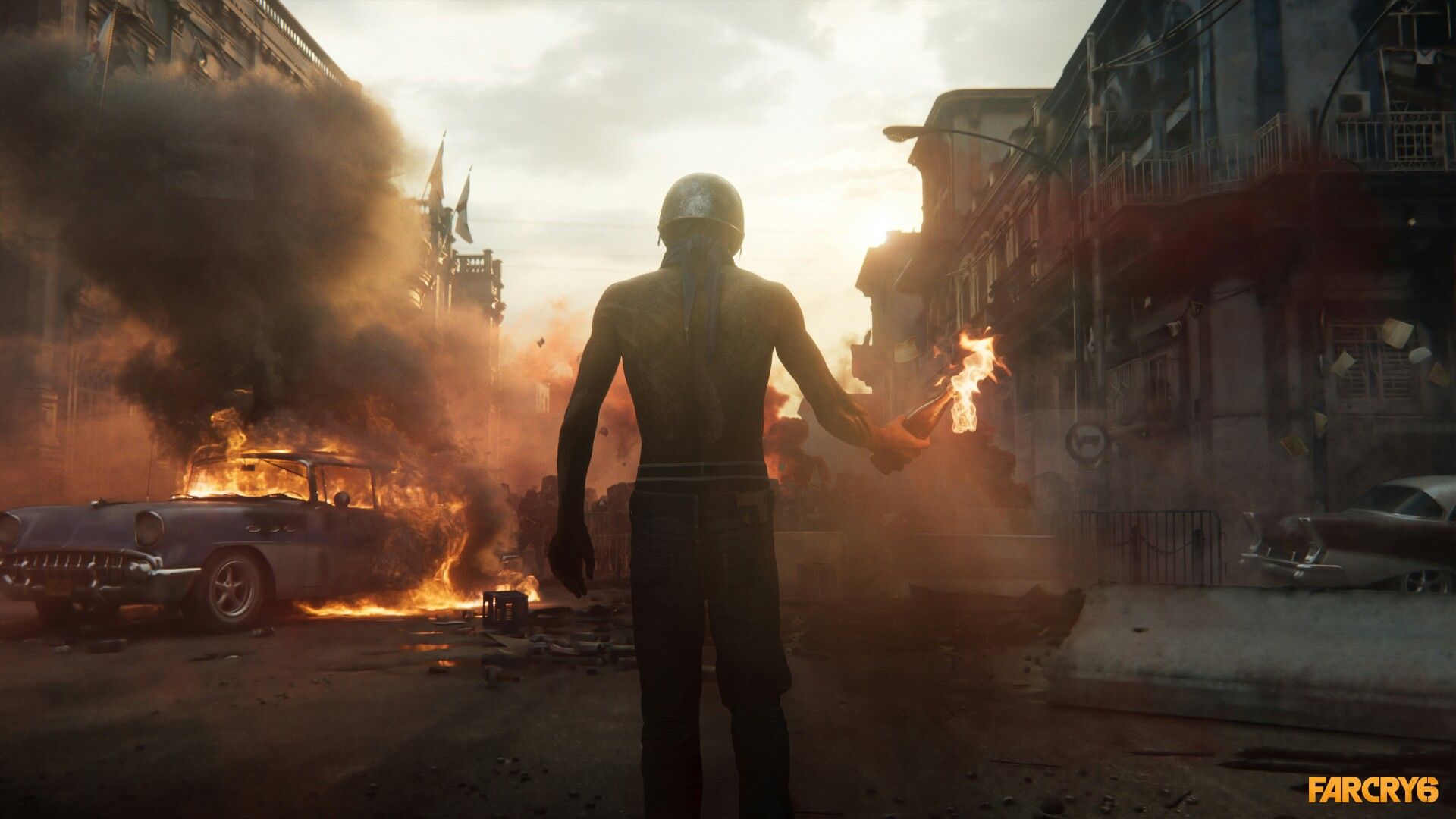 Friday, May 28, today the gameplay was also revealed. It is coming to PlayStation 4, PlayStation 5, Xbox One, Xbox Series X/S, Amazon Luna, Google Stadia, and Microsoft Windows

Also Read : eSports Boxing Club: Latest Updates, Release Date and Everything You Need to Know About the Upcoming Boxing Game