Rey Mysterio is one of the most popular and successful professional wrestlers. His 32-Year career is soon to come to an end. I say soon because Rey talks about retirement in a lot of interviews nowadays. In a recent press conference, Rey revealed that he wants a WrestleMania moment with his son before retiring.

Before this article, I had discussed how Rey gets to have a WrestleMania moment with his son. At WrestleMania, the father-son duo becomes the new Raw Tag Team Champion. Do read the full article to see how it all came about.

The title reign of Rey and Dominik Mysterio

The new tag team champions, the Mysterios kicked off Monday Night Raw the following night. After a short celebration, Dominik Mysterio issued a challenge to the rest of the tag teams. The challenge was first accepted by the former champions RK-Bro. The Mysterios defeated RK-Bro in another epic match. Rey and Dominik continued to defeat each tag team week after week.

The Mysterio(s) fought hard to stay in the match. Four other teams were eliminated. The final 2 teams in the match were the Mysterios and the debuting MSK. Back to back both the teams were taking high-risks such as diving from the top of the pod and suicide dives onto the steel chamber. In the end, MSK won the match by hitting their finisher on Dominik and pinning him.

What’s next for the Mysterios?

After losing the tag titles, the Mysterios had a tough time getting back into the title picture. At the FastLane Event, there was a tag team battle royal match between all the tag teams of Raw to determine the No.1 Contenders for the Raw Tag Team Titles. The current champions, MSK will face the winners at WrestleMania.

The rules for the battle royal were the same as the rules for the tag team elimination chamber match. Towards the end of the match, Alpha Academy, RK-Bro, The Hurt Business (Cedric Alexander and Shelton Benjamin), and the Mysterios were the remaining teams. Rey Mysterio was trying to eliminate Cedric Alexander. Dominik saw that and in an attempt to help his dad, he ran towards them., Cedric managed to move out the way and accidentally Dominik kicked his father, sending him to the outside and as a result, they were eliminated.

Dom was astonished, Rey was shocked and upset. Dom quickly got out and was apologizing to Rey but his father did not seem to accept it. Rey walked away. Rey in fact left the arena.

The next night on Raw, Rey opened the show. He mentioned that he rewatched his match from last night and realized that although Dominik was the one to eliminate him, he meant well. Rey called out Dominik. Once Dominik came to the ring, Rey said, “Son, I understand what happened last night was an accident, accidents happen. It is ok. I maybe a day late but, I accept your apology.” saying this the two hugged it out.

Rey Mysterio then issued a challenge to MSK claiming that no other team eliminated the Mysterios and so they deserve a title shot. MSK being the fighting champions they are, accepted the challenge and said that they will face them tonight. 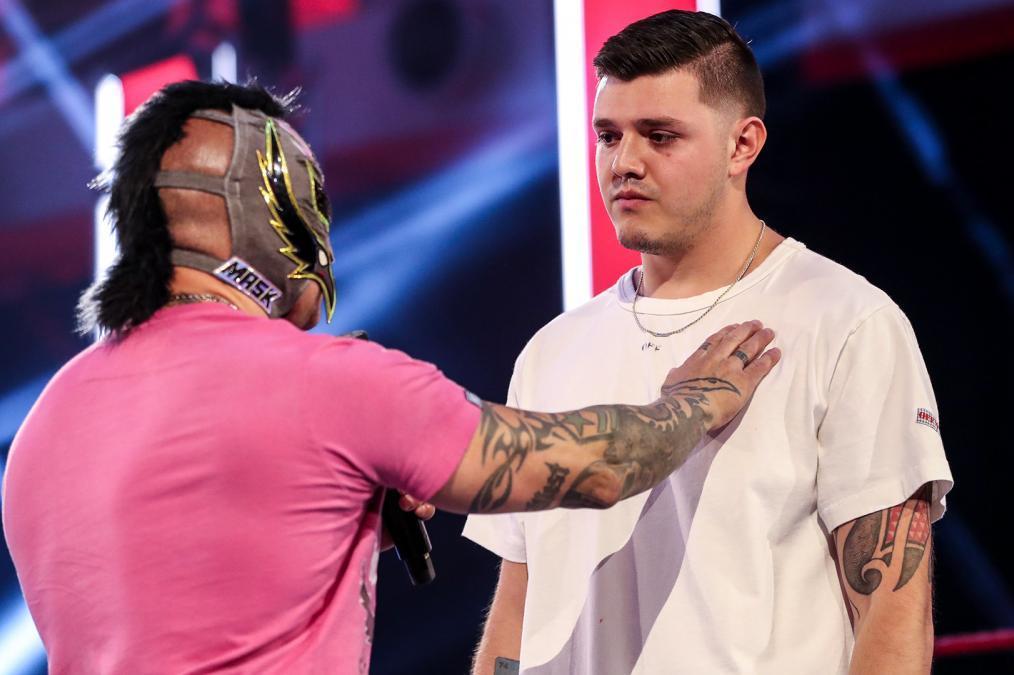 The Title fight between Rey and Dominik

Both Rey and Dom put on a tough fight. Double 6-1-9s and everything but still MSK thrived. Finally with Rey taken out by Nash Carter, Wes Lee hit a 450-splash and pinned Dominik Mysterio for the win. MSK celebrated and they left. Dominik recovered and was in the middle of the ring sobbing over the loss.

Rey Mysterio got into the ring and hugged Dom. Dom said sorry to his father and that he was a failure. Rey tried to console him but Dom did not stop crying. Rey said to Dom, “It’s ok son we will fight back, do not worry, we can get back.” Dom still continued to weep, Rey got up turned around and was ready to leave. The cameras closed-up on him, Rey then said, “You still got a lot to learn son.” He then turned around and started to attack Dominik.

The crowd was shocked and began to boo. Rey kept beating up Dominik while shouting several phrases, “You are too weak, you need to learn a lot more, you are still a god damn rookie.” The beating continued. Rey hit a frog splash from the top turnbuckle to the outside. Rey continued to slam Dominik on the security barricade and then finally dragged him to the entrance and Irish Whipped Dominik onto the LED banners. An enraged Rey then walked away leaving his own son beaten to a pulp.

The following week on Raw, Rey Mysterio came out to the ring. He was greeted with boos echoing throughout the arena. Rey Mysterio was still given the chance to explain himself. Rey said, “my son had it coming for a long time. He was flawed from day 1. I overlooked them because he was my son, I was blinded by love. I was a good father but a bad teacher. All I taught him was how to wrestle, but never taught him how to overcome failure. Every time he lost, all he did was cry but never learnt how to overcome his failures. Last week, when I saw him cry yet again because he lost, I had to teach him one  final lesson.”

Rey Mysterio went solo from then on. The following week, he competed in an 8-man elimination match to determine the no.1 contender for the U.S title. With some dirty tactics, the master of the 6-1-9 won the match and got himself a title match at WrestleMania. Mysterio won the U.S Title as well. 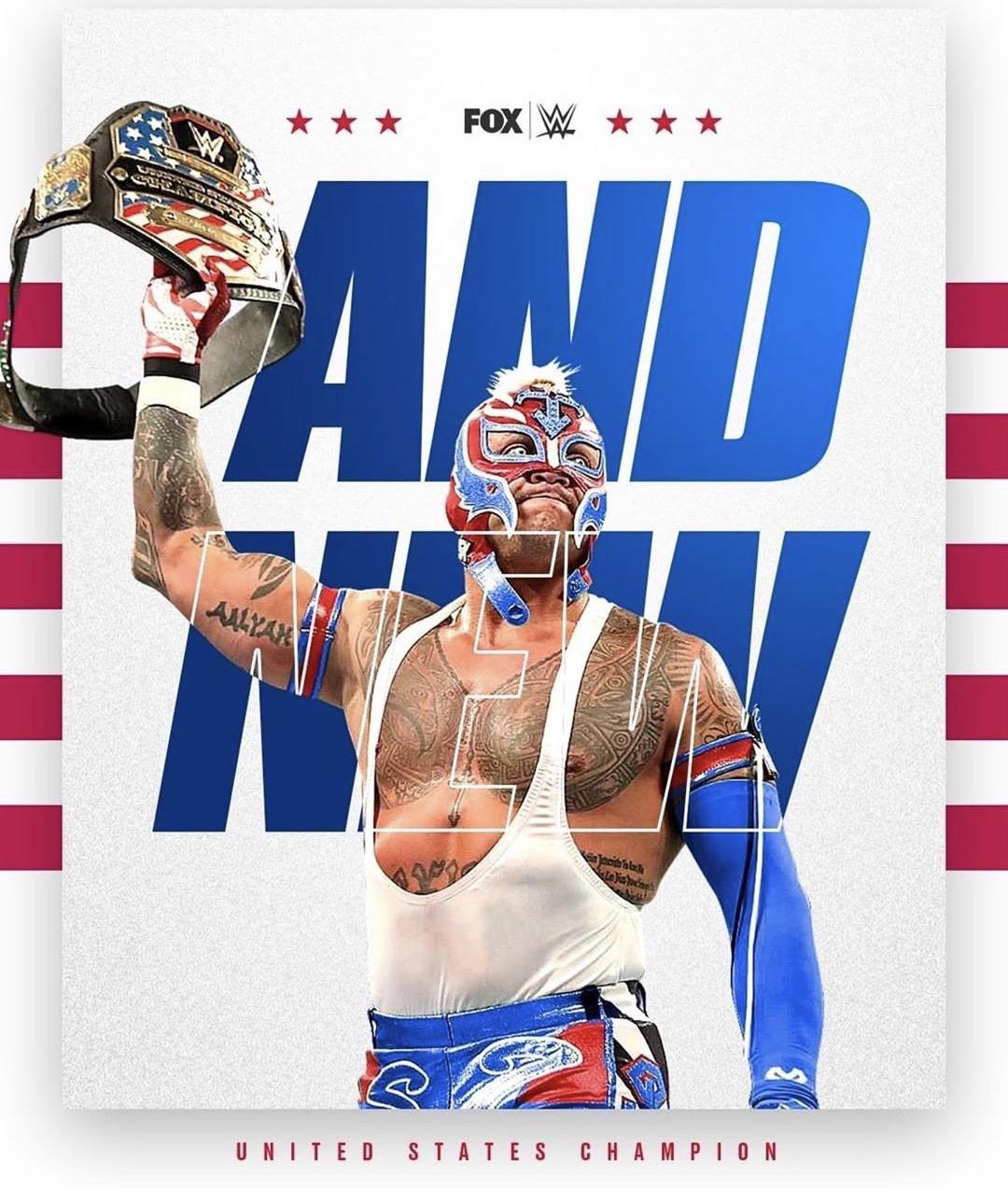 After winning the U.S Title at WrestleMania, Rey went on to barely defend his title. He considered himself as the G.O.A.T and refused to wrestle on daily. The U.S Champion only defended his title twice, one against Finn Balor and the other against the former champion, AJ Styles.

Rey was the champion for over 115 days. The night after Money In The Bank, the general manager of Raw ordered Mysterio to defend his title in the main event and if he does not then the title will be stripped from him. The U.S Champion had no other choice but to follow orders.

Mysterio had a title match against former NXT champion Tommaso Ciampa, who was making his singles debut on Raw. Just as the match began, Mysterio looked to retain the title via disqualification. As he attempted to hit Ciampa with a steel chair, a hooded figure took the chair away from him. Ciampa took advantage of the distraction, hit Rey with a high-knee and then the ‘fairy-tale ending‘. Ciampa won the match becoming the U.S Champion on his debut.

The hooded figure was standing among the crowd as he revealed himself to be none other than Dominik Mysterio. Rey was angry as Dom looked down on his father with a smirk.

Father vs Son? Mysterio vs Mysterio

The following week on Raw, Rey demanded he gets a rematch for the U.S Title, but all he got was an ambush from Dom. The father and son had a brawl like no-other.

Dom wanted a match against Rey but his father refused. Later, as Rey was on his way to the GM’s office, Dom ambushed him yet again, beat him to a pulp and said that he will give him till end of the night for him to agree. It was almost the end of the night, Dom was making his way to the ring to call out his father. Rey sneaked up behind his son and hit him with a steel pipe. Rey looked at his unconscious son and said, “You still have not learnt anything”

The following week on Raw, Dom was in the ring and he called out his father. Rey came out, Dom wanted to face Rey in a match that Sunday at SummerSlam. Rey said, “If we have a match, you will be crying again after we loose.” Dom replied, “Okay father, if I loose I will quit wrestling for good.” Rey smiled, “But if you loose, will you do the same?” Dom asked.

Rey was quiet for a bit and then accepted the challenge . 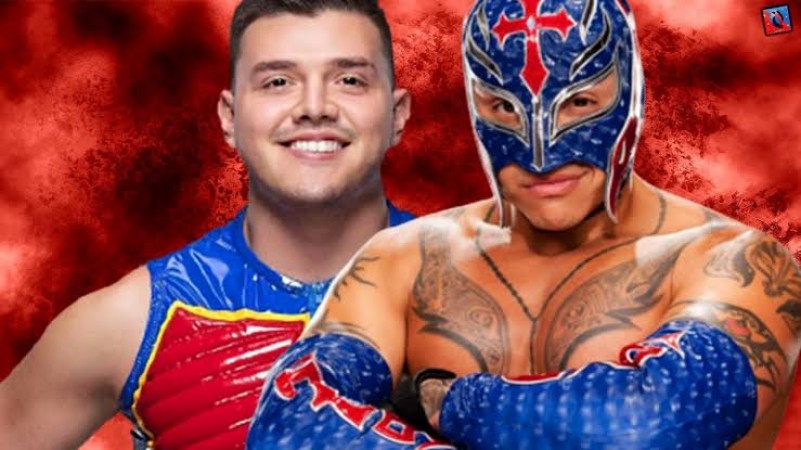 One hell of a match, Dom and Rey gave it their all. 6-1-9 after 6-1-9, splash after splash and dive after dive. It was a feast for the eyes. Dominik showcased his new finisher called the ‘Chaos Theory‘. It was an ‘electric chair into a double-knee jaw breaker‘. The Chaos Theory also gave Dominik the victory.

Despite winning the match, Dominik could rejoice in the moment completely. Rey recovered, looked up at his son, Rey was in tears and he said to Dom, “You did it Son, here on out, it is your legacy to build.” The two hugged each other and Rey raised his son’s hand. It was a beautiful and emotional, passing of the torch moment. 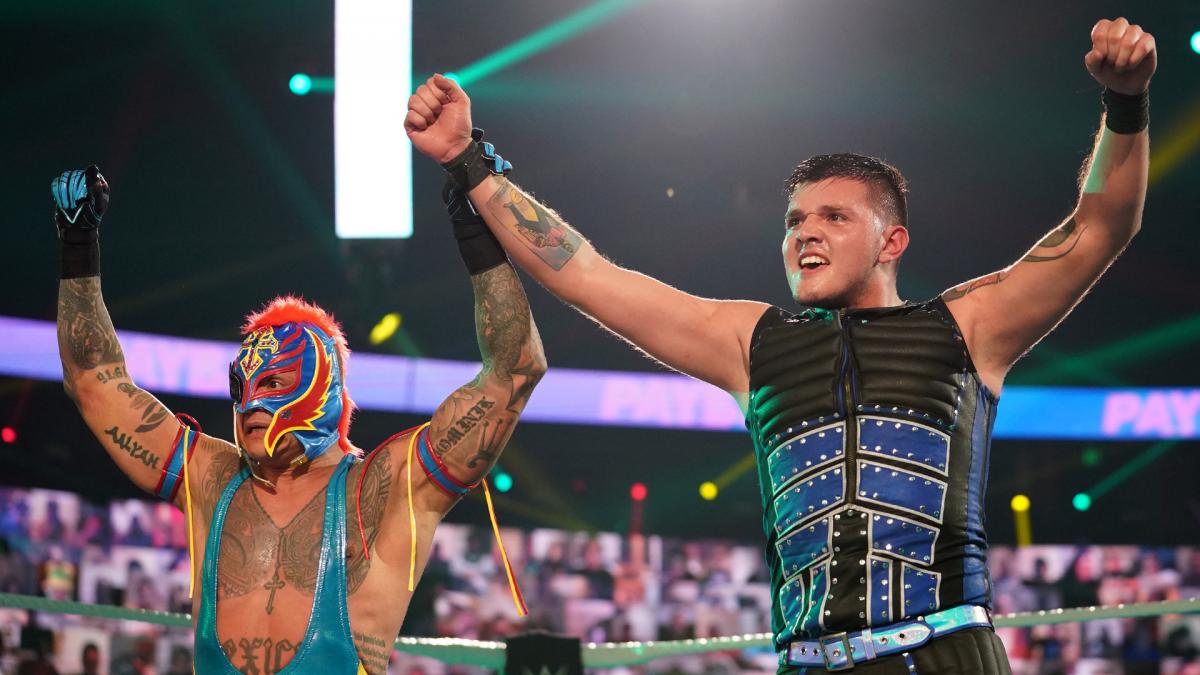 This is how I believe Rey’s path towards retirement goes. Rey has to have his final match against a young and upcoming superstar just so he can pass the torch. So, who better than his own son? Not a lot of superstars will get this opportunity either. It also puts a lot of pressure on Dominik to carry on the legacy of his father and it would be interesting to see how Dominik takes it forward.

The only reason for turning Rey as a heel is because he has been a babyface throughout his WWE career. Playing the heel character would give the opportunity for Rey to portray a different character.

There you go, that is Rey Mysterio’s retirement. Would you have gone this route or booked it differently? Let us know.