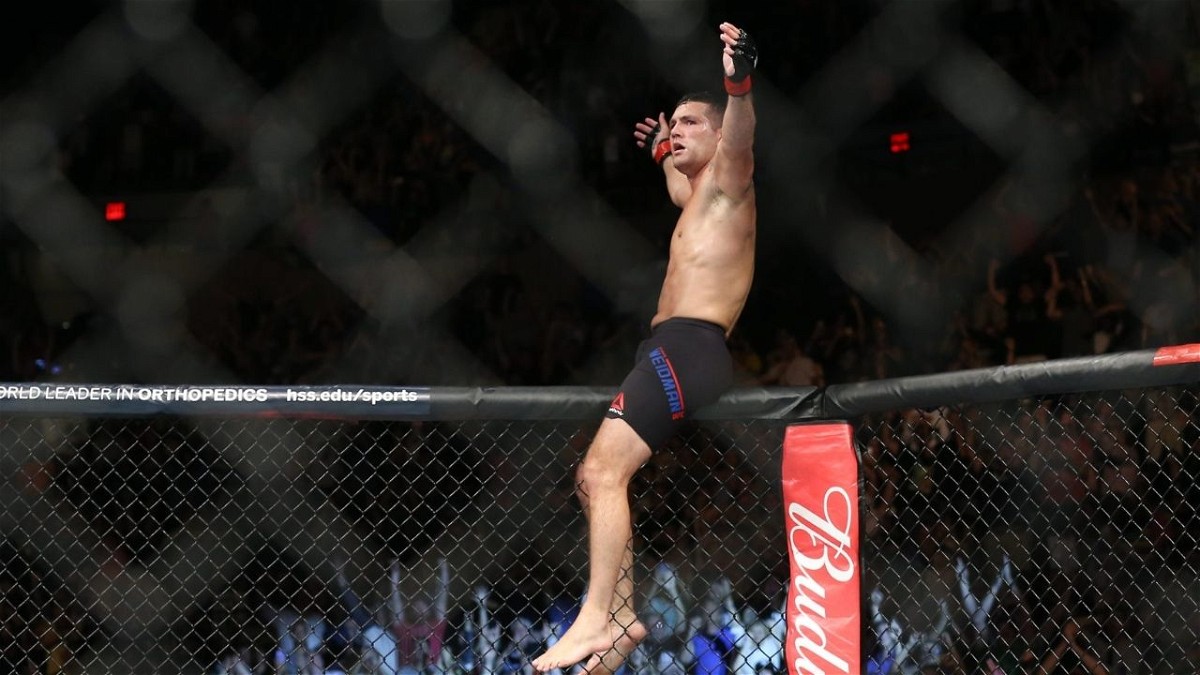 The world of mixed martial arts can be weird sometimes. While one can’t deny the coincidences in life, one that we witnessed last weekend during Uriah Hall vs Chris Weidman, where the All American suffered a gruesome leg injury in the same fashion as Anderson Silva, who also broke his tibia and fibula in a similar manner back at UFC 168 against Chris Weidman was very shocking.

However, even to this day, Chris Weidman has been criticized for his reaction post the horrific incident back at UFC 168. As the legendary Anderson Silva grimaced in pain on the canvas, Weidman screamed in joy and anger, celebrating his first title defense against none other than the Spider Silva. Needless to say, Weidman’s lack of empathy made many fight fans think negatively about him. 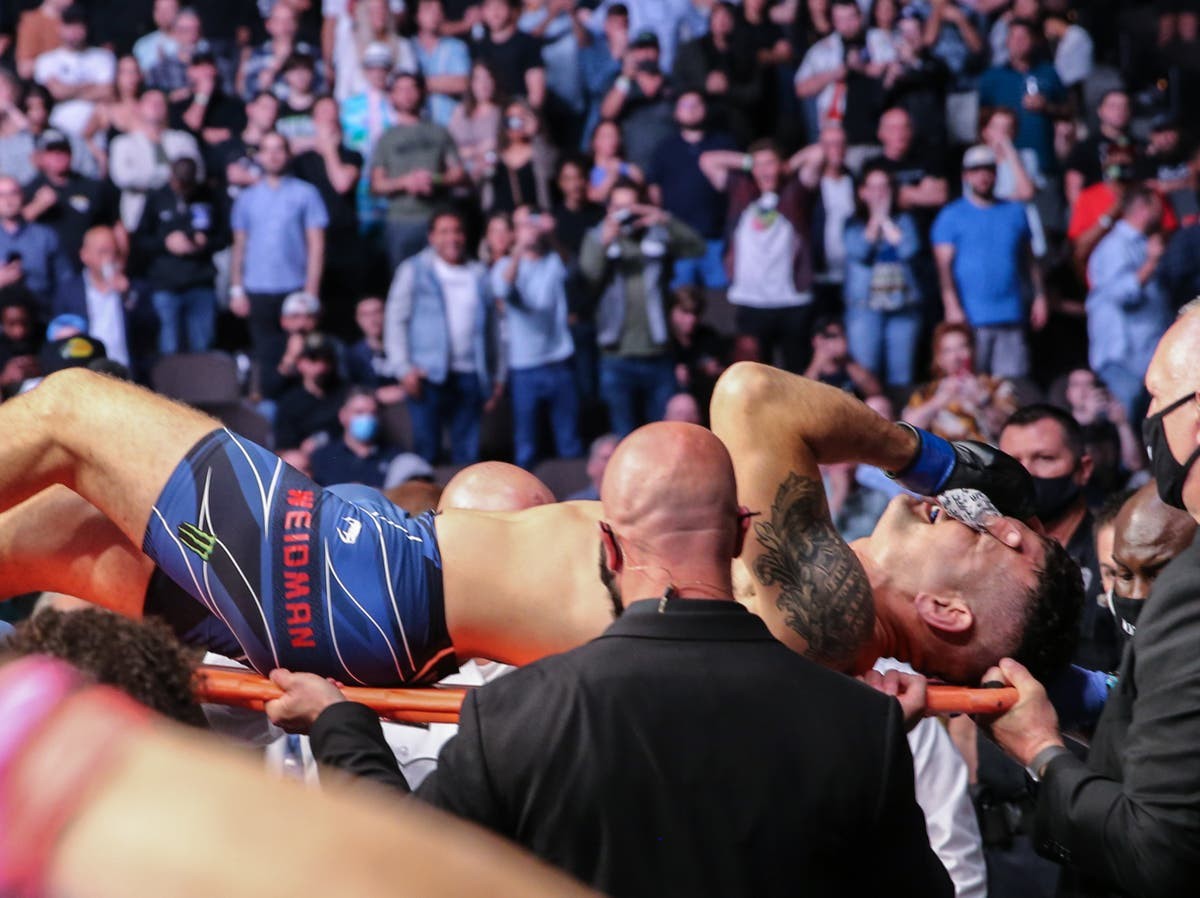 Last weekend, when Weidman suffered the same injury in almost the same fashion, fight fans started associating it with karma. While a concerned Uriah Hall looked at Weidman as he held his leg and screamed in pain, an enthusiastic Chris Weidman reached for the fences to celebrate his win as Silva fell to the canvas. However, there is very little truth to what we see in the photos that have gone famous from the event.

Here’s a look at the several images which have made to the feed of every internet user, making many call Weidman’s horrific leg injury due to his reaction back at UFC 168.

The karma in Weidman breaking his leg throwing a leg kick years after breaking Anderson Silva's leg via checked leg kick is crazy. At the first event with fans since covid hit too! I've seen the highlight at least 30x at this point and it's still just as sickening. 😭😂 #ufc261 pic.twitter.com/dPKcPSLgQs

The way Chris Weidman celebrated after Anderson Silva broke his leg on Chris' shin makes me believe in karma.

I remember when that happened. Hope Weidman recovers fully but he was definitely disingenuous about Silva being hurt. Karma has a way of creeping up in those situations.

What an ugly break of the ankle for Chris Weidman after kicking Uriah Hall! What a life? Anderson Silva was in that exact same position against him years back! Is this Karma or mare coincidence? I will go for the latter.#UFC261 pic.twitter.com/2J61mBQ8h9

OMG….Weidman got the Silva karma

Did Chris Weidman celebrate after Anderson Silva’s horrific leg injury back at UFC 168?

Yes, Weidman did celebrate his win over Anderson Silva back at UFC 168. However, the celebration can be looked at as a reaction out of pure aggression of winning a fight. For a young and talented fighter who was being doubted for his credibility when he beat the champion the first time around, accepted the rematch and fought the Spider in a dominating fashion, eventually picking up a stoppage win.

Hall did handle it better yes, but Weidman reacted in the heat of the moment in his instant celebratory reaction, he did quickly realise & go & check on Silva. I don't think it's fair to show this pic as if that tells the whole story. It doesn't. https://t.co/nJJaFaDq3V

I searched high and low for this picture but couldn’t find it.

So you can stop with all the karma BS, peeps. https://t.co/ck1GlRpSsd

While there are a lot of images of Chris Weidman enjoying post-Silva’s injury, it is just moments after the referee called the fight and the All American bounced in joy having defended his middleweight strap. Chris Weidman upon realizing the extent of Silva’s injuries immediately rushes back to Silva. There aren’t many images on the internet, however, we got out hands on few tweets which show Chris Weidman visibly concerned about Silva’s injuries.

Chris Weidman later provided clarification for fight fans who accused him of celebrating after Silva’s injury. Weidman, who is currently going through recovery after his successful surgery, put out the following tweet.