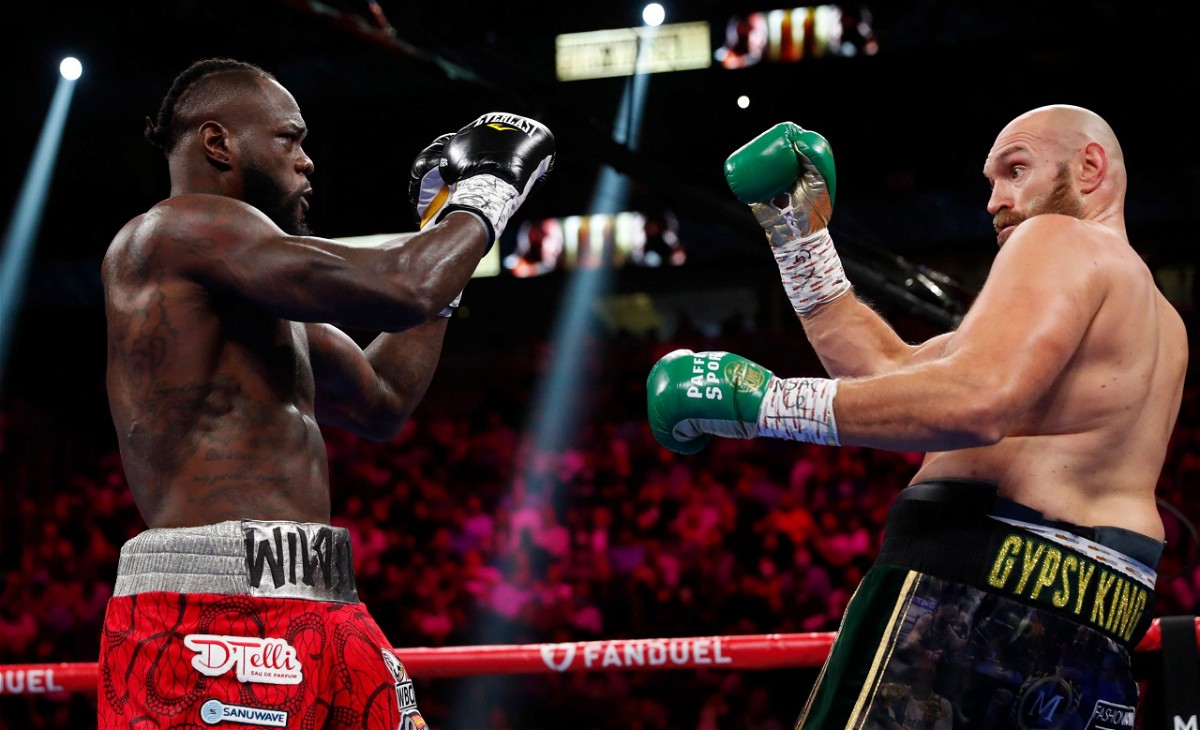 WBC lightweight champion Devin Haney took to Twitter to share his thoughts on Tyson Fury vs Deontay Wilder’s trilogy fight. The undefeated boxer was as excited as fans around the world after the conclusion of Fury vs Wilder 3. In what was an exciting eleven rounds, Tyson Fury got the better of Deontay Wilder as he knocked out the Bronze Bomber with a vicious left hand to defend his WBC and the lineal heavyweight titles.

With this win, Tyson Fury has cemented himself as arguably one of the greatest heavyweight boxers of all time. It won’t be wrong to say that, years down the line, Fury’s name will be talked about right alongside the likes of Muhammad Ali, Mike Tyson, Oscar De La Hoya, and Floyd Mayweather among others.

Fury/Wilder was the fight of the year

Fans around the world took to social media platforms to share their excitement at the epic outcome of the trilogy fight. “Fury/Wilder was the fight of the year.” Haney tweeted. Legendary boxing coach Teddy Atlas compared the outpouring love and support for Deontay Wilder to Roberto Duran, in light of his epic trilogy fight with Sugar Ray Leonard.

In some ways this fight did for Wilder what the loss to Duran did for Leonard, it gained him respect from public. #FuryWilder3

In some ways this fight did for Wilder what the loss to Duran did for Leonard, it gained him respect from public. #FuryWilder3

What’s next for Deontay Wilder?

Deontay Wilder is on a two-fight losing streak after remaining undefeated for 43 straight professional bouts. Fight fans are hitting at the possibility of Deontay Wilder facing Anthony Joshua next. Both the boxers were once pitted against each other when they were champions.

However, it seems unlikely that Wilder vs Joshua will take place in the near future. While Joshua has activated his rematch clause with Oleksandr Usyk, Wilder might be out of action for quite some time now considering the damage he absorbed in the trilogy fight. The loser of Dillian Whyte vs Otto Wallin is another exciting option for Wilder, who will look to climb back up to once again as his spot at the championship belt.