It looks like Nick Diaz might be returning to the Octagon after all. The former Strikeforce welterweight champion and UFC welterweight title contender, Diaz has not stepped inside the Octagon since his unanimous decision loss to Anderson Silva back at UFC 183.

It looks like the Stockton Slugger used the lockdown time to the best as he looked in great shape in the recent post on his social media platform. Just recently, former UFC dual champion Daniel Cormier also revealed that he ran into Nick Diaz. Cormier complimented Diaz’s shape and strength in a tweet and fueled the rumors yet again of a potential UFC return of Nick Diaz.

Just last week, Diaz tweeted for the first time in over two years sharing some training photos with fight fans around the world. The most recent tweet looked like a subtle dig at former interim welterweight champion Colby Covington. However, some fans are saying it could be a direct shot at Daniel Cormier as well.

I just saw @nickdiaz209 in the lobby and I was very surprised at how strong he was. My goodness For a smaller guy dude is strong

“A gentlemen never tells.” Nick captioned. Be that as it may, with Covington mentioning seeing Dana White and Nick Diaz together, and Daniel Cormier meeting Nick Diaz in the UFC lobby, it only points towards one thing – Nick Diaz is coming back! 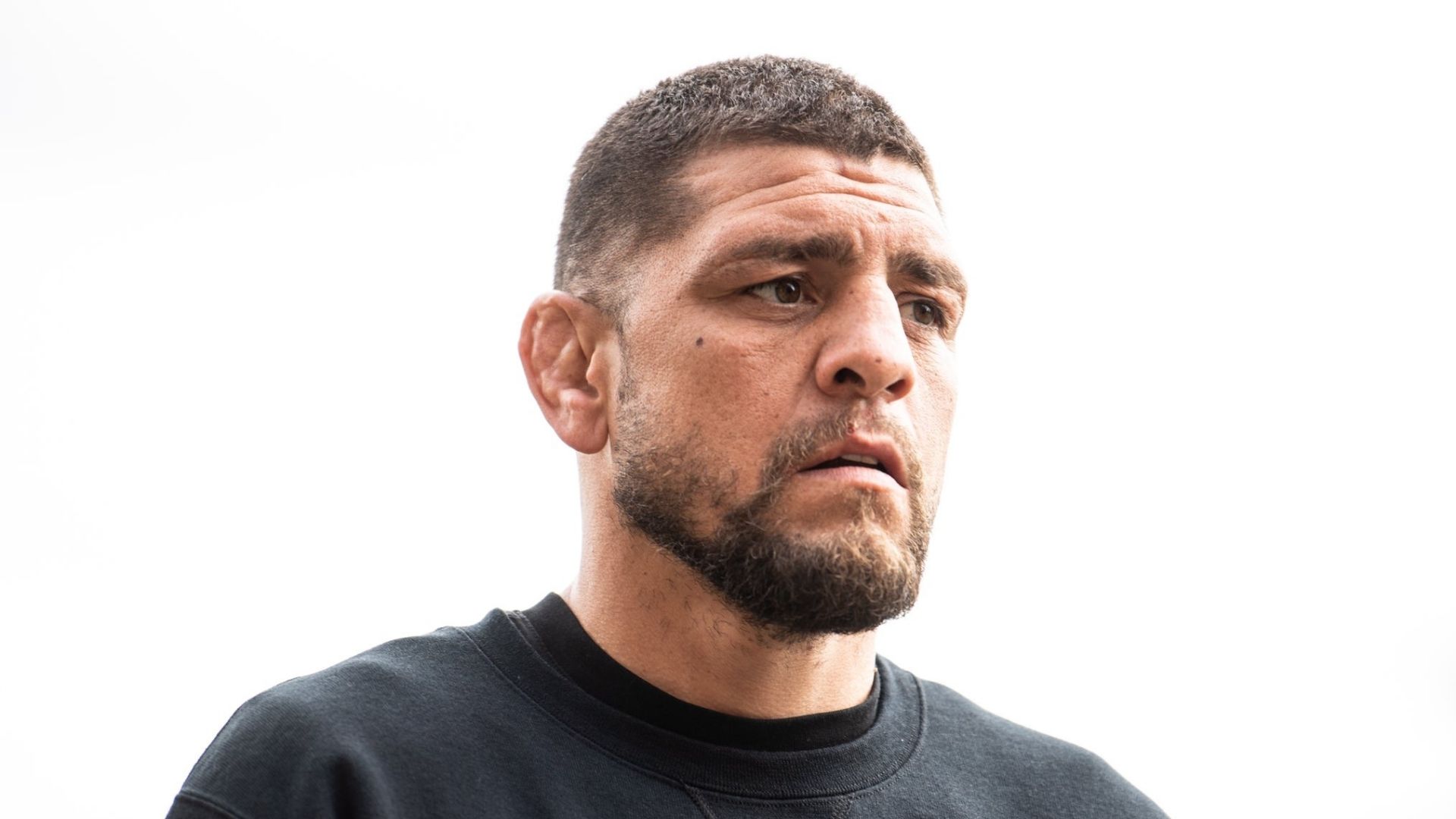 Diaz has been away from the Octagon after he was banned for five years for multiple marijuana violations. However, the irony of it all still stands, and now with marijuana legal under USADA, it’s nothing but unfortunate to have lost to a fighter who was in his prime and competing.

The return of Nick Diaz?

While it’s too soon to say Nick Diaz is returning to the Octagon, in the past, Diaz’s manager has clearly stated that Nick wants to make his UFC return. Diaz was also spotted at a UFC performance center before the pandemic, and all the advancements in the past couple of years have only pointed towards the possible return of Diaz back inside the Octagon.

Needless to say, there are a lot of exciting options for the elder Diaz should he decides to make his return. The Stockton Slugger is already considered one of the greatest mixed martial artists of all time.

Nick Diaz is in the building for #UFC261 👀 pic.twitter.com/KyS9W5S0oQ

He recently made an appearance at UFC 261 and was present in the crowd for the Kamaru Usman vs Jorge Masvidal fight. Is the Stock Slugger coming back? Only time will tell.