Find Out How Conor McGregor, Dustin Poirier and Other UFC Fighters Celebrated Christmas 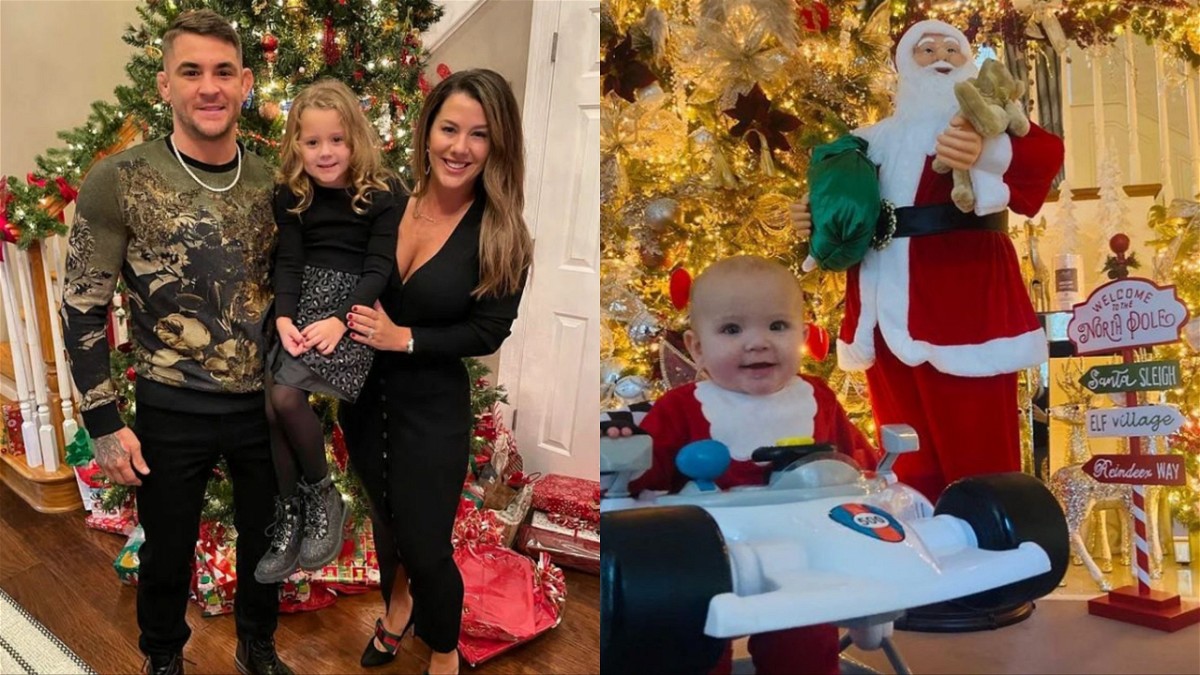 Christmas is considered a very auspicious occasion for people who believe in Christianity. Consequently, people all around the world celebrated the festival with their friends and families. UFC fighters are no different. The fighting superstars celebrated the occasion by sharing the family pictures and wished the entire world a Merry Christmas.

From Conor McGregor to Dustin Poirier, most of the acclaimed and famous athletes have shared images of them celebrating the occasion with their families. For Conor McGregor’s youngest son, this year was the first Christmas. Hence the richest Mixed Martial Arts fighter did not hold back on the number of gifts for his children.

He followed it up with a copious amount of pictures of the gifts that the children of the McGregor household got.

Conor’s opponent for both of his fights this year, Dustin Poirier also posted a picture of his adorable daughter and wife. However, he started the day with a dig towards McGregor, Nate Diaz and Colby Covington.

Merry Christmas to everyone!!… except Nathaniel, Conor and Colby but everyone else hope you have a great day!!

Dustin Poirier later posted the photo of his family on Instagram with the caption, “Merry Christmas!!“

Former UFC light-heavyweight and heavyweight champion Daniel Cormier also took to Instagram to share a picture of his family. His caption read, “Christmas everyone from my family to yours. I hope you all have a wonderful day, and may God bless you and your loved ones. Daniel, Salina, Daniel II, Marquita and Luna”

While the posts from the above-mentioned fighters got the most amount of love, other notable UFC athletes took the time to wish the fans.

Here are some of the social media posts:

Merry Christmas from the Swansons ???? pic.twitter.com/e5jntlJSlw

Merry Christmas from the Holloways ???? pic.twitter.com/uXNo11kZ3a

Merry Christmas to all my fans and supporters! I appreciate you all

I hope y’all had a great Christmas pic.twitter.com/3LGsUPjP2O

Christmas was very different this year. Not sure if I’m bothered by it or just happy to enjoy my own mental head space.