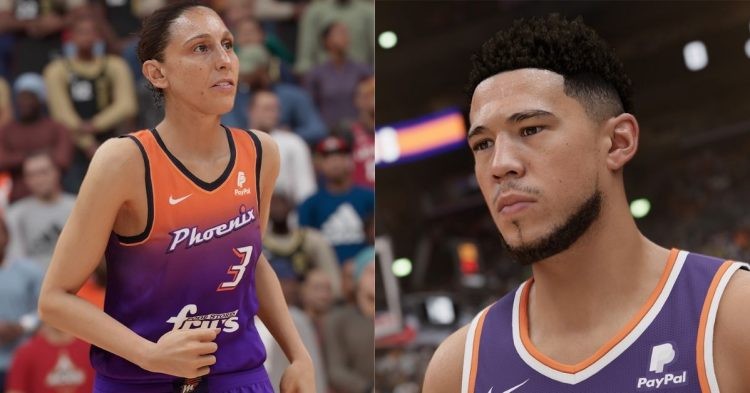 NBA 2K is back with their latest installment in the series. This year, the devs have gone the extra mile and we have seen 3-4 different covers for NBA 2K23. There’s the standard edition with Devin Booker, The Michael Jordan edition with His Airness himself, and the WNBA edition featuring Diani Taurasi and Sue Bird.

First Look at our Cover Athlete @DevinBook in #NBA2K23

The 2K games have been a long-running series with over 20 main games and 7 spin-off titles. For a long time now these games haven’t had much in the name of competition and have continued to dominate the basketball video game department. The last time NBA 2K had some competition was back when NBA Live was still a thing. Let’s look at what 2K23 has in store for us.

The last time Michael Jordan graced the cover of an NBA 2K game, it ended up being one of the greatest games in the franchise. Fans still talk about how legendary 2016 was, and 2K16 played a huge role in that. So far, everything we have seen from 2K23 has only continued to impress. The players look amazing, especially the in-game models of this year’s cover athletes. If the gameplay is anywhere as good as the visual aspect of the game then 2K have a winner on their hands.

NBA 2K23 brings back a fan-favorite mode in the form of the Jordan Challenges. The last time these were in a 2K game was back in NBA 2K11, fans have been asking for their return ever since, and 2K has finally made it happen. Here is a look at MJ in 2K23.

Now, since MJ is on the cover we can expect 2K to turn things around a little, maybe we won’t have to deal with those annoying unskippable cutscenes in MyCareer mode, maybe they have gotten rid of all the microtransactions but that’s more of a pipe dream than a realistic expectation at this point.

But, all of this is still just speculation and we can’t form an opinion on the game before we even get to play it, although 2K has made a prelaunch decision that has managed to piss off the entire PC gaming community. 2K has announced that PC players won’t get access to the next-gen version of the game. This has rightfully made the 2K PC community very angry, they hope that this won’t be the case when the game comes out on the 9th of September 2022.