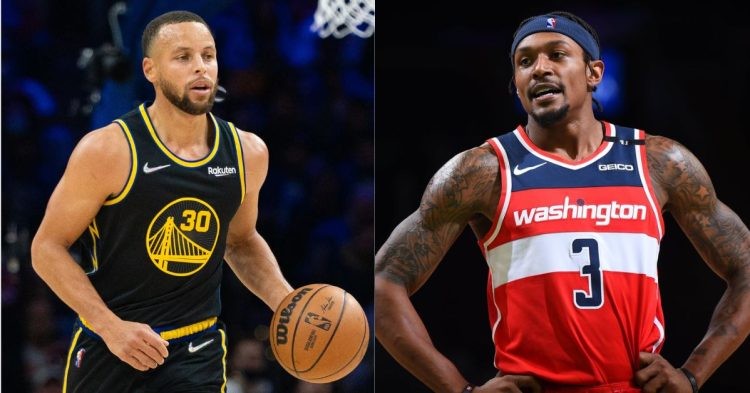 The opening night of the 2022-23 NBA season is just around the corner as the Golden State Warriors prepare to face the Los Angeles Lakers. The NBA will also hold the ring ceremony on the same night on October 18th. That said, we are close to the start of the 2022-23 NBA preseason as well.

The NBA is using a 3D billboard in Japan to promote this weekend’s Warriors-Wizards series 🇯🇵pic.twitter.com/7QnuSQMNw8

The Warriors will play against the Washington Wizards in Tokyo, Japan. We return to NBA action without months of it and excitement is at a high for every fan right now. The preseason will be the start of GSW’s title defending journey. The NBA has even used 3D billboards to promote the game that will happen in the Asian country.

Can the Golden State Warriors get off to a good start to defend their NBA title?

As we all know, the Warriors won their 7th title this year. It was also their 4th championship with their best-ever player Stephen Curry. The 2022-23 NBA season was one of his best. He outperformed every single player on the court during the NBA finals against the Boston Celtics. In addition to that, he was also the best player during the playoffs as a whole. Curry averaged 27.4 points, 5.9 assists and 5.2 rebounds in 22 games, according to statmuse, in the 2022 playoffs.

The Warriors officially touched down in Tokyo ahead of their game vs. the Washington Wizards 🙌

On the other hand, the Wizards’ star man is Bradley Beal. The 29-year-old 23.2 points, 6.6 assists and 4.7 rebounds in 40 games of the 2021-22 season. The Wizards star recently signed a supermax extension with the team that will see him earning more than $250 million. He boasts one of the most lucrative contracts in the history of NBA.

The Washington-based franchise has not enjoyed much success in recent times. They were eliminated from play-in game contention this year. In the regular season, they finished 12th in the table with a record of 35-47. Considering the fact that the Warriors are coming fresh off a title win, it seems like the favorites may be obvious.

The Warriors may take home the win against the Wizards, but they would have to play their biggest stars on the night. If we’re being honest, Steph may not feature for long, since it is just a preseason game. The same applies to all the other stars on both teams.

The purpose of the game is to warm-up for the regular season. However, if they get to a winning start, the mood around the Warriors dressing room will be positive and in support of them to continue their form this season as well.