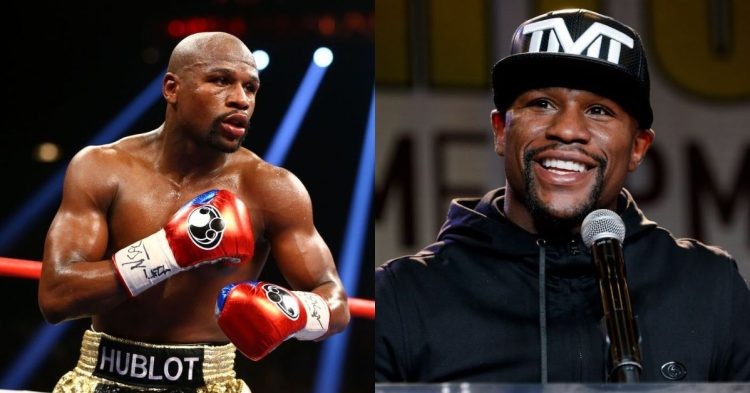 There is great news for all the Floyd Mayweather fans out there as the former champion has indicated that he will fight in three exhibition fights this year. Moreover, Mayweather is planning to come out of retirement for a sanctioned fight in 2022. He also revealed how much he will earn for his upcoming matchups.

Money made this announcement while having a conversation with Fighthype. Boxing journalist Michael Benson reported this news and shared an update regarding Mayweather’s return on Twitter. Floyd Mayweather last stepped inside the ring to take on former sparring partner Don Moore in an exhibition bout that took place in UAE.

Floyd Mayweather has suggested that he could come out of retirement for a sanctioned fight in 2022. He said: “I’ve got three more exhibitions this year. It could be one fight and two exhibitions. It’s at least $200million.” [@FightHype]

Mayweather made it look easy against Moore as he obliterated him with his speed and even dropped him twice in the eight-round bout. After the fight, Floyd confirmed that he is planning to fight in an exhibition bout again this year but didn’t reveal the name of the opponent.

However, Money’s recent announcement of him fighting three more times has made fans around the globe excited. Fight enthusiasts on Twitter are speculating all kinds of fighters who could be Mayweather’s next opponent for his boxing fight. But as per a few reports, it looks like Floyd will fight Japanese fighter Mikuru Asakura in September.

In the end, it is needless to say that regardless of who Mayweather chooses to fight, he will earn a huge payday as he is undoubtedly one of the biggest names in the history of boxing.

After Floyd Mayweather suggested in a recent interview that he could come out of retirement for one last fight, the rumours of him fighting Conor McGregor in a rematch looks possible. The rumours of this highly anticipated rematch sparked after McGregor posted a picture of their first fight and captioned the image “I accept”.

Money Mayweather has expressed his desire to offer Conor McGregor a rematch on several occasions with one being during the build-up of his exhibition bout against Logan Paul. As of now, neither Floyd nor his manager has given any update as to whether they are in talks with The Notorious for a rematch.

The only obstacle towards this rematch not happening is UFC President Dana White as he is not interested to watch them fight again. But there is a minor possibility that these two fighters could end up fighting each other in a rematch if all parties are happy with the amount of money they are making.