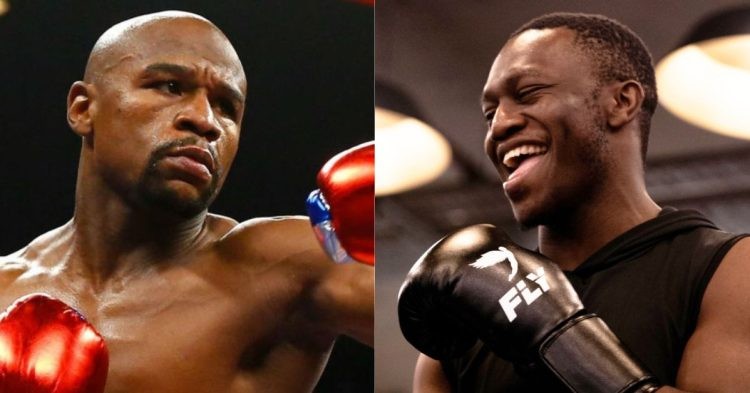 A few months ago Floyd Mayweather confirmed that he will step inside the ring twice this year and has no intentions of retiring from boxing. The former world champion is scheduled to take on Mikuru Asakura in an exhibition bout that will take place in Japan on September 23rd.

However, Money Mayweather could be back in action for the third time this year as he is rumoured to fight British YouTuber Deji in an exhibition bout on November 13th this year. This matchup is reportedly expected to take place in Dubai and both parties are currently discussing the terms and payouts for this fight.

‼️ Floyd Mayweather is reportedly now in talks to face Deji (KSI’s brother) in an exhibition fight on Nov 13th in Dubai. Mayweather is set to face Mikuru Asakura in Japan on Sept 25th and previously said that another bout is possible this year. [According to @MirrorFighting] pic.twitter.com/BdfBoGVO7T

Deji who is the brother of popular YouTuber KSI posted a tweet saying he will make an announcement regarding his next fight shortly. This is a great opportunity for Deji to make a name for himself and he will be high on confidence after picking his first professional boxing win last month.

With that being said, fight fans around the world are shocked after hearing this rumour as there were several other options for Floyd Mayweather to choose from. Considering the fact that big social media influencers like Jake Paul and KSI had publicly expressed their interest to fight Money Mayweather in the past.

Who is Floyd Mayweather’s next opponent Deji?

Floyd Mayweather’s next opponent Deji Olatunji also known as Comedy Shorts Gamer is a popular British influencer with over millions of followers and subscribers on YouTube and Instagram. Deji made his amateur boxing debut in 2019 against Jake Paul where he suffered a brutal stoppage loss.

His second and third boxing fights also didn’t go as per plans as both his opponents Vinnie Hacker and Alex Wassabi outclassed him and he ended up with a 0-3 amateur boxing record. Thereafter he squared off against Fousey in what was his first professional bout at the KSI vs Pineda PPV that took place last month.

Deji finally secured his first boxing win and he did it in violent fashion as he stopped Fousey in the third round of the fight. With this win, Deji has a professional record of 1-0 under his name. Now he will step inside the ring to collide against Floyd Mayweather who will be the toughest challenge of his career.

It would be interesting to see how Deji performs against a former world champion and whether he manages to do better than his YouTube counterpart Logan Paul.