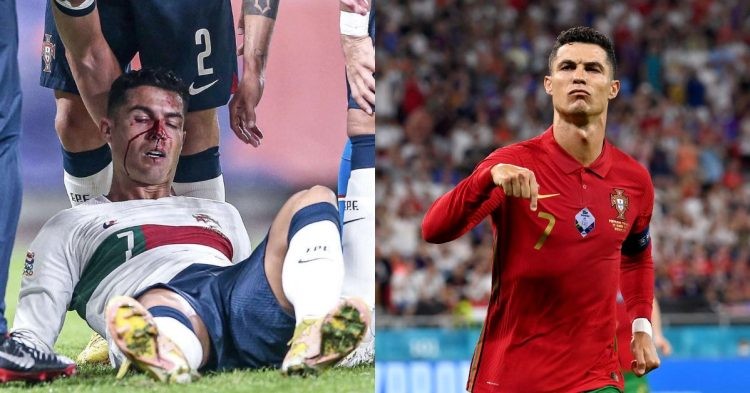 Cristiano Ronaldo ‘s form has been in question since the start of this season. He has scored just one goal, a penalty against Moldovan side Sheriff in the Europa League. He registered his sole assist against the Czech Republic in the Nations League. His future remains in question at the club level but internationally he is integral to Portugal‘s success.

“As always, tomorrow we count on your tireless support! Let’s go Portugal!” Ronaldo said in his Instagram post last night. Portugal face Spain in an all important Nations League final qualification match. Ronaldo scored a hat-trick in the World Cup against Spain, and seems to have registered a stern warning to them.

Cristiano Ronaldo is currently the top scorer in international football

For Portugal Cristiano Ronaldo has always been very important. We have seen that despite being injured he can have a big impact on the team (Euros 2016 finals). His 117 goals have been very important since his debut in 2003. Now the captain of Portugal his leadership on the pitch is clearly seen.

He is also a leader by example. His form for Portugal never seems to be in doubt and he will be very important in Portugal’s bid for the World Cup.

Domestically, he seemed to struggle in a struggling Manchester United side at the start of the season. Following the Brentford match, although, United’s fortunes seemed to have reversed. Since then Ronaldo’s form has continued to spiral. He has since become a bench player in the squad, something we never thought would happen to one of the best players in the world.

Speaking on his future, Cristiano himself has said he would like to play this World Cup and the next Euros, by when he will be 39. His fitness will, in all likelihood, not be an issue and his international future seems to be reasonably defined.

Ronaldo’s domestic career, on the other hand, is up in the air. His form for Manchester United has seen fans call for his departure with clubs like PSG and Sporting Lisbon interested in the Portuguese’s services. January and the subsequent summer transfer window will be very interesting regarding the striker’s future.

With a star-studded squad, Portugal should be one of the favorites for the World Cup. As Ruben Dias said in his interview, Portugal cannot heavily rely on Ronaldo if they want to win the World Cup. They need every single player to perform.

Portugal started this year off with questionable performances in the World Cup qualifiers. They finished second in their group, meaning they would have to take part in knock-out games. Italy’s shock loss to Macedonia made Portugal’s road to Qatar much more straightforward, but this mounted pressure on the manager and players.

They seemed to have turned it around in the Nations League and are currently perched on top of their group, with a game to play. Their manager seems to get the best out of the players when it matters most, and Portugal seem to be building up a head of steam heading into this World Cup.

But, if the past is any indication, it would require a very big effort from the Selecao, to oust other big teams in the competition, something they have failed to do effectively over the past years. 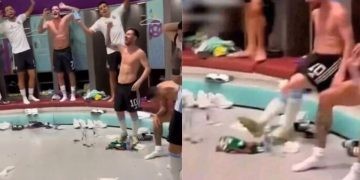