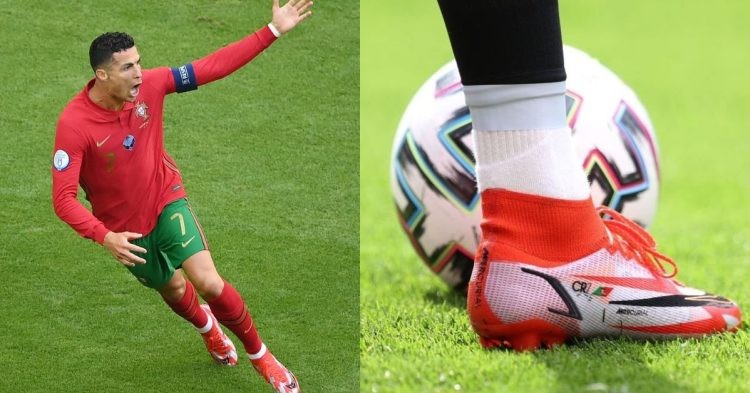 In football, you have great players like Zlatan Ibrahimovic, Neymar Jr, Sergio Ramos, and many more established stars. On the other hand, you have Cristiano Ronaldo and Lionel Messi. These two are the only players to have an everlasting impact on the beautiful game. We can never forget their accomplishments in the game, even after a hundred years.

Although many may prefer Messi over Ronaldo, the former Real Madrid forward isn’t anything short of a legend. He is currently the sport’s top scorer, with 815 goals across four different leagues and for his national team, Portugal.

Ronaldo’s legacy in football is one of the things in the world that can never be questioned. The same goes for his journey with the sports brand Nike. He is their biggest athlete and will be for years to come. Together with NBA star LeBron James, Ronaldo has a lifetime contract with Nike. He has worked with the brand to create many beautiful football boots over the years for his brand: “CR7”.

Nike and Ronaldo started their collaboration on a good note. The former Madrid striker debuted the boot in the Madrid derby against Real’s fierce rivals Atletico. The boots had a unique safari print, unlike any other. It was surely something that caught the eye of many. It was the start of something special for Nike and CR.

The Safari Black became famous when Ronaldo wore it in the Copa del Rey final against Barcelona that year. He scored the winner to bring the trophy to Madrid. Once again, Nike went for an eye-catching design. The boot had a full-black design with safari prints, together with green designs for the Nike and Mercurial logos.

Cristiano went back to wearing the Mercurial Vapors in late 2011. And he continued that for the next year as well. In 2012, Nike launched Mercurial Vapor VIII CR ($200) in a distinctive color. The bottom of the shoe was blue and pink and that came as a surprise to many.

The heel had Ronaldo’s “Love to Win, Hate to Lose” logo. It had a heart overlapping a cross. The heart represented the player’s success and hunger to win. On the other hand, the cross displayed his mentality of not wanting to ever fail.

CR7 continued with the Vapors till mid-2014, before Nike released the Mercurial Superfly IV CR7. Although Nike had been making boots, especially for their star athlete, this was the first time the CR7 logo was on the boot. These particular boots have now become iconic as they depict the start of Ronaldo’s legacy.

The reason for that is that he entered his prime when he started wearing them. He started breaking record by record after 2014 and made a name for himself as football’s finest.

After launching the base edition, Nike came up with many others for the same boot model. They released the SE Rare Gold, Silverware, and 324k Gold in the later months. One of the boots to stay in our hearts was CR7 Chapter 1: Savage Beauty. The design itself was iconic and it had fiery and lava elements on the front.

The boots turned out to be extremely effective for Ronaldo. He broke the record for most goals scored in the UCL group stages and made it his own with 11 goals in 6 games.

The football star stuck with the Superfly models and worked with the sports brand to release the Mercurial Superfly CR7 ‘Quinhentos’ ($1500 USD). Nike launched it at the same time as the 324k Gold ($700 USD) in October 2015 but it became a tribute to Ronaldo scoring more than 500 goals later on.

The Vitorias were the most special of them all. Nike dedicated the sleek white and gold-designed boot to Ronaldo’s achievements that year. He had won his fourth Ballon d’Or, the hass, and the 2016 Champions League with Real Madrid.

Winning all those accolades is astonishing on its own, but to do it in a single year? That just shows how special Ronaldo was during his prime. His haters may claim that he did not deserve those trophies. But the way he stepped up for both Real Madrid and Portugal in times of need is the reason why he really won. Nike even released only 777 pairs to pay respect to Ronaldo.

Once again, the CR7 Quinto Triunfo( $1,000 USD) was a commemoration of Ronaldo’s Ballon d’Or win. He had the prestigious honor of winning it again the next year. If we’re being honest, there was no other suitable candidate that year, considering what Cristiano won with his team that year and the number of goals he scored.

The Ediciao Especial was the most “special” one out of the lot. Ronaldo wore it exclusively just for the World Cup that year. However, things did not go as planned on the field. Despite scoring a sensational hat-trick against Spain and a bullet header against Morocco, Ronaldo and Co. could not get past Uruguay.

The next year, Nike released two new models for the CR7 line. Mercurial Superfly CR7 SE ‘Cristiano’ and Mercurial Superfly CR7 Shuai. That still may be a dream for many, but it wasn’t like them to not make the best use of the world’s biggest athlete’s image. They launched the CR7 Shuai to celebrate Ronaldo’s friendship with China and its people. One of the main reasons is that he is a brand ambassador for many Chinese companies.

According to Soccer Bible, the boot had writing that mentioned, “Tong Shuai”. It translates to “Stylish Commander”. Although it may be a new nickname for Cristiano, it does depict him exactly. Ronaldo left Real Madrid to join Italian club Juventus in 2018. And the next year, he was leading the team to another Seria A title in Italy.

Nike launched the Mercurial Superfly CR7 Safari($600 USD) that year. It was a tribute to the successful first model of the Safari that they released in 2010. This time around, the boot had the ankle top, and CR7’s logo but the overall design was the same.

In 2021, the brand launched the Superfly CR7 Spark Positivity($350 USD). Ronaldo wore them during the Euros 2020. Despite making it out of the group stage that had powerhouses like France and Germany, Portugal toppled over to Belgium in the Round of 16.

Cristiano has been seen wearing other boot models since then, but signature models haven’t been released for a while now. However, the 37-year-old currently wears boots with his branding ‘CR7’ on the top or sides and will do so during this season as well. 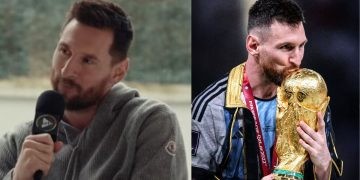