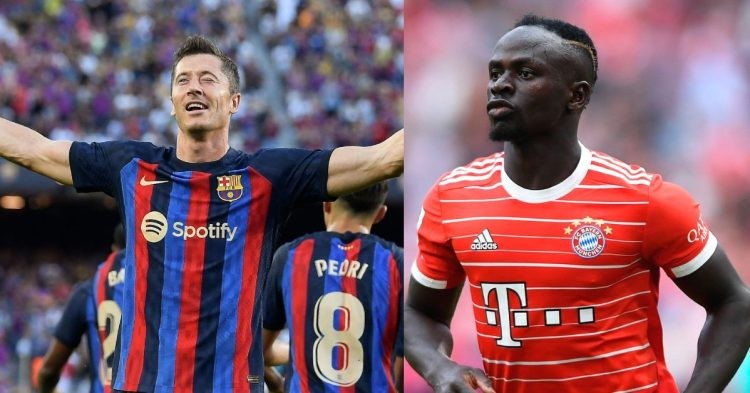 The UEFA Champions League is underway and we have an exciting fixture tonight. Bayern will be playing against 5x UCL winners Barcelona. The game has pumped many fans up due to its past results.

Who will come out top tonight? 🤔 pic.twitter.com/k5RZCY8osN

In 2019, Bayern beat the Spanish club 8-2. It is impossible to point out a single player who stood out in their win. The game was collectively a tremendous effort for Hansi Flick’s men. He was then sacked the next season. Speaking of that game, the result may not be the same this time around.

Barcelona may get the better of Bayern with their overhauled team

In their last five games, Bayern have only won 3 games, while drawing the rest. They are currently 3rd in the Bundesliga with SC Freiburg and Union Berlin in front of them. It may seem like things are shaky right now, but The Bavarians know how to get things done. They have won the league 10 times in a row, being the only current team with that streak. With ex Liverpool forward Sadio Mane on their team, Bayern are looking strong.

On the other hand, Barcelona look like their old self once again. The last time they faced the Germans, they had Lionel Messi. However, he was the only player they could depend on to connect the whole team together. This time, they have brought in a variety of new players. World-class stars like Robert Lewandowski, Jules Kounde, and Raphinha may be crucial for the team.

Speaking of Lewandowski, he moved to Spain just a couple of months ago. Despite being a completely new player, he has settled in extremely well. In just 6 games of the 2022-23 season, the Polish striker has 9 goals. That includes a sensational hat trick against Czech club Viktoria Plzeň.

In addition to that, Bayern losing Lewandowski will always be huge. He has been at the peak of his career in the last couple of years, scoring more than 50 goals in multiple seasons. However, they do have a new defender, Matthijs de Ligt who is an exceptional stopper. With him, Bayern may be able to stop their former man.

My prediction for the good old classic UCL night would be a 2-1 win to Barca. Lewandowski and Mane both might get a goal each for their teams before either of Barca’s wingers, Ousmane Dembele or Raphinha take the win.