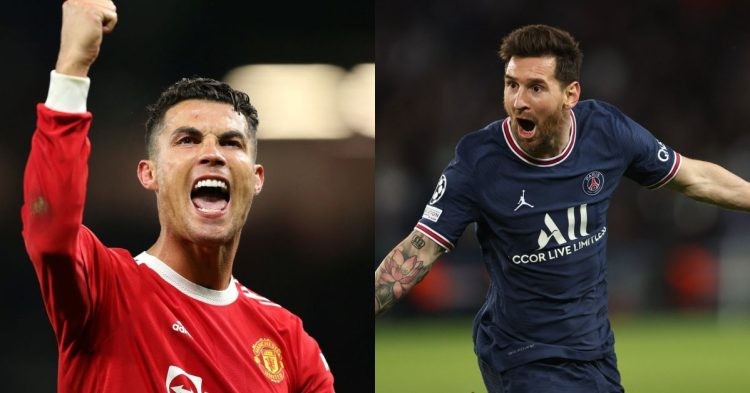 As far as the beautiful game goes, there will be two players who will always be at the top. They are none other than Cristiano Ronaldo and Lionel Messi. They have redefined the meaning of greatness in the sport over the years. CR7 has won 5 UCLs, the most of any active player, and Leo has 4. But the former Barcelona star has the edge over his rival with 7 Ballon d’Ors, whereas Ronaldo has 5.

Fans have argued since the dawn of time about who is better than the other. To be fair, that’s how these two players have performed. Both Ronaldo and Messi have pushed each other further to perform better. It is safe to say that their rivalry was the biggest motivation for them.

Although they have been on opposite sides, fans may think they have no similarities. However, PSG and Portugal midfielder Vitinha has revealed what they are.

Vitinha on Ronaldo and Messi:

“If I won half of what they won, that would be amazing! The desire to keep scoring goals, assists, playing great games, helping the team… That’s what defines them as the best of all time and I’m privileged to have had the time to play with them.” pic.twitter.com/BF1OCEYMXy

The 22-year-old also spoke about winning, just like Messi and Ronaldo. “If I won half of what they won, that would be amazing! The desire to keep scoring goals, making assists, playing great games, helping the team. That’s what defines them as the best of all time and I’m privileged to have had the time to play with them,” he added.

Both Cristiano Ronaldo and Leo Messi are the biggest winners in the game, from an individual and team perspective. Vitinha’s comments show that despite winning so many honorable accolades, they’re still hungry for more. It isn’t quite surprising if we think about it. Their winning mentality has been the main reason why Ronaldo and Messi have touched great heights.

Cristiano Ronaldo scores his first goal of the season 🔴 pic.twitter.com/OwjtjpmVgj

Messi and Ronaldo are currently playing in different leagues and are in different stages of their career. Ronaldo is looking to help bring back Manchester United to the top and the UCL next year. He scored recently in the UEFA Europa League, which was his first goal of the season. As for Messi, he has been putting in a shift for PSG this season in the Ligue 1, together with Neymar Jr and Kylian Mbappe.