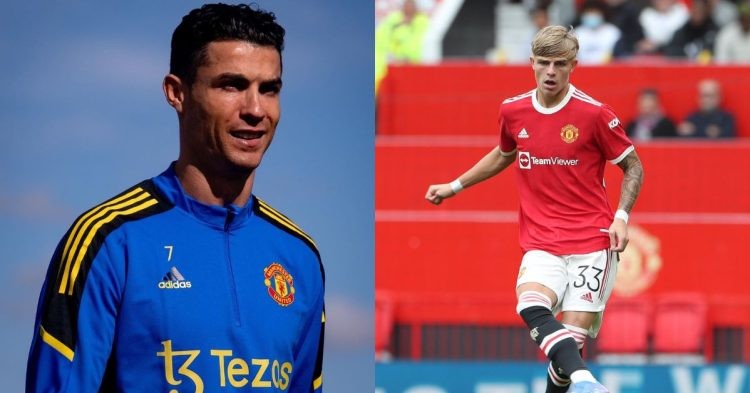 There isn’t any other player bigger than Cristiano Ronaldo in football history. Many may claim Lionel Messi is better in terms of footballing abilities, but Ronaldo is arguably the biggest in terms of popularity, status and etc. He arrived at Manchester United last year after leaving as a young player who just took the English Premier League by storm.

Ronaldo’s first spell in Manchester was nothing short of exceptional. He won the league with United three times, together with a UEFA Champions League trophy in 2008. The next year, he moved to Real Madrid. This was where he truly made his mark as one of the greatest players of all time. To date, CR7 has 5 UCLs and 7 league titles across three different leagues (Premier League, La Liga and Seria A).

When you are a player of Ronaldo’s status and popularity, there is bound to be some level of self-confidence within yourself. Some haters may even mistake it for arrogance. In Ronaldo’s case, that happens very often. There is a common misconception that he only plays for himself and not the team and teammates. However, one Man Utd youngster has publicly put these false claims to bed recently.

Brandon Williams spoke to The Sportsman about his Portuguese teammate. He said, “I wasn’t there when he first came back, but since I’ve come back, he’s been a massive influence. He always talks to me. He makes sure that he doesn’t leave anybody out.”

🗣 Brandon Williams on Cristiano Ronaldo: “I wasn’t there when he first came back, but since I’ve come back, he’s been a massive influence. He always talks to me. He makes sure that he doesn’t leave anybody out. He just talks to everybody.” [@TheSportsman]

“He just talks to everybody. He’s not ‘I’m the superstar here, I’m not going to talk to anyone. He gives me advice. He talks to me. He has a joke with me. It’s just normal stuff. When you have a colleague that’s a footballer because at the end of the day, he’s a colleague of mine,” Williams added.

Ronaldo may have won everything there is to win in football. But many haters claimed that the No.7 did not have the will to play anymore because of recent results. Brandon’s comments show that Cristiano still cares about his teammates and only wants to see them improve.

That wasn’t the only case of Ronaldo being a massive figure among the United players. A few weeks ago, they beat Arsenal 3-1 at Old Trafford. When Bukayo Saka scored the equalizer in the 60th minute, cameras captured Ronaldo trying to lift his teammates. He can be seen telling them to keep going. In addition to that, that game’s debutant, Antony, also recently revealed how it was like behind the scenes with one of the GOATs.