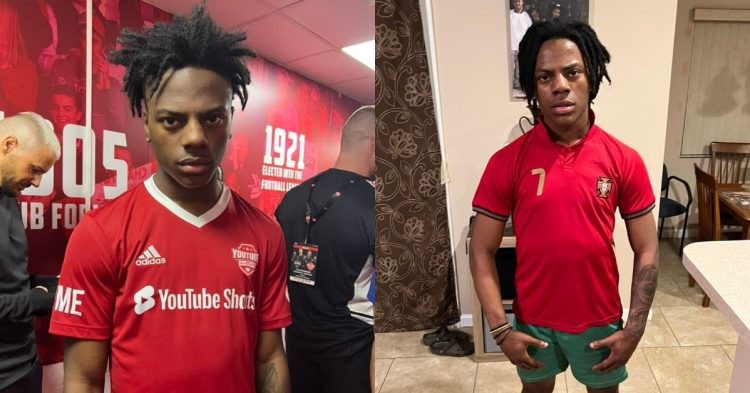 Some people in this world achieve success through hard work, and determination and some by stupidity one of the lads is Darren IShowSpeed. He has been quite a controversial figure in the streaming world since his rise to fame. The popular YouTuber is known for his “hot-headed” personality and antics, with which he’s managed to attract an audience of over 11 million subscribers to his YouTube channel.

His controversial words and actions on his streams have landed him in trouble on more than one occasion. He’s been the victim of multiple suspensions on the red platform and has received a permanent ban from Valorant as well as Twitch.

How did IShowSpeed achieve success in his career?

Speed began taking YouTube content and streaming seriously in 2020, around the time the COVID-19 pandemic began. His content and streams primarily focused on the NBA 2K video game franchise. Slowly, he built a small community for himself with the help of his streams, seeing modest growth throughout his first year of content creation.

Things began to take off for the young YouTuber in 2021. As he continued streaming 2K, Fortnite, and other games regularly. However, it became common for Darren to have meltdowns on stream, often yelling or throwing things. Clips from his streams, including his outbursts, were spread by fans on social media sites like TikTok.

One of Saturday’s biggest football highlights was the match between Sidemen FC and YouTube All-Stars watched by 27,000 fans at the home stadium of Charlton Athletic. This was the 4th charity football game organized by the YouTube group. At its peak, 2,400,000 people tuned in to watch the game live.

YouTube sensation IShowSpeed absolutely flattened fellow internet star KSI with a crunching tackle just seconds into a charity match. The Internet personalities on show offered plenty of entertainment for the sell-out crowd. By half-time, the YouTube All-Stars had taken a 4-3 lead over Sidemen FC, with Chunkz grabbing the pick of the goals – thrashing one home from more than 30 yards out.

Halland can only do tap in goals, never seen him do anything different one dimensional player

His video content aside, he is also famous for being a huge Cristiano Ronaldo fan and a Lionel Messi hater. “What the f**k is that highlight? Just a normal a dribble” – this is what the social media influencer says while watching the highlights of prime Messi!

In one of the episodes of Saturday’s game, Speed hit a Messi jersey out of a pitch invader’s hands. He’s got a thing against Leo! Also, during the game, Speed emulated Cristiano’s famous ‘SIU’ celebration. Just like his idol, he brought out the same energy within the fans in the stadium as everyone cheered for the youngster.