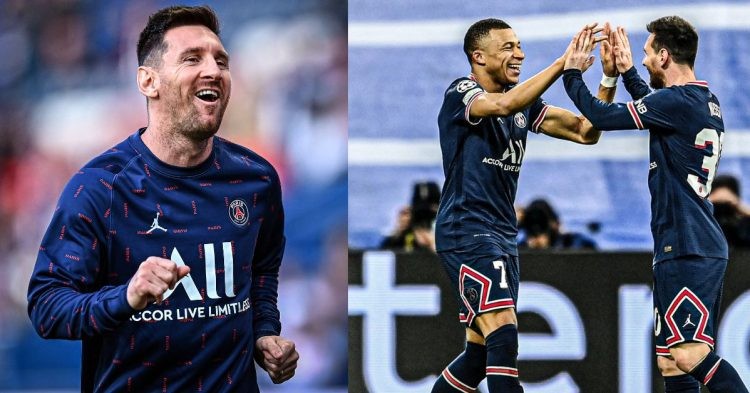 PSG are currently one of the best teams in the world. As we all know, they have football’s biggest super team. With world-class players in almost every position, they are surely one of the biggest contenders to win the 2022-23 UCL trophy. One of the main reasons for their contention would be their star trio of Kylian Mbappe, Lionel Messi and Neymar Jr.

Both Neymar and Mbappe joined the French club a few years ago, but could only come close to the UCL trophy once. That was in 2020, when they lost 1-0 in the final to German giants Bayern Munich. Just a year later, they brought the best player in the world and arguably in history to help them win the European competition. It was Messi, who had to leave Barcelona due to their financial troubles.

However, despite having one of the best attacks in the world, PSG have failed to bring home the Champions League. The reason for that may be their lack of chemistry, outdated tactics, defensive loopholes and many more. However, this season has been another story. And Leo Messi has even spoken out on his teammate, who is balling out as well.

Messi told TUDN Mexico, “Kylian is a different player, a beast who is very strong in one-on-one, who goes into space, who is very fast, who scores a lot of goals. He is a complete player and he has proved it for years, and in the years to come, he will certainly be among the best.”

As Messi said, Kylian is one of the best footballers of this generation. At just 23 years old, he has scored 142 goals for PSG and his former team, AS Monaco, in 190 appearances. Not to mention the legendary FIFA World Cup Mbappe enjoyed in 2018. He scored four goals during the tournament to help France win the most prestigious trophy.

Moreover, the young star became just the second teenager to score in a World Cup final, after the legendary Pele. In short, Mbappe has a bright future ahead of him, if he manages to stay on the right track. We have seen so many talented players disappear along the way as they lose their path.

Mbappe and Messi are currently aiming to help PSG bag the most-awaited UEFA UCL trophy, together with Neymar. They have enjoyed an exceptional season so far, as they sit at the top of Group H after winning both of their games. At this rate, they surely might win the trophy at the end of the season.