Ronaldo Says He Can Continue to Represent Portugal Till the Next Euros, by When He Will Be 39 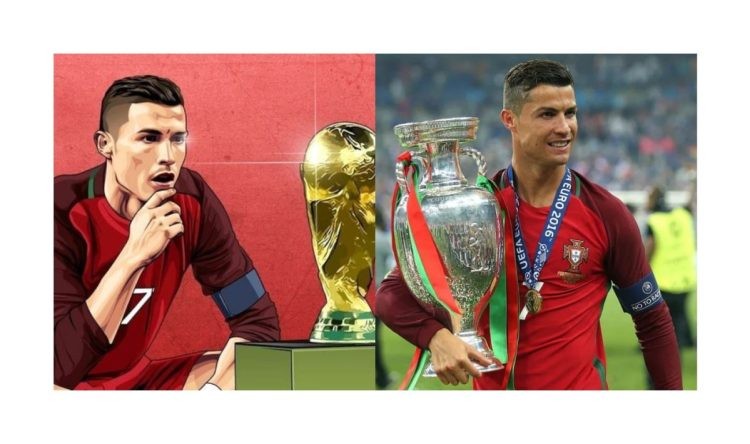 Speaking after collecting the Best National Scorer Award in the Gala Quinas de Our, Cristiano Ronaldo dismissed all claims of retirement. He said he intends to play on till the next Euros. By this time the Portuguese great will be 39 years old. Seeing his dedication to staying fit, this does seem to be outside the realms of possibility. The Manchester United striker has already made 189 appearances for Portugal and wants to continue his international exploits.

There has always been a split between football fans in choosing between Messi or Ronaldo. Messi recently surpassing Ronaldo in having more non-penalty goals has added fuel to this argument. Fans reacted to Ronaldo waiving away any possibilities of retirement.

You guys will be the one embarassed if you think ronaldo's finished now and playing til 39 will be a stretch. You'll be surprised to see how much he can still do once he gets back to his best. Not saying he will be world's best but he can still contribute more than you think

What kind of greediness is this?? I’m his fan but trying to prove he can continue for a long long time will only give his critics the chance to criticize him. Even now he can’t perform like he wants to so imagine 39yrs🤦🏾‍♂️

Whether Ronaldo’s retirement will be a curse or a blessing for Portugal will be seen. If the past is to be taken into account, Ronaldo for Portugal very rarely disappoints. The advantages of Ronaldo continuing to play for Portugal far outweigh the disadvantages. He might be denying certain young players starting positions but can be seen as a mentor for them as well. Besides this, scoring 117 goals in just 189 appearances is no mean feat, and his goal-scoring exploits are of great use to Portugal.

Can Ronaldo continue playing till 39?

In short, yes. Are there more advantages to him playing on till 39 than disadvantages? That will be seen. For Portugal, there seems to be no doubt that they require not only his goals but experience and leadership as well. He seems to be struggling domestically and many Manchester United fans want him gone as soon as possible. United boss Erik ten Hag insisted Ronaldo was in his plans for the rebuild but has not given Ronaldo enough playing time. January will be a very telling time in the player’s domestic career.

Of course, the upcoming World Cup will determine if he wants to continue playing, but his mind seems to be in the right place for his career. He wants to play in this World Cup and the Euros. His fitness will definitely not be an issue. After his medical at Juventus, his 33-year-old body was said to be as fit as a man in his 20s. He may not be as fast as he once was, but he has adapted his game very well and has transformed himself from a quick winger to a penalty box striker.