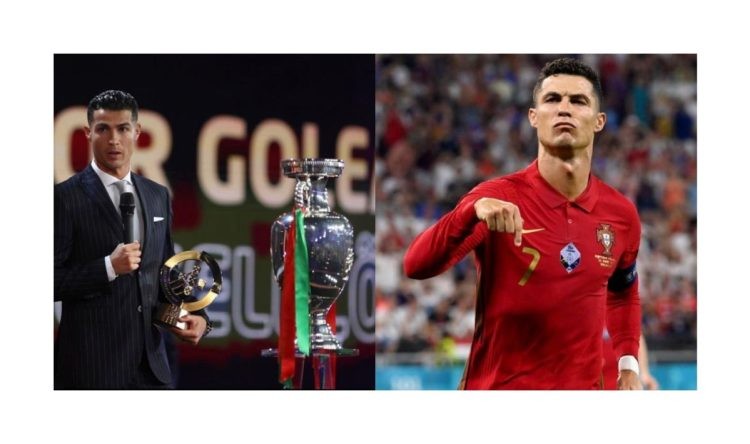 Cristiano Ronaldo is arguably the best player in the world, and certainly Portugal’s best player. The striker scored his 117th goal for Portugal on 5th June 2022, in a 4-0 win against Switzerland in the Nations League. He has represented Portugal 189 times followed by João Moutinho on 146. On Tuesday, Ronaldo collected the Best National Scorer award in the Gala Quinas de Ouro held in Portugal. This was to commemorate him becoming Portugal and the world’s top goal scorer. Teammates Ruben Dias, João Moutinho, Pepe, Roma manager José Mourinho, and Portugal manager Fernando Santos attended the Gala.

“Proud to win the award for the best national scorer for the country that I love! Thanks again to all my teammates, coaches, my family, friends, and all my fans who helped me to achieve this great achievement!” he said in an Instagram post.

Ronaldo and Santos on his form and World Cup Selection

In the interview following the collection of the award, Ronaldo said he is not worried about his selection for the World Cup. The Portuguese has scored just one goal this season and has failed to register an assist. Struggling for playing time, it seems like January could be a telling time for the Portuguese’s future. But all this talk of transfer will come after the World Cup. Ronaldo seems determined to finally get his hands on the trophy, and if there is anything you cannot question about the Portuguese, it’s his mentality.

The Portuguese manager Fernando Santos was quoted saying, “With him (Ronaldo) like with all the others, I try to understand what situation they find themselves in. I don’t think anyone doubts that Cristiano Ronaldo continues to be important for the (Portugal) selection.”

He was asked if he was worried about Ronaldo’s lack of playing time at Manchester United. “I have absolutely no worries about Ronaldo’s lack of playing time for Manchester United,” he said. “As with any player I have to work out what the situation is with him. But I don’t think anyone has any doubts that Ronaldo continues to be of great importance to the national team.”

Whichever club Ronaldo has played for, he has ended up becoming their greatest player at the time. Fans all across the world have reacted to Ronaldo collecting yet another award. There has been mixed reaction, as there always is when Ronaldo or Messi are involved.

That's one thing that makes him distinct. He always has great visions and is an exemplar for our younger generation. Long live @Cristiano

Fans have contrasting opinions on whether Ronaldo should continue playing for Portugal or not.

He realistically shouldn’t be starting for Portugal anymore

Portugal are one of the strongest teams heading into the World Cup. The players have been performing domestically but seem to struggle internationally. Their early exit in the Euros raised some eyebrows regarding the manager. Portugal though have backed Santos, who seems to get the best out of Ronaldo. This international break comes at a vital moment for Ronaldo, who will be happy to shift his focus away from club football at the moment.