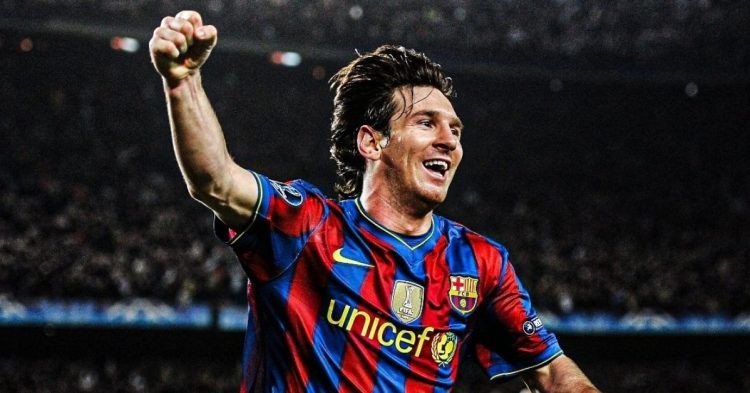 Lionel Messi bid an Emotional farewell to Barcelona last summer amid their financial obligations. He left on a free transfer for PSG and helped the club to reclaim their 10th record-breaking Ligue 1 title, although he took time to adapt, and was far from his brilliant best.

Despite, the fact that Lionel Messi has had an average first season at PSG last season. He pretty much played an important role for the Parisians to achieve the domestic glory. However, so far this season he’s looked back to the peak of his powers and is combining wonderfully with Neymar and Kylian Mbappe as the Parisians blow away the opposition in the French topflight.

Lionel Messi keeps his place at the very top, but Erling Haaland is closing in on him, while Benjamin Pavard stands out as the only defender on this list. 👏👏 pic.twitter.com/4lIpuQXtJQ

But, after settling well last season, Lionel Messi is in red-hot form this season. So far with Seven goals and eight assists for PSG this season, he has been utterly compelling and a joy to watch.

How much does PSG offer to Lionel Messi?

At 35 years old, the captain of the Argentine national team plays a fundamental role at PSG. He is key in Christophe Galtier’s squad, and the board confessed that they want him to stay until 2025.

However, the latest news and reaction from Messi’s camp pointed out that, “Lionel Messi hasn’t decided anything yet, Leo will make a decision about his future after the World Cup in Qatar.”

As, Kylian Mbappe earns a whopping 83 million euros a year, as revealed weeks ago by The New York Times. PSG offers 40.5 million Euros to the Argentine. That is, the same salary that he receives since he is in the Ligue 1.

Paris Saint-Germain forward Lionel Messi will not be making a decision on his future until 2023, according to Fabrizio Romano. Messi is entering the final year of his contract with the French club. Meanwhile, Lionel Messi reportedly has several options when it comes to his next venture, including a possible return to Barcelona.

Sources close to Lionel Messi insist he will decide his future in 2023, not now. Barcelona, already discussing internally of his return — and PSG will really try to extend his contract. 🚨🇦🇷 #Messi

Messi’s camp guaranteed that no decision has been made & nothing is advanced yet. pic.twitter.com/wYIV97IL95

One of the fans Commented, “he is coming home, get ready for the King, bring his crown back.”  While another said, “two clubs are dragging Lionel Messi right now, one wants him to renew, another wants him back home”

The social media has erupted with a variety of reactions as Fabrizio updated everyone on his current contract situation. The reaction from all the side has been positive. PSG think they will be able to keep the Argentine in Paris for more time. Meanwhile, there has been some speculations that Laporta wants Messi to return, and he will do everything to bring him back.

Messi’s final option is to join Major League Soccer and Inter Miami, where he would reportedly get a significant ownership stake in the club. This was reported in the offseason and hasn’t gained much steam since but remains a possibility from a pure valuation standpoint.

Inter Miami is valued between $600-650 million, and Messi’s reported 35% ownership stake if he joins would be worth more than $200 million. However, neither has made a formal offer at the moment.

The Argentine has the World Cup in his mind and winning the third title for his Country. In the group stage in Qatar, they face Saudi Arabia, Mexico and Poland. Everything states that he will decide his future after the World Cup in November.