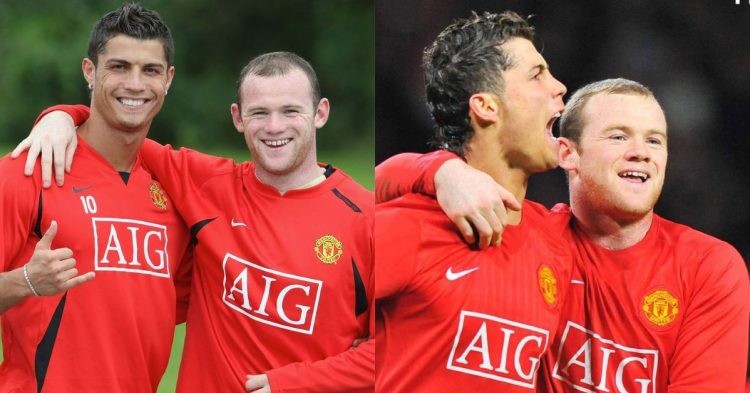 Former Manchester United forward Wayne Rooney urged Cristiano Ronaldo to be patient and count on the opportunities given to him. The Portugal international is clearly struggling, and is looking to work his way back into the club’s first team.

Ronaldo has started only one league game this season under Erik Ten Hag. The Portuguese was linked with a move away during the transfer window, though he was still in the plans of Ten Hag this season.

Rooney, who played with Ronaldo at Manchester United under Sir Alex Ferguson from 2004 to 2009, believes the 37-year-old will struggle with the lack of game time.

Wayne Rooney speaks about his teammate

There was a time at Old Trafford when we saw the legendary duo of Wayne Rooney and Cristiano Ronaldo playing together for United. Often described as’ The Brothers of Destruction ‘, we saw them destroying all the teams in the Premier League.

Rooney told reporters on Friday, “The manager’s obviously gone a different way in terms of how they’re playing and been successful.”

Furthermore, he said, “Cristiano … him and (Lionel) Messi are two of the greatest players to ever play the game, but ultimately time catches up with us all. He’s obviously not the player he was when he was 22 or 23, for instance. It’s a tough one for him.

“Knowing him, it’ll be very difficult for him to sit on the bench … I’m sure if he stays patient, his chance will come and, again, it’s then obviously him taking those chances and trying to force his way back in.”

Cristiano Ronaldo looks to fight back

Ten Hag opted to leave Ronaldo on the bench during the 6-3 defeat by Manchester City in the Derby last weekend, despite making five substitutions. The Real Madrid legend has only scored one goal for United this season, which came from the spot in the Europa League win over FC Sheriff.

United will travel to Goodison Park for a clash against Everton in the Premier League on Sunday, Subsequently followed by the return leg clash at home against Omonia in the Europa League on Thursday.

They currently occupy the sixth position in the Premier League table with 12 points in seven games. Meanwhile, they sit in second place in Group E due to a defeat against Spanish side, Real Sociedad.

With the Portuguese yet to score from open play this season, Ten Hag will look to give him some game time to bring his confidence back. Ronaldo would love to be back in form before the World Cup in Qatar.