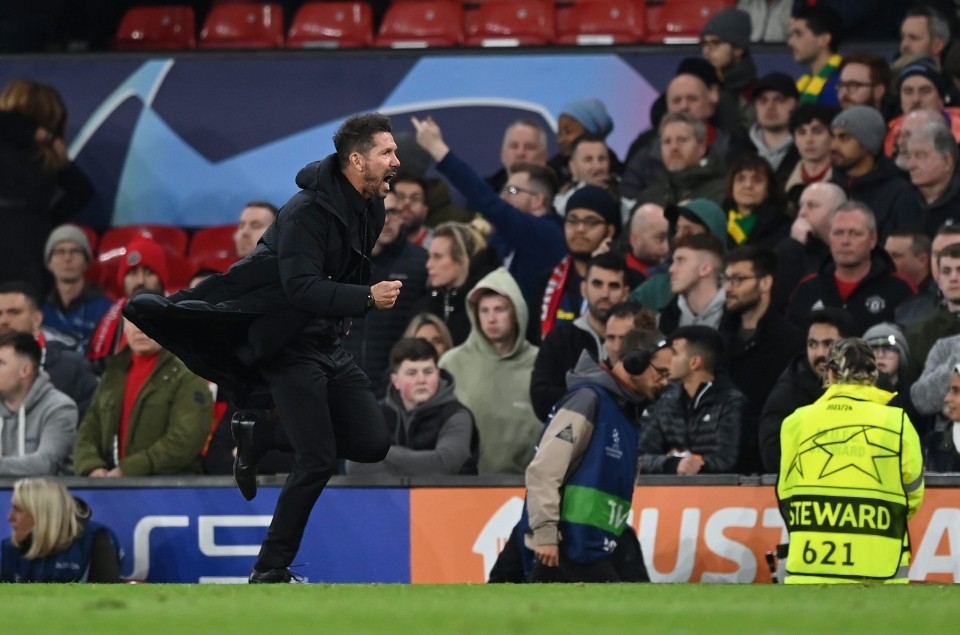 Atletico Madrid boss Diego Simeone was pelted with bottles by Manchester United supporters after their 1-0 defeat at Old Trafford. Following a 1-1 draw in Spain, Manchester United hosted the Spanish side determined to progress to the next round in the Champions League. Much to their dismay Atletico Madrid picked up a narrow 1-0 victory. The only goal of the game was scored by Brazilian Renan Lodi in the 41st minute.

At the end of the game, the Home fans could not control their emotions, as they hurled bottles at Diego Simeone.

Some fans through Diego Simeone with bottles after the game.
pic.twitter.com/lfmzpu8H72

Diego Simeone insists that he didn’t even notice that the fans were throwing things at him. In an interview after the game he stated

“No, when I came off the pitch, I ran because I was happy and I like to enjoy it in the dressing room. So I don’t know what happened. What you just said, all I was thinking about was getting into the changing room to the dressing room, and I was really happy.”

Manchester United have launched an investigation and are looking at the CCTV footage. Sources have said that the club will look to identify the fans and will hand a three year ban to those found guilty.

Man Utd reviewing CCTV footage to identify those responsible for throwing bottles at Diego Simeone at OT last night. Throwing of any objects towards the field of play is against ground regulations and subject to a three year ban.

Simeone attempts to dominate matches by occupying spaces and counterattacking. At the same time his sides are known for their relentless work rate and defensive compactness. Diego Simeone has brought an almost unrecognisable sense of stability to what had long been one of Spain’s least stable clubs. His passion and hard work has been translated into the Atletico Madrid side.

Simeone’s men know how to turn up, just as they did vs Ralf Ragnick’s side. Atletico surely are a team to watch out for in the Champions League this season.