“Literally Lost His Baby but You Talk Sh*t About Him Every Time”: Jamie Carragher Gets Slammed Amid Christiano Ronaldo’s Mental Health Crisis 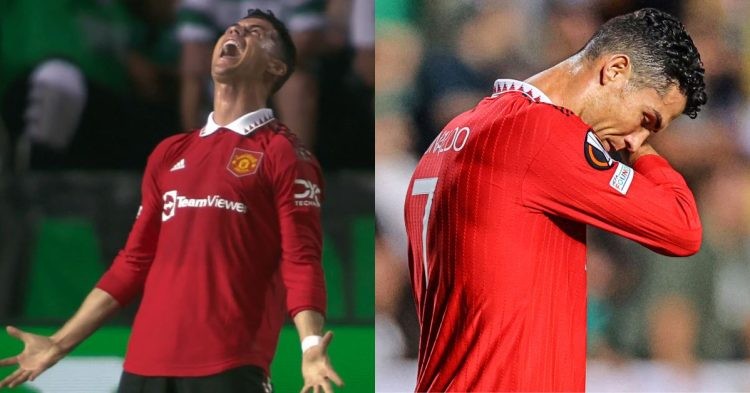 We have recently witnessed one of the most disastrous performances by Manchester Utd last season where they had to fight to qualify for the Europa league. For the season 2021-22 they signed superstars like Jadon Sancho: from Borussia Dortmund, Raphaël Varane  from Real Madrid, and Cristiano Ronaldo: from Juventus.

Even after spending money, they couldn’t qualify for the Champions league. They were placed 6th on the 38th matchday having a goal difference of 0 and won only 16 of the 38 premier league matches.

Manchester United players were criticized on every possible social media platform. The players have even received death threats .The defenders are blamed mostly for conceding 57 goals making a goal difference of 0.

Man Utd captain Harry Maguire was the most criticized player and a lot of memes and jokes were created to mock the players. Erik Ten Hag has reminded Harry Maguire that his position as Manchester United captain does not mean he is guaranteed a place in the team.

Fans often forget that at the end of the day the players also have a family and a life. Man Utd players were often victims of racial slurs and harsh abuse. Manchester United star Cristiano Ronaldo, reportedly met Jordan Peterson for a therapy session to treat his ‘depression’. Ronaldo was severely criticized for meeting with psychologist Jordan Peterson as the former posted a picture on his Instagram handle, saying “Nice to see you my friend #seeyousoon.”

Cristiano Ronaldo’s newborn son died on April 18, with the Manchester United star sharing the news on social media while requesting privacy for his family. Ronaldo and his partner Georgina Rodriguez were expecting twins and the April 18 Instagram message from the Portuguese striker revealed that the twin baby girl was born, but their son did not survive.

Harry Maguire revealed the horror of his family at the center of a bomb threat and insists a “line” was crossed. Manchester United captain Maguire was targeted in April when police investigated allegations of a bomb threat at his family home. That was the low point in a turbulent season for the England defender who is the public enemy No.1 because of United’s bad form.

🗣 “I feel it’s over the top, it’s bullying.” @Carra23 has his say on the constant criticism that Harry Maguire receives on social media pic.twitter.com/Ek8BKRbTRY

Many other players like Paul Pogba even left the club. It has come to notice that the players share a common mental state where the fans are bullying them. Football pundits like Jamie Carragher feel that Harry Maguire has achieved more than john terry and Rio Ferdinand in an English shirt.

NBA Players Who Are Jehovah’s Witnesses: The Truth About Brittany Schmitt’s Relationship With Danny Granger