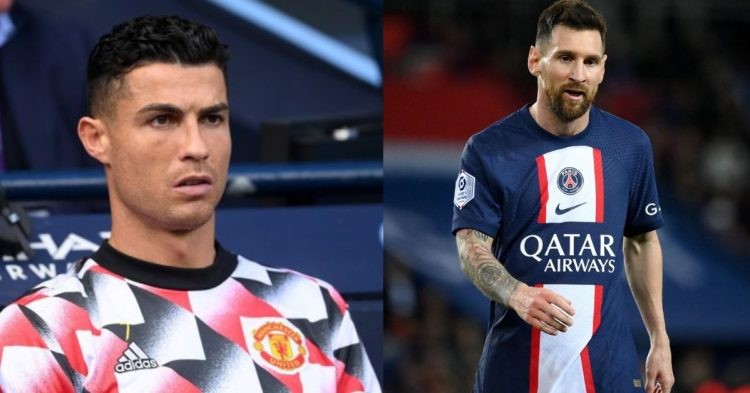 Lionel Messi and Cristiano Ronaldo have had very contrasting seasons so far. This can be seen with the attitude of the players on the pitch and their stats as well. While Messi has shone and announced himself in France, Ronaldo seems to be a shadow of his former self. He seems frustrated at his situation, and for a player of his stature to be on the bench for most of the games, this seems understandable.

This stat on the other hand, seems to be telling a totally different story.

Fans reaction to the shocking stat

Fans from both sides of the debate reacted to this story.

Exactly Ronaldo’s PR is crazy. Messi has been way better

Fans seemed to be trolling ESPN as well.

A lot of stats were being thrown around during this conversation.

“Ronaldo only has 35 more goals than Messi whilst playing 144 more games”.

Messi seems to be dominating in certain aspects of the stats.

Fans reacted to this comparison by GOAL.

The age old rivalry between Messi and Ronaldo continues into the world of stats as well. As seen in all other faces of the argument, there seems to be very little separating these generational players.

The truth behind this Lionel Messi-Cristiano Ronaldo stat

These stats, on first glance, seem to suggest that both Messi and Ronaldo have had similar seasons so far. This is hardly the case. While Messi has scored 12 goals this season, Ronaldo has scored just 2. The stat only shows that Messi had a poor start to his life in France last season and that Ronaldo thrived in Manchester.

While Messi scored just 11 goals last season, Ronaldo went on to score 24 across the domestic league and Champions League.

Lionel Messi seems charged and ready for the upcoming World Cup which he revealed would be his last. It seems to be his sole priority. Cristiano Ronaldo on the other hand is struggling for form. Despite this Ronaldo fans can take some hope from his spirited performance against Everton on Sunday, and hope that the talismanic striker can find his form of old.