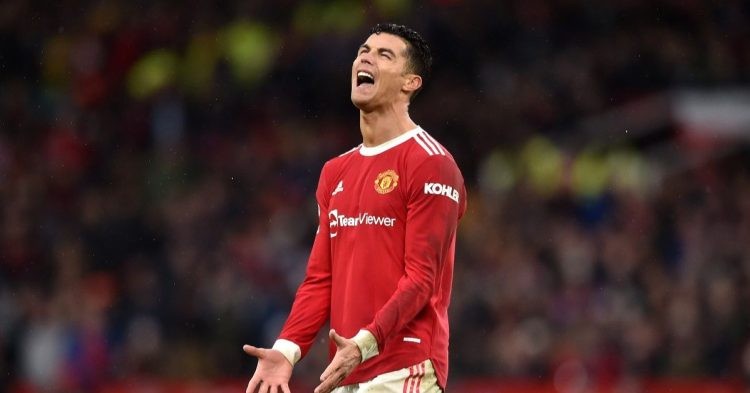 Cristiano Ronaldo has become one of the big talking points after the Manchester derby. The 6-3 thrashing saw Ronaldo sat on the bench as an unused substitute. News emerged earlier this week that Erik ten Hag would not stand in the way of Ronaldo leaving the club if he finds a suitable option in January.

“You can’t have your top goalscorer who scored 24/25 goals a season on the bench. I see Roy Keane talking about it, I totally agree. The hardest thing in football is scoring goals and this guy does it as good if not better than anybody.” pic.twitter.com/5TxDunxqUa

Fans and ex-players are furious over the management of Cristiano Ronaldo. They feel he has been treated unfairly and should leave the club as soon as possible. Roy Keane says that Manchester United and Erik ten Hag have been disrespectful towards Ronaldo.

Erik ten Hag has always said Ronaldo is a part of his plans at Old Trafford. Despite this, we have not seen him start in the Premier League since United’s 4-0 loss to Brentford.

Speaking after the Manchester derby ten Hag said he refused to bring Ronaldo on out of respect for his career. Ten Hag has also backed Ronaldo to silence his critics when he does perform but refuses to give Ronaldo any minutes on the pitch.

The main talking points of the derby were Casemiro and Ronaldo not starting. Both were frustrated figures on the bench. With giants like the two ex-Madrid stars sat frustrated on the bench, questions have started surrounding ten Hag’s plans for the future, especially for Ronaldo.

Fans have taken to Twitter and other social media to let their opinions on the Ronaldo situation be known. Many want the Portuguese gone, but for different reasons.

Fans have sympathised with Ronaldo’s situation.

Love him or hate him, all United fans should agree that Ronaldo leaving is best for him and the club.

Some agree with ten Hag’s selections and want Ronaldo gone.

The team with and without Martial is just completely different. Rashford is not a 9. Ronaldo way past his peak obviously.

Martial needs to stay fit now. And #MUFC should get another striker in January.

Essentially, we were playing without a ST for the first 8 games 🥲🥲

Whether Ronaldo stays at United or leaves, something has gone wrong behind the scenes. For a player of Ronaldo’s quality to get just 80 minutes of playing time in the season so far seems wrong. With players like Marcus Rashford and Anthony Martial, whose consistency is questionable at best, we can only speculate why Erik ten Hag does not want Ronaldo starting at the moment.

According to a telegraph report Ronaldo has been given the green light to leave United this winter. Erik ten Hag will not stand in his way if his agent Jorge Mendes can find a solution in January. Clubs like Chelsea, Sporting Lisbon, and Atletico Madrid have shown interest in the Portuguese. If United receive a satisfactory offer, they will not stand in Ronaldo’s way, as they did in the summer, and let him leave.

I love Ronaldo & would love him to stay at Manchester United.

Reality is, He wants to leave & Ten Hag is happy with that. But Joel Glazers has blocked any attempt at a transfer, forcing Ronaldo to stay.

The GOAT deserves better than to sit on the bench every week.#MUFC

Some United fans do want Ronaldo to stay at the club despite the poor performances and lack of play-time for him this season.