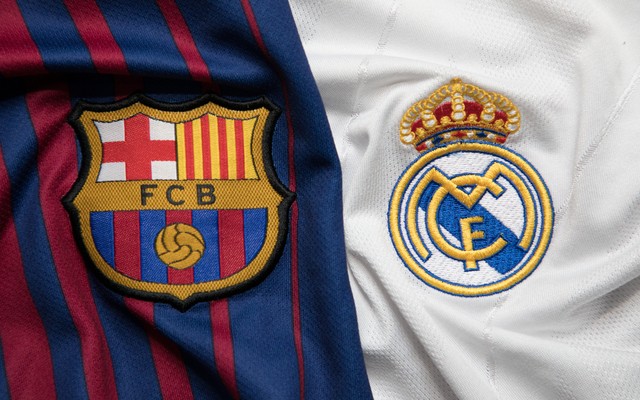 Barcelona outclassed Real Madrid in the El Clasico on Sunday. The Catalans handed their rivals a 4-0 thumping and could’ve scored more. It was a dominating performance that led to a famous away victory for Xavi’s men.

Leading up to the game Barcelona looked in great form but no one expected such a commanding performance. Barca in their worst season in the last 15 years defeated League leaders Real Madrid 4-0 at their own stadium.

Real Madrid were a completely different side. There was a hint of overconfidence in Real’s game and took the Catalans as easy opponents. The Los Blancos couldn’t do anything right and looked completely uninspired. They were without talisman Karim Benzema who is having a phenomenal season. The French Striker was key to his team’s victory vs PSG in the Champions League and maybe with him in the side the tide could’ve turned to Real Madrid’s favour.

Carlo Ancelotti could not hide his disappointment as he watched his Real Madrid side crumble to an emphatic 4-0 Clasico defeat at the hands of Barcelona. After the loss Ancelotti stated

“It is tough because it is a Clasico, for the fans when we play against Barca… it is a blow, we have lost a battle, we still have an advantage and we have to stay calm and get back our injured players. We were unrecognisable, everything went wrong, we have to forget that and move forward, we have a big lead [in La Liga]. I, the coach, am at fault.”

Xavi’s masterclass paid off at the Bernabeu. He has instilled the Barcelona style of play and has restored their identity. The Spaniard has won the hearts of the fans and the trust of his players. The atmosphere in the dressing room has completely changed and the club have now got the right mentality.

Barcelona’s forwards are on fire. Spearheaded by a resurrected Pierre-Emerick Aubameyang, the Los Blancos’ defence could not handle the speed and movement of the front three. Aubameyang scored two goals and picked up an assist, Ferran Torres notched up a goal and assist each and Ousamane Dembele delivered two assits.

Aubameyang and Barcelona’s resugence has gone hand in hand. He has 10 goals in 9 starts and has been in top form this season. Frenchmen Ousamane Dembele has reminded everyone why he once was one of the world’s most expensive players.

Barcelona’s defense has been on point too. They were extremely disciplined and kept a deserving clean sheet against Real Madrid. Centre Back Ronald Araujo was influential in the win, scoring an important header in the 38th minute. The Uruguayan has now scored against each of the other three teams in the top 4in La Liga this season: Sevilla, Atletico Madrid and Real Madrid.

Araujo: “Right back, center back… I will play wherever the mister wants me to.” pic.twitter.com/39AJTw1hqx

But the El Clasico was won in Barcelona’s midfield. The Spanish side’s middle three outplayed and outran Real’s veteran midfield throughout the fixture. They have been extremely important in Xavi’s plan and the comeback of the Catalans.

◉ Most tackles made for Barcelona vs. Real Madrid: Sergio Busquets (4)

◉ Most take-ons completed for Barcelona vs. Real Madrid: Pedri (3)

In just 134 days Xavi Hernandez has turned Barcelona 180 degrees. Barcelona are a team to be feared for the future and are undoubtedly back.