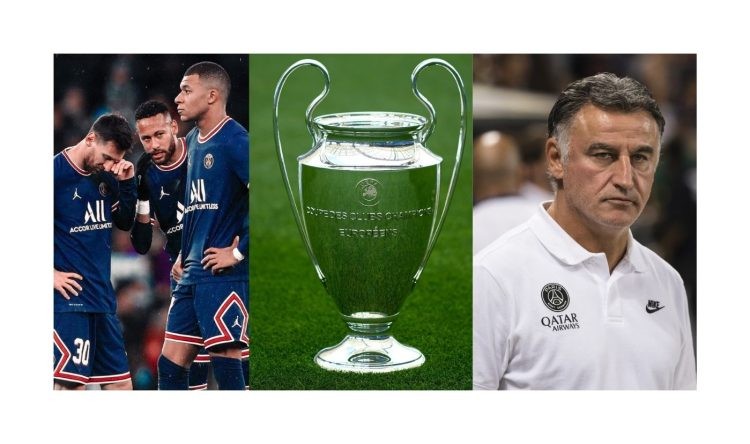 Can Galtier making Messi, Neymar and Mbappe fulfil their defensive duties get them their much awaited Champions League success? - images credit UEFA

Paris Saint Germain sacked Thomas Tuchel and Mauricio Pochettino in quick succession following failure in the Champions League. Both managers seemed to struggle to get their star attackers to join back in defense. This left huge gaps to be exploited in the mid-field. Speaking after PSG’s 1-0 victory in an important match against Lyon, defender Nordi Mukiele said that a manager shouldn’t expect Messi or Neymar to defend for all of the 90 minutes.

Mukiele on Messi, Neymar and Mbappe

Paris Saint Germain right back Nordi Mukiele spoke after his side’s win over Lyon. The French defender was asked about Galtier’s instructions to the front three.

“The coach simply talks with them, to tell them that they have to defend too. Afterwards, you are not going to ask Messi or Neymar to defend for 90 minutes. They manage to make the effort at certain times when they feel that it is complicated for the team.”

PSG have dominated the French League in recent history. The problem of the team not defending as a whole doesn’t seem to impact them much domestically. The problem only seems to arise when they face teams in the Champions Leauge.

“We are happy that everyone is defending. It’s normal, and that was it against Lyon. We are very happy to see them defend, but also attack because they are very efficient. We showed that we can all defend together, and we did it very well with the clean sheet obtained.”

Domestically, PSG’s form has been amazing. They have scored 26 goals and conceded just 4 this season. Marseille’s 1-1 draw with Rennes means they head into the international break 2 points clear of the nearest competitors.

PSG’s mid-week match against Maccabi Haifa got off to a start nobody had expected. The team from Israel took an astonishing lead in the 24th minute only for PSG to come back and win 3-1. Galtier recently highlighted how the lack of defensive contributions from his star-studded attack leaves huge spaces in the midfield. This has been PSG’s problem for a long time.

They have won both their matches in the Champions League so far. The wins have been against a weak Juventus side and a team making only their 3rd appearance in the competition. Despite this Galtier should feel positive about his side being unbeaten so far this season.

If they are to win in the Champions League against the biggest sides, they have to attack and defend as a team. The likes of Neymar, Messi, and Mbappe need to realise they have multiple roles in the team, and not just attacking.