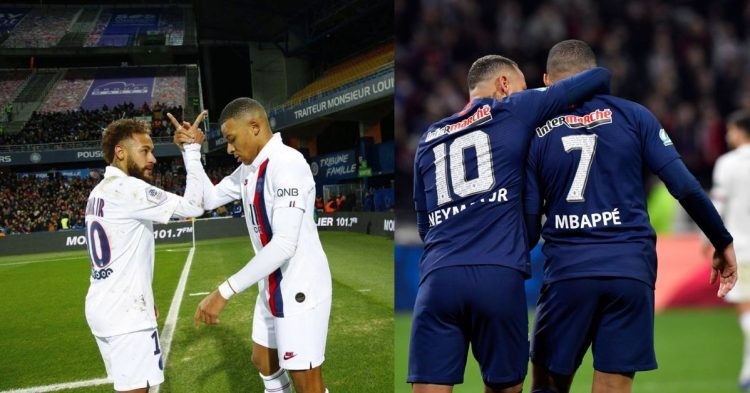 The relationship between the duo of Neymar Jr and Kylian Mbappe is disintegrating. Despite, being team-mates for nearly Five years.

In the 2017 Summer Transfer window, PSG was convinced they’d struck a diamond. With the arrival of Neymar Jr from Barcelona, they then proceeded to sign Kylian Mbappe due to his compelling performances from AS Monaco.

Nearly, half a decade on, however, the two former friends are now slowly turning into enemies. The move of the Brazilian star from Barcelona sent shockwaves around world football. Barca expected Neymar to stay, but when became clear that he was delighted by being the main man at the Parc des Prince.

For years, the duo has been good friends both on and off the pitch. The duo made sure that PSG continue to dominate in French football with a temptation to win the Champions League.

But, since summer, things have changed. No longer friends, they now look like enemies instead. At the start of the transfer window, many were expecting that the Frenchman would leave Paris for Real Madrid.

The Los Blancos were optimistic that the 23-year-old would finally make the move to the Bernabeau. Immediately after Mbappe signed a new contract, however, several leaks made their way out in the French media.

One claimed that the Frenchman had suggested the Sale of Neymar, believing it was time for PSG & the Brazilian to part ways. This is something Neymar still remembers now. It has rattled him, that a teammate, a junior one, would make such a request.

Neymar Jr has been in red hot form at the start of this season. He has scored 8 goals in 8 games and has provided 7 assists with one goal in the Champions League.

Neymar for club and country this season:

But Kylian Mbappe is yet to provide an assist for any of his team-mates. He has faced accusations of selfishness, and greed, despite his undoubted quality.

Neymar was asked about his relationship currently with Kylian Mbappe but he chose to dodge the question after Brazil’s 3-0 win over Ghana on Friday night.

Can Neymar and Mbappe win the UCL for PSG despite the ‘damaged relationship’?

The Brazilian pretend as though the question wasn’t important to him like it didn’t matter. We can clearly, see a tension arising between these two which may be disastrous for PSG, as the two big guns could collide into a serious matter in the future. The video was posted on Twitter earlier.

The duo was embroiled in controversy earlier this season when Neymar refused to hand a penalty over to Mbappe, sparking rumors of a dressing room brawl.

They appeared to have patched things up, but holes in their relationship manifested once again in the Champions League game against Juventus when Mbappe blatantly denied Neymar an obvious square pass, instead opting to go for goal himself from a tight angle.