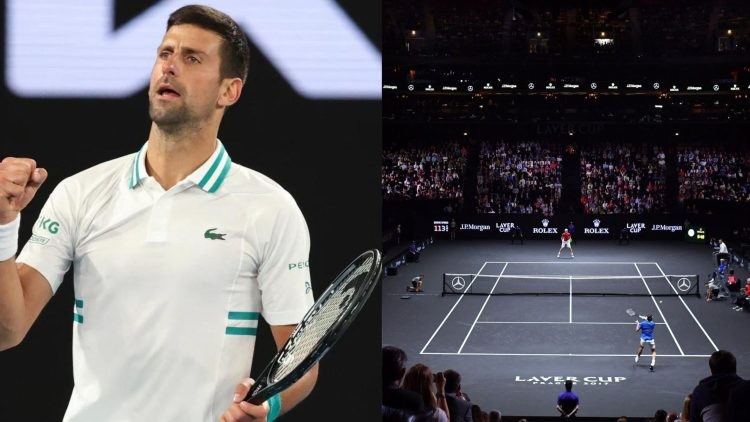 Novak Djokovic has recently affirmed his commitment to his participation in the much-awaited Laver Cup. For the first time in the history of the tournament, the Big 4 i.e, Rafael Nadal, Roger Federer, Novak Djokovic and Andy Murray will be playing together as they put a combined effort to fight it out for team Europe.

With Nadal, Federer and Murray already confirming their participation in the tournament, Novak Djokovic has also confirmed his intentions to participate. After Novak won his 21st Grand Slam title at Wimbledon he stated,

“Laver Cup is the only competition where you can have all the big rivals, the ‘Big Three’, ‘Big Four’ players joining in the same team,”

“Of course, it is [a] very different and exciting concept for us players, but also for the fans around the world.”

Djokovic will be participating in the Lavers Cup for the second time. He was previously a part of the 2018 winning Europe team, however, he lost two tiebreaker matches.

When is the Laver Cup?

The Laver Cup essentially puts six top players from Europe against the best six players from the rest of the World. There are five sessions in the tournament which are spread out over the course of three days. This unique concept excites tennis fans.

The fans would also be excited to watch Roger Federer back in action on the court ever since he took a year-long hiatus from the sport owing to injury issues. With the Big 4 members assembling as a team for the first time in the history of the tournament, it would surely be a treat to watch for the audience.