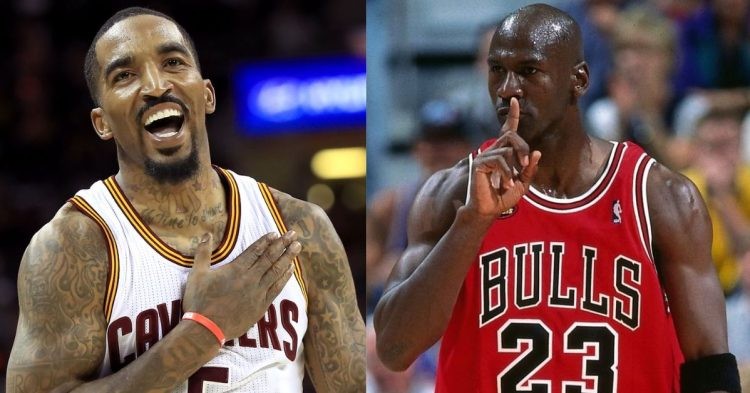 The NBA has had many players who remind us about what could have been with their career. JR Smith is one of the examples. He certainly had the talent to make it in the league. The New Orleans Hornets (now New Orleans Pelicans) drafted Smith as the 18th pick in the 2004 NBA Draft. He moved to the NBA just a year later than LeBron James, who joined the league in 2003.

JR stayed in New Orleans for two more years, before moving to the Denver Nuggets. Despite showing potential at times, Smith was not able to break into the team to be a starter. He jumped a few teams before finally landing on the Cleveland Cavaliers, where he won his first-ever NBA championship.

Despite winning a ring, it seems like JR still hasn’t managed to impress the great Michael Jordan. Recently, he recalled when His Airness took a dig at Smith’s career during a golf game.

“You had a good career, it wasn’t a great one.”

MJ’s hilarious comment on Smith’s former just brings us back to the days when he was a master at it. It is interesting to see that he still has it with him to this day. Many may think its harsh, but Jordan might have had a good reason for it.

JR Smith has won two championships, one with the Cavaliers and another with the Los Angeles Lakers. The interesting point to note is that LeBron was on both of these teams, meaning he did a huge part of the work. JR was not able to contribute to the title wins as much as he would have liked to.

3 YEARS AGO TODAY
JR SMITH’s infamous blunder in GM1 of the 2018 NBA Finals.

In addition to that, Smith did something he can’t forget to this day. During Game 1 of the 2018 NBA Finals, the Golden State Warriors were playing against the Cavs. The game was tied at 107 and when the Cavs had the chance to snatch the win as Smith got the ball, he turned around and ran the wrong way. The game went to overtime and the Warriors took the win.

He revealed recently that he is being ignored for his blunder a few years ago. Considering the hate and criticism he received after that, it makes sense why MJ thought he didn’t have a great career.